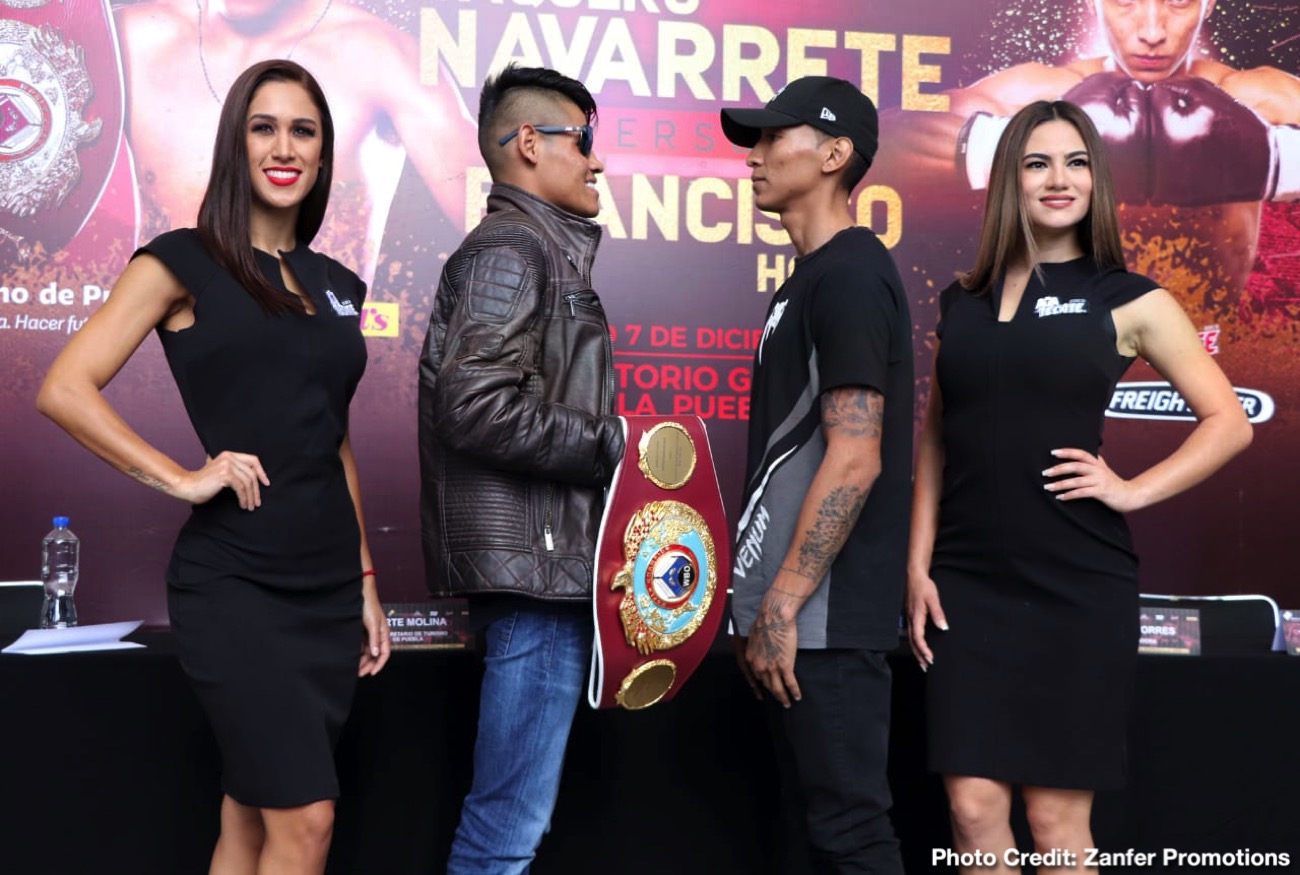 When it came time for the traditional post-press conference face-off, Emanuel “Vaquero” Navarrete smiled. He is excited to be home.

In the co-feature, Jerwin “Pretty Boy” Ancajas will make the eighth defense of his IBF junior bantamweight world title against Miguel Gonzalez. In the opening bout on the ESPN+ stream, three-time world title challenger Miguel Marriaga will battle Alfredo Mejia Vargas in an eight-rounder at featherweight.

The fighters went face-to-face for the first time Thursday at the final press conference. This is what they had to say.

“We are friends outside the ring, but I am sorry: Horta will pay for all the sacrifices that I have made during training camp. I am going to take it all out this Saturday on ‘Panchito.'”

“I’m just a few days away from completing my first year as world champion. I have to defend this belt that has cost me so much sacrifice, and I will not let anyone take it away from me. I can assure you that I will knock Horta out. That’s what I always try to do every time I get in the ring. He is the challenger, and I’m the champion, but I’m on the hunt. I’m going after Horta!”

“I think that a lot of people talk about Emanuel — and he deserves it — but that doesn’t worry me. I know what I have to do to come out victorious on Saturday.”

“I’m going to do my job, and I’m going to come out with my hand raised. On Sunday, everyone will know who I am.”

“I’m excited to fight here in Mexico. We prepared very hard, and I’m looking forward to a great fight with Gonzalez.”

“I am one of the longest-reigning champions in boxing, and I don’t plan to end my reign yet. I will remain a world champion for a long time.”

“I am prepared to do what I have to do to bring the world title to Chile. If I have to box, I will box. If I have to fight, I will fight. That title goes with me.”


« My take on Ruiz vs Joshua II