Mikey Garcia vs. Jessie Vargas in the works for Feb.29 on DAZN 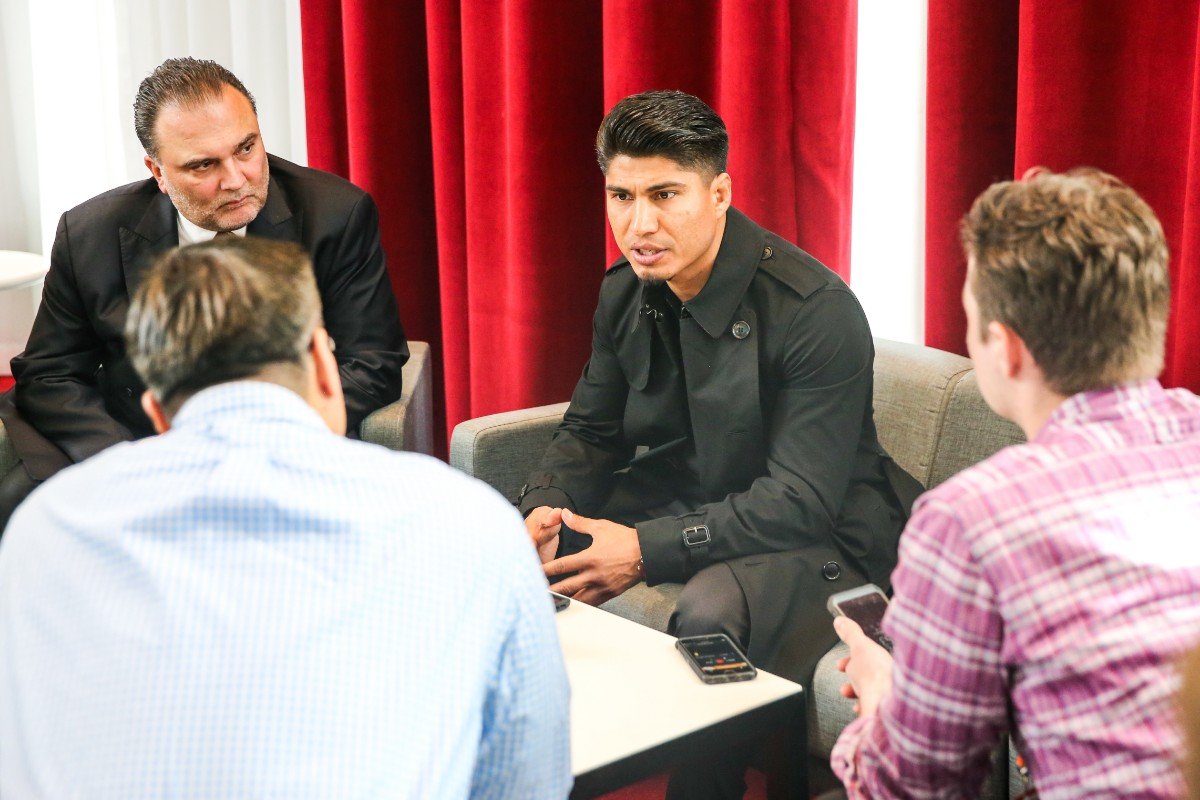 By Dan Ambrose: Matchroom Boxing USA announced the signing of former four division world champion Mikey Garcia (39-1, 30 KOs) to a one-fight deal plus an option for his next fight on February 29 on DAZN. Mikey’s potential opponent is Jessie Vargas (29-2-2, 11 KOs), according to @SIChrisMannix.

Mikey is reportedly getting $7 million for his February 29, which is a high number for a fight that no one is asking for. With Mikey getting that kind of money for his fight on DAZN on Feb.29, it’s difficult to imagine the fight making any money. Matchroom boss Eddie Hearn might not realize that Mikey vs. Vargas isn’t going to interest the American boxing public.

“He will return to the ring on February 29 and we will be announcing the opponent and venue shortly,” said Hearn about Mikey. “The talent within Matchroom Boxing and on DAZN is unprecedented – we look forward to an epic 2020!”

Will fans want to see Mikey Garcia vs. Jessie Vargas?

The fans will put up with a Garcia vs. Vargas fight if they believe that it leads to a bigger match later on. Hearn is counting on Mikey being able to bring in the subscribers to DAZN in high numbers. Mikey’s fight against IBF welterweight champion Errol Spence Jr. last March brought in 300,000 pay-per-view buys on Fox. Some believe that Mikey was the one that led to a lot of boxing fans ordering the fight. It’s much different situation Mikey fighting Spence rather than Vargas.

What happens if Mikey loses to Vargas? That’s something that Hearn is going to need to think about, because he’ll be giving away a lot of size. Vargas fights at 154 now. While he’s done zero in that division, he’s still a lot bigger than Mikey.

What’s being talked about is Mikey’s February 29 fight setting up a potential match between him and Manny Pacquiao in late 2020. Garcia’s fight on February 29 won’t likely bring in many subscribers to DAZN, but if he gets the Pacquiao fight later in the year, that would be the one that brings in the big numbers.

Vargas is a former two division world champion, but his career has stalled out following a one-sided 12 round unanimous decision loss to Manny Pacquiao in November 2016. In 2018, Vargas fought back to back 12 round draws against Adrien Broner and Thoms Dulorme. Vargas’ record in his last 5 fights is 2-

Mikey wants to win another world title, but it’s going to be difficult for him to do that at 147. He wants to stay at welterweight rather than go back down to 135 or 140, but he’s too small to win a belt at 147. Mikey has gotten kind of fat looking, and looks like he’s eating well at this point in his life. The slim athletic and youthful look that Mikey once had is now gone. His face looks chunky now like his brother Robert Garcia, and it’s hard to imagine him ever being able to return to 135.