Joshua vs. Ruiz 2: Cash in the Dunes – Will Lightning Strike Twice? 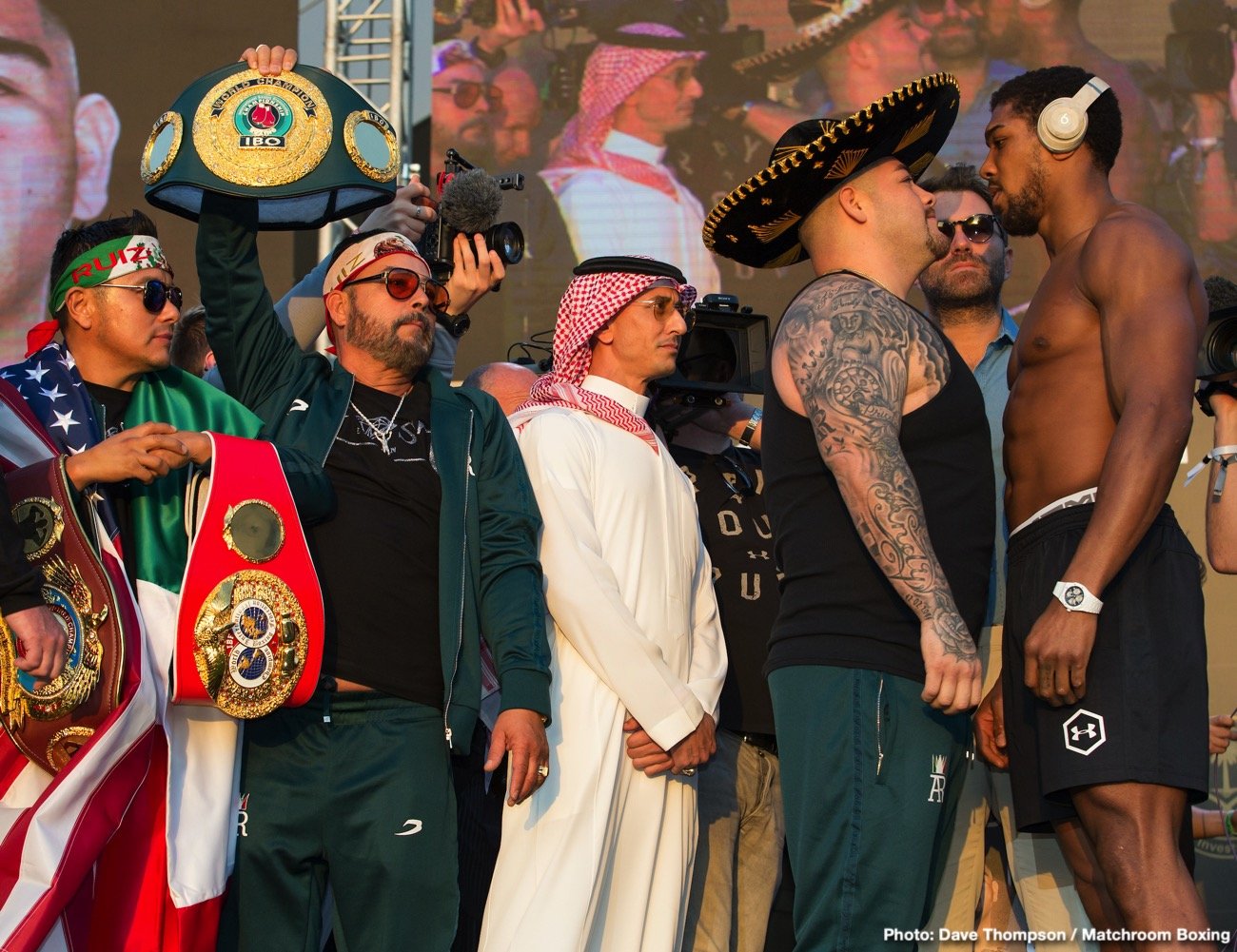 Cometh the hour, cometh the conundrum. A moody Anthony Joshua arrived in Saudi Arabia brimming with bad intentions and mentally confident his Rumble in the Jungle Ali moment of redemption is nigh. His Douglas-McCall-Rahman skydive was a mere blip in destiny. This journey of self-discovery was written into the sands of time. Andy Ruiz Jnr rocked up looking marginally slimmer and slightly nervy. No jokes, no Snickers bars. The fast-fisted baby-faced assassin now knows exactly what he has to lose.

Who will get sucked into the desert quicksand depends on whether lightning strikes twice. Less muscle bound and more mobile, AJ will get on his bike and look to jab his way to redemption in the March 2018 Joseph Parker fight mould. Six months on since Madison Square Gardens is unlikely to have reinvented the Brit crowd favourite, though. Maybe the lost weight will give Joshua a little more gas in the tank. Are the 9 pounds of muscle AJ told the BBC’s Mike Costello and Steve Bunce he’s shaved off since 1 July just too power sapping? Better tailored sparring maybe adds a 5% better chance of success.

The problem is Ruiz Jr is the perfect storm for AJ’s style. His own tank is one of the best in the business, his feet smarts are under-rated, his timing when to attack is icy calm and the man has a granite jaw. Joshua, in hindsight, deserves far more credit for soldiering on in the face of the July onslaught in New York. Watching the horror show back months later shows he moved pretty well, his energy levels were decent even after being spatchcocked in round three, he fought back and didn’t choke. What first sounded like concussed jabbering between rounds now comes across as educated chess match thinking to try and out-strategize Ruiz. All credit to AJ to be fair.

None of this might matter because Storm Ruiz is relentless. AJ can work his socks off to improve his conditioning, smooth out his round muscles to fast-twitch fibres and work incessantly on his jab. The Watford man is back on message, talking about the destiny of his journey and the challenges ahead. Is Joshua yet again peering past the man mountain over the horizon towards journeys end – the mother of all super fights against Deontay Wilder and Tyson Fury? AJ seems to be doing everything he can to plug the storm, being mentored by Klitschko, training at midnight to acclimatise to fight time, visiting the 15,000 seater Diriyah Arena to visualize the bout and switching up trying to squat 200 kilograms and bench press a house in the gym, as he put it, to hardcore cardio sparring.

Ruiz, meanwhile, can walk around with quiet confidence. He’s taken the best of AJ and rode out his own crisis moment. It isn’t so much the punch that floored Ruiz in the third in New York that’s telling as the far harder straight right he ate up unflinchingly within seconds of getting up. That kick of a mule would have sent most mortals to sleep. Ruiz barely blinked. All this is bad news for camp AJ. 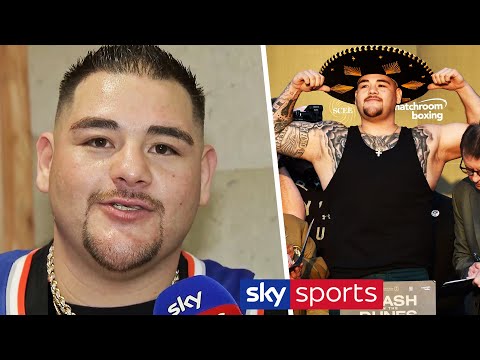 There are three ways this fight can end, almost certainly inside the distance.

1. Flight: AJ gets on his bike, feints, looks to out-jab Ruiz, mixes it up, controls the distance, keeps a high double guard and keeps the Mexican second guessing. Throw the menacing uppercut that cut down Klitschko, an absent weapon in the first bout. If Joshua counter boxes he’s less likely to get tagged coming in. A pawing jab won’t wash: he needs to double up sharp and from the start target the body to wind and slow down Ruiz. The AJ of the Joseph Parker fight, sporting sharp reflexes, has a decent shot. Lacking the better boxing skills of a Parker, Ruiz will catch up with AJ. With the footwork of a Tango dancer – slow, slow, quick, quick, quick – the Mexican has already shown with a succession of Parker, Alexander Dimitrenko and Joshua how he cuts down distance and exploits opening after opening. A tiring AJ may be comfortably picked off well before round 10. Resistance is futile. A brutal Ruiz won’t do a Klitschko and let him off the hook. Also beware the concussing night night shot: the punch to the back of Joshua’s head was no fluke. The same weapon popped up against Parker and Dimitrenko.

2. Fight: at some point the slugger in AJ’s brain will get over-excited and let loose. He can’t help himself and is claiming he’s been “punching like a horse kicking”. Unless he can keep his muscles relaxed, everyone now knows that after three combinations he’s spent, depleted of oxygen. The leaking defence gets waterlogged. At that point he becomes a sitting duck for the Destroyer.

3. Freeze: being champion is new territory for Ruiz. Is he fretting about his ego, status or future wealth and endorsements after being catapulted into stardom? As Cus D’Amato said, “Fear can build you a house or it can burn it down.” If his head has been turned, AJ has a shot of lighting the fuse. Ruiz travels well and always performs. He’ll be ready and is more likely to feel at home in the Middle East than Joshua. His promise that “All the hard work’s done. Now it’s time to have fun” sounds ominous. The weather could play a part. AJ will be more suited to the 16 degrees C midnight open-air temperature than the hot-blooded Mexican. Even if Ruiz does lose, he won’t sink towards oblivion like McCall and Rahman. He has all the tools and time to come again and would have a shot at beating the top crop of heavyweights, including Wilder. Only Fury’s ghost-like reflexes would frustrate Ruiz.

The pundits reckon this is a real 50.50 fight. I’m inclined to think it’s more 70/30 in favour of Ruiz. This is redemption time for AJ’s reputation.

Speaking of reputations, is chasing cash in the dunes of Saudi Arabia a moral clash for Joshua? Home advantage at Wembley or Cardiff in front of 80,000 fans would have given him a massive psychological kick. In football terms it’s like having an extra man on the pitch. Joshua likes repetition and routine. Place doesn’t bother Ruiz who almost won the WBO belt against Parker in Auckland. 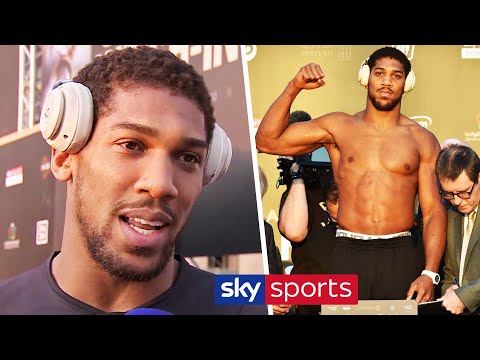 No doubt Saudi is a dull venue for the fans, who can’t let their hair down over beers and, no disrespect, are unlikely to chill out by touring Mecca. The passion of the Saudi fans can be questioned too. Their willingness to serenade Sweet Caroline will speak volumes. This fight wasn’t made in a sweaty gym for the sake of the punters but in a bank. For Matchroom, Sky and DAZN it’s win-win. The less fans that travel the bigger the pay per view figures. The boxers and promoters purses skyrocket. Good luck to them. Saudi buys a slice of sporting history for the tiny elite who care. Boxing becomes more of a gladiatorial bloodsport than a social happening to bring people together.

The Kingdom of Saudi Arabia’s human rights violations are well rehearsed and don’t need preaching about here. Just read the Human Rights Watch 2019 World Report or Amnesty International’s concerns to get a view on arbitrary arrests, trials and convictions of peaceful dissidents, the large-scale crackdown against women’s rights and the intolerance towards public worship by religions other than Islam.

How the event will touch the everyday man and woman on the street is dubious. Will working and middle class Saudi even come out to play? If the promoters wanted to chase cash, boxing might have been better served by turning to Macau, China or Japan, home to hardcore fans.

Does the rise of vanity boxing bouts mark the beginning of the end as the sport turns into a virtual spectacle? Let’s hope not.

Joe Joyce vs. Marco Huck on Jan.11 in Hannover, Germany »