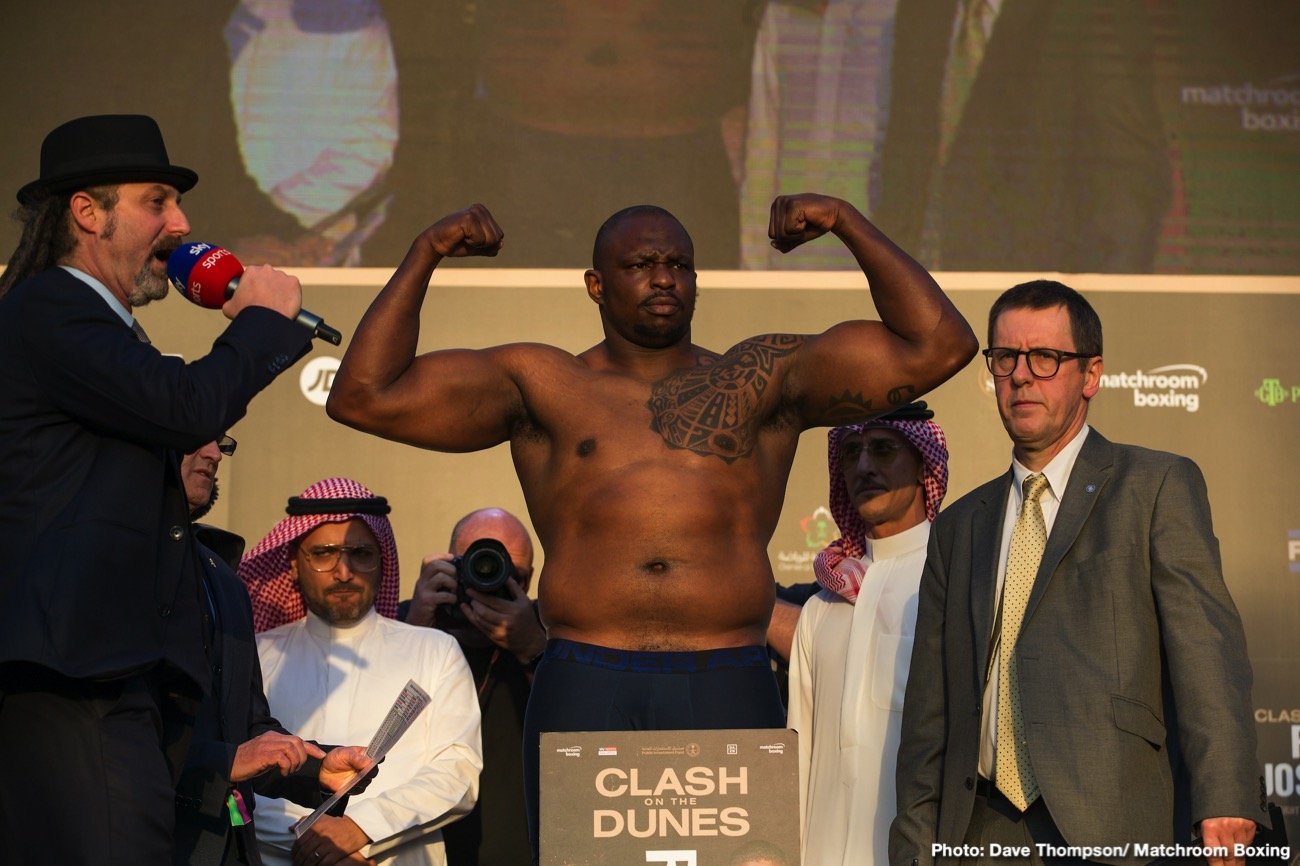 By Tim Royner: UK Anti-Doping has cleared British heavyweight Dillian Whyte over his adverse findings from his recent decision win over Oscar Rivas last July in London, England. UKAD has determined that nothing from his test indicates that he had used steroids. They said that adverse findings were indicatiive of contamination.

This is good news for Whyte (26-1, 18 KOs) going into his 12 round fight against Mariusz Wach (35-5, 19 KOs) this Saturday night at the Diriyah Arena, in Diriyah, Saudi Arabia.  The two will be fighting on the undercard of Anthony Joshua vs. Andy Ruiz Jr. on DAZN and Sky Sports Box Office.

Whyte, 31, had tested negative with VADA 3 days before, and the megabolites for the adverse findings were low.

Unfortunately for Whyte, he’s already been replaced by the World Boxing Council by Tyson Fury as WBC heavyweight champion Deontay Wilder’s mandatory challenger for 2020, and he’ll need to wait until 2021 before he gets his mandated title shot. UKAD

Since Wilder and Fury are already scheduled to faight on February 22, it’s too late for Whyte to fight for the World title in 2020. WBC champions are only required to make one mandatory defense per year, and Fury has already got the 2020 slot.

Unless Whyte wants to go in another direction for a title shot, he’ll have to wait until 2021. Whyte isn’t in the position to force IBF/WBA/WBO champion Andy Ruiz Jr. to fight him, due to him not being ranked in the top 15 by any of those three sanctioning bodies.

The disappointing thing about all of this is it took UKAD five months before they finally cleared Whyte. If this had come much sooner, things would have been so much easier for Whyte. Not only would Whyte be the one facing Wilder next, but he wouldn’t have had months of not knowing how investiation would end.

Here’s some of UKAD’s statement:

“In respect of Mr Whyte’s drug testing results, the following points are relevant:

• There is nothing in Mr Whyte’s longitudinal urinary profile to suggest that he has used steroids.

• The levels of the metabolites found in Mr Whyte’s 20 June 2019 sample were extremely low.

• Mr Whyte had provided a urine sample to VADA on 17 June 2019, i.e. 3 days before his 20 June 2019 sample, which was tested by a WADA-accredited laboratory and which returned a negative result, including for the metabolites in question.

• Mr Whyte provided several other doping control samples to UKAD and VADA between 20 June and 20 July 2019 (i.e. the date of his fight with Oscar Rivas) – all of which also tested negative.

• In light of the above points, the trace amounts of metabolites found in the 20 June 2019 sample are consistent with an isolated contamination event, and they are not suggestive of doping.

For those who believed in me I won’t forget you . To those who didn’t, I won’t forgive you and I know who you are.
#bodysnatcher #no1 pic.twitter.com/ncmVXDPHt4 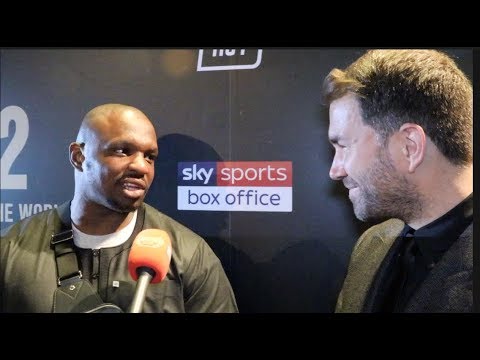 Joshua vs. Ruiz 2: Cash in the Dunes – Will Lightning Strike Twice? »