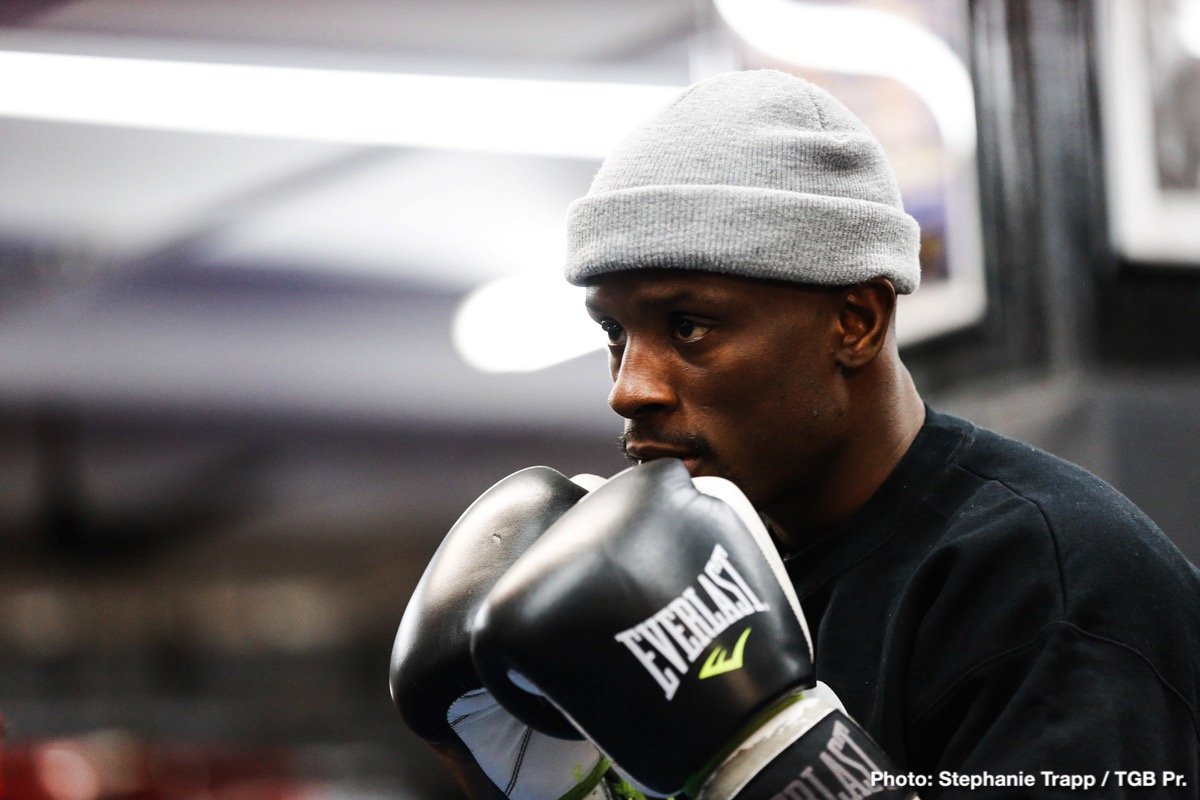 Hurd says the self confidence that Harrison has going into this fight will be too much for Charlo, who he feels is “mentally weak” and a fighter is too emotional for his own good. It’ll be interesting to see if Charlo can fight in a more controlled manner in the rematch Saturday.

Charlo, 29, and Harrison are headlining on Premier Boxing Champions on Fox in their rematch. Harrison defeated Charlo by a narrow 12 round unanimous decision last December in New York.

Former IBF/WBA junior middleweight champion Hurd (23-1, 16 KOs) is fighting in the co-feature bout against journeyman Francisco Santana (25-7-1, 12 Kos). Hurd lost his titles in a 12 round decision defeat against Julian ‘J-Rock’ Williams last May.

Charlo can only win by a knockout – Hurd

“Harrison is so confident, it’s hard not to go with him,” said Hurd to Fighthype in picking Tony to beat Jermell Charlo. “Better friends with Harrison. Me and Charlo had our times. That’s not the reason for my decision. It’s just the confidence of Harrison, man. He’s going into this fight like he’s the better man, and I believe he’ll go out there and put on a masterpiece.

“I can say that because Charlo knows what’s on the line, he’ll have prepared for this fight a lot better than last time,” said Hurd. “That could be dangerous for Harrison. If it goes 12 rounds, I’m giving it to Harrison.

The only way Charlo can win is by knockout. I think it plays a lot, because I said in one of my recent interviews, Charlo is mentally weak. Once you get in his head, you can take control of him. I think it’ll play a lot. It’ll allow Charlo to fight off of emotions instead of thinking in there. So it can do a lot of harm living up there rent free, ” said Hurd.

The way that Charlo seemed to unravel mentally each time Harrison was in his presence in the lead up to this fight, Hurd could be right. Charlo is too emotional, and he seems too out of control. In contrast, Charlo’s twin brother Jermall is a lot more relaxed, and doesn’t come unglued nearly as easy. That’s not to say that Jermall isn’t someone that loses control over his emotions at times, but he’s not as emotional as Jermell.

In their fight last December, Harrison boxed Charlo, and used his jab to pick him off all night. Charlo wasted a lot of valuable time trying to knockout Harrsion, and that proved to be a big mistake.