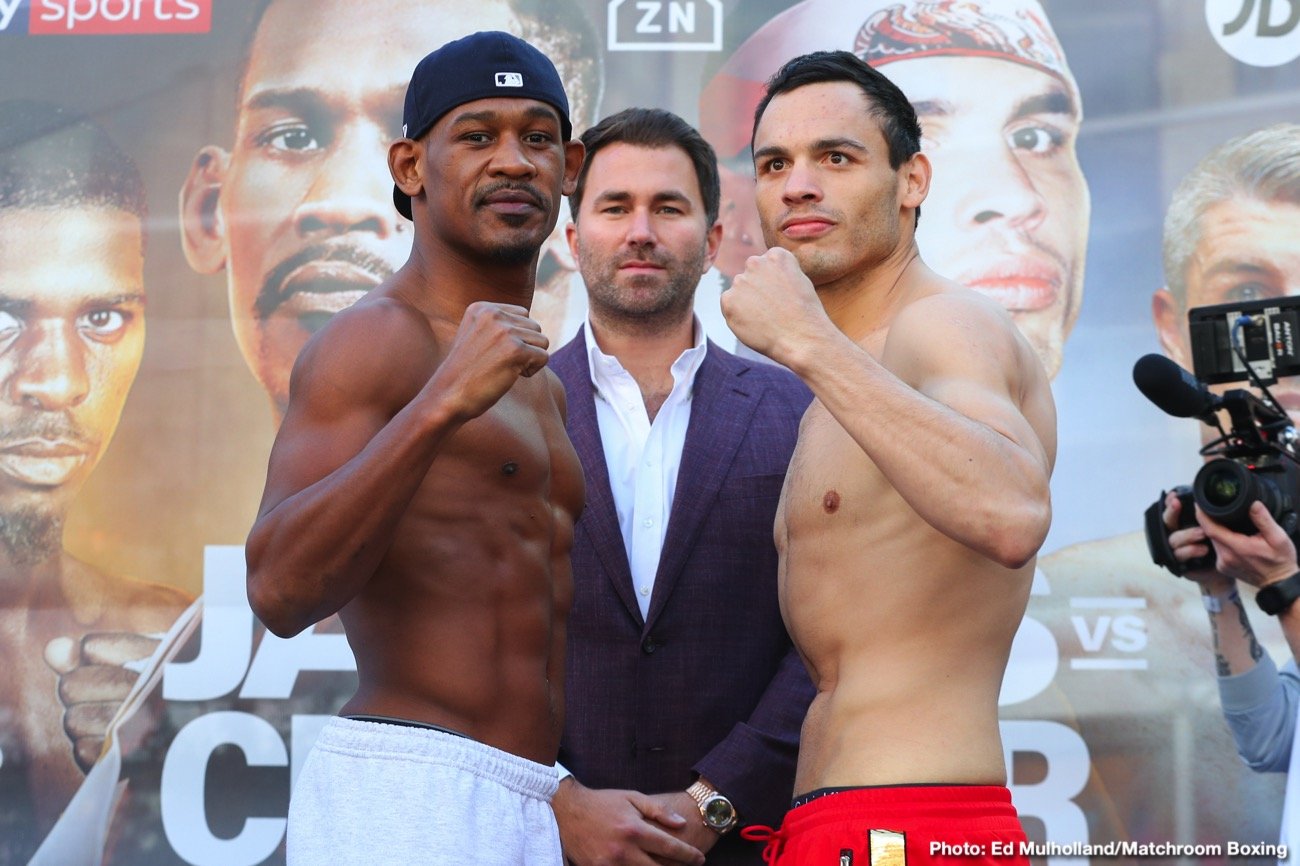 The main card of the evening will feature Julio Cesar Martinez taking on Cristofer Rosales for the vacant WBC World Flyweight title in a 12-round bout, and Maurice Hooker will make his Welterweight debut against Uriel Perez in a 10-round bout. The preliminary bouts will showcase Liam Smith battling Roberto Garcia, Josh Kellygoing up against Winston Campos, and undefeated Reshat Mati taking on Rakim Johnson.

Ahead of their bouts tomorrow night, the fighters stepped on the scales for the official weigh-in on Thursday afternoon. 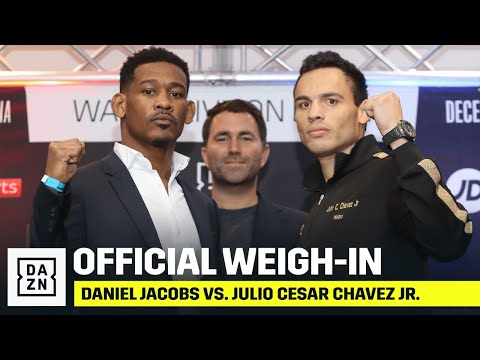 The main card of the evening will highlight Julio Cesar Martinez taking on Cristofer Rosales for the vacant WBC World Flyweight title in a 12-round bout, and Maurice Hooker will make his welterweight debut against Uriel Perez in a 10-round bout. The preliminary bouts will showcase Liam Smith battling Roberto Garcia, Josh Kelly going up against Winston Campos, and undefeated Rashad Mati taking on Rakim Johnson.

Ahead of their bouts, the fighters took the podium in a press conference on Tuesday afternoon to discuss their preparation, and excitement going into Friday night. 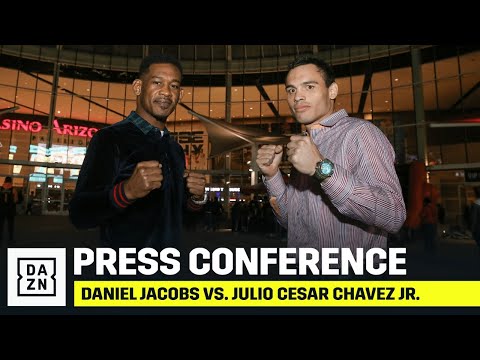 “We’re happy to be here in Arizona. What a year we have had on DAZN, our first year promoting shows here in America. Tons of great fights, and who can forget the sweet moment when Anthony Joshua recaptured the heavyweight championship of the world in Saudi Arabia. We’re ready for another big night on Friday. We’re learning so much about the American market, and coming here seeing the response from Arizona has been incredible. It’s going to be a terrific atmosphere for the main event, Jacobs vs. Chavez Jr. at 168 lbs., and can’t wait for the young fighters coming through on the undercard. This is a big fight week, and so much talent we’re going to talk too.

It has been a magical year, this fight for me was a natural for me. When Jacobs lost the middleweight title to Canelo Alvarez we felt it was time to move up to the super middleweight division. Julio Cesar Chavez Jr. we know about the popularity with Julio, his father, this seemed like a natural fight to make. If you’ve watched on social media, Julio’s preparation for this fight, it looks like he has been training seven to eight times a day for this fight. This is Julio’s big opportunity to come back, and for Daniel Jacobs it’s his time to set up a shot at the world title in 2020.”

“First off l like to thank the fans of Arizona. The amount of attention I’ve gotten has been through the roof. The fight fans are excited for a big fight card such as this, and I look forward to putting on a great show. I want to thank Eddie Hearn, Matchroom and DAZN for allowing to me display my skills on such a platform on such a level every boxer dreams of. I want to thank Chavez for accepting this fight, and his lawyer for doing a such a great job for making this fight happen.

This is a great opportunity for me. I’m stepping up to the super middleweight division. I feel like this is the perfect weight for me. I’m two pounds away from 168 lbs., and that’s probably the first time ever. I’m probably going to eat breakfast the morning of the fight. I feel strong, my whole camp has been positive and happy. I couldn’t have asked for a better camp than what I’ve had. I look forward to displaying those skills we worked on in the gym come Friday night. When I fought for the championship at middleweight and campaigned in the middleweight division for the last two years, you don’t understand the amount damage I put on my body to make weight. We’ve been looking exceptionally well inside the gym, but those last two weeks is when we leave it it in the gym, and now I have the opportunity to carry over the skills, be hydrated, be 100%. Now I can let the skills my team sees, and give the world an opportunity to see that. I look forward to this test come Friday night. God willing we get the victory we can move on to bigger and better things.”

“Thank you Eddie Hearn, Matchroom and DAZN for giving me this opportunity. Thank you to Jacobs for giving me this opportunity in my career. I’m ready for this fight on Friday, I’m on a diet, I’m ready. I know Jacobs is a very good boxer and fighter. I’m 100% ready for this fight. I know him, I’ve seen him in fights, saw him in the loss to Canelo. I’m ready this will be a great fight. Thank you to my lawyer for helping me in this big movie with the commission. I’m ready and I came to win this fight.”

“I hope we have a great fight this Friday and let the best man win.”

“I have nothing much to say, I’m really happy for this fight. My rival is a bigger height, but I respect him and all the fighters that are here. Hoping to close very well.”

“I got called for this fight on Sunday, which is awesome because my anniversary was on Saturday. Some think it’s short notice, but it’s not cause as a fighter it’s never short notice. I’m grateful for this opportunity, and I’m going to make the best of it.”

“Glad to be fighting again. I’m happy we got a good opponent, Roberto Garcia is coming to win. I know he will be fit and ready. I’m in very good shape and had a very good camp. Looking forward to fighting, and want to be back in the mix for the titles.”

Former middleweight champion, Daniel Jacobs and Julio Cesar Chavez Jr. gathered for the official press conference to announce their showdown on Friday, Dec. 20 in Phoenix, Ariz. The event will be streamed live exclusively on DAZN, which is available on any connected device.

“Excited to back in the ring with a great opportunity against Julio Cesar Chavez to show my skills in the super middleweight division. It’s an opportunity to be strong, and go inside the ring fully healthy, no excuses outside. I think this will be my show. This is a perfect caliber opponent, and complements my style very well. This sport can be very unforgiving, and the thrill can be gone. My dear friend Patrick Day, I lost a great friend of mine. It’s really hard to move forward, but I will always have him in the back of my mind. Boxing is not the same, but I want to maximize my full potential. I look forward to continuing in the super middleweight division, and I’ll see you all Dec. 20.” 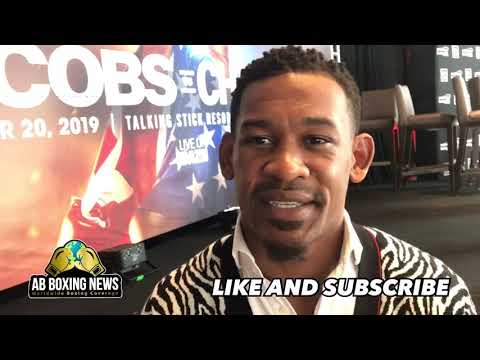 “I’m so happy to be here and this opportunity given to me. I’m going to be ready, and I’m going train hard for this fight. I’m very happy about this fight.”

“This is a huge fight to end the year. The last few weeks we have seen fight of the year candidates continuously. On Dec. 20, we cap off with a fantastic fight. Danny Jacobs coming off a great fight against Canelo Alvarez, losing his IBF Middleweight belt, now moving up to 168, which I think will be a brilliant division for him. And Julio Cesar Chavez who has had his ups and down, now gets a great opportunity to fight where his father last fought.” 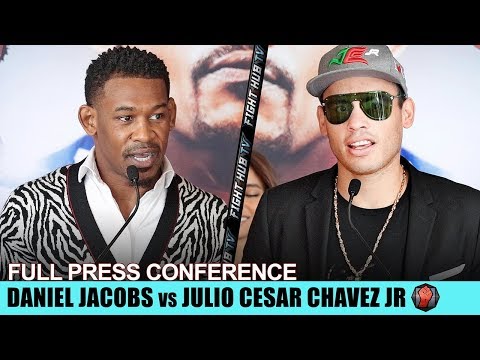 “Fight season continues. And Jacobs vs. Chavez Jr. will be a spectacular way to close out 2019. In the final four months of the year, our subscribers were treated to who’s who of boxing’s best:
Canelo, Kovalev, GGG, Anthony Joshua, Andy Ruiz, Devin Haney, Ryan Garcia, Josh Taylor, Regis Prograis – and now we add Jacobs and Chavez Jr.

It’s a fascinating fight between high-profile former champions and we think it will create a lot of buzz within the boxing community.” 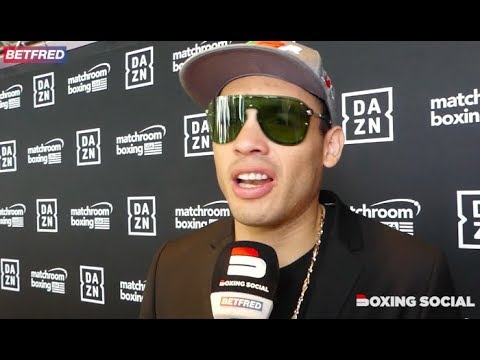