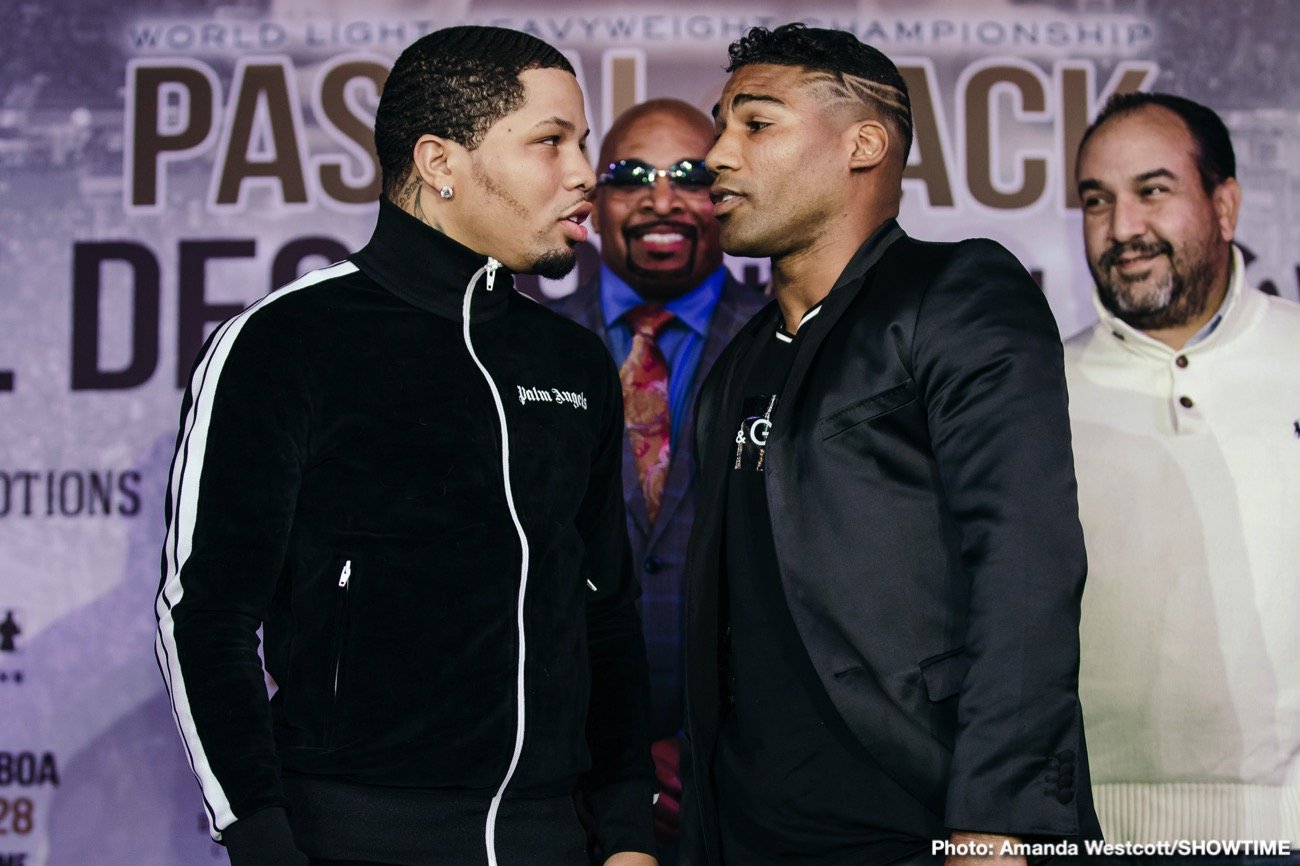 By Jeff Aronow: Mayweather Promotions CEO Leonard Ellerbe has some serious concerns about his fighter Gervonta ‘Tank’ Davis possibly suffering his first career loss when he face Cuban talent Yuriorkis Gamboa this month on December 28 at the State Farm Arena, in Atlanta.

Ellerbe and Floyd Mayweather Jr have put a lot of effort into picking the right opponents for the unbeaten Davis (22-0, 21 KOs) since he first started his career six years ago, and they don’t want the bottom to drop out now after all the work they’ve put in.

Although Gamboa (30-2, 18 KOs) is up there in age at 37, he’s still powerful, and more than capable of pulling off the upset against the 25-year-old Tank Davis.

“He didn’t win an Olympic gold medal for no reason at all,” said Ellerbe to Fighthype about Gamboa. “He’s an old school fighter, still with great skills, a little older fighter now, but dangerous. He come from that Cuban old school. I was telling Tank this yesterday, ‘Stay buckled down on his a–, because he’s coming to take everything that you got.’ Davis is very dangerous.

“I know what everyone else is saying about Tank being the favorite, but I don’t look at it like that. 2019 has been the year of the upset. You look around and you got Ruiz-Joshua, Machado and Cancio, Linares and Pablo Cano,” said Ellerbe.

“I just confided to Tank, ‘stay focused.’ He’s in great shape, and looking real sharp. I said, ‘Keep it going, because he’s coming to take everything off your table.’ He’s looking to upset the applecart, and that’s why I don’t like to look ahead,” said Ellerbe.

Davis hasn’t fought anyone as talented or as experienced as Gamboa, and that could be a problem. In the last couple of years, Davis has been beaten these guys:

Those fighters are nothing like the 2004 Olympic gold medalist Gamboa, and they never will be. Even now, Gamboa is still far better than the fighters that Davis has been padding his record against. Ellerbe and Mayweather have been afraid to put Davis in with the really talented fighters at super featherweight, and they’re only doing the Gamboa fight now because of his advanced age.

Gamboa is a TREMENDOUS test for Tank Davis

“It’s a big fight and a tremendous test for Tank, and you can’t overlook Gamboa,” said Ellerbe. “I don’t think he can match his speed, but he’s a very crafty fighter with a lot of experience. I know what he brings to the table, and it’s a really good fight for Tank, and I think it’s going to be a really exciting fight. He’s been wanting to fight Tank for quite some time.

“I went back and looked at some old interviews, and quite some time. I know in the back of his mind, he’s been wanting to fight for quite some time. Imagine if he goes into the fight and pulls off the upset. In boxing, anything can happen. I know Tank is preparing well, but he knows what he’s up against.

“He can’t overlook Gamboa, because he can upset everything. This guy is very confident that he’s going to beat Tank. He’s coming, and we’re going to see. Tank don’t play. I expect the fight not to go the distance. Someone is getting knocked out in that mother-f—,” said Ellerbe.

Gamboa is definitely a test, and it’ll be interesting to see if he passes it. The WBA ‘regular’ lightweight title will be on the line for the Davis vs. Gamboa fight. If Davis wins, this fight could lead to bigger ones down the road against WBC champion Devin Haney and Ryan Garcia.