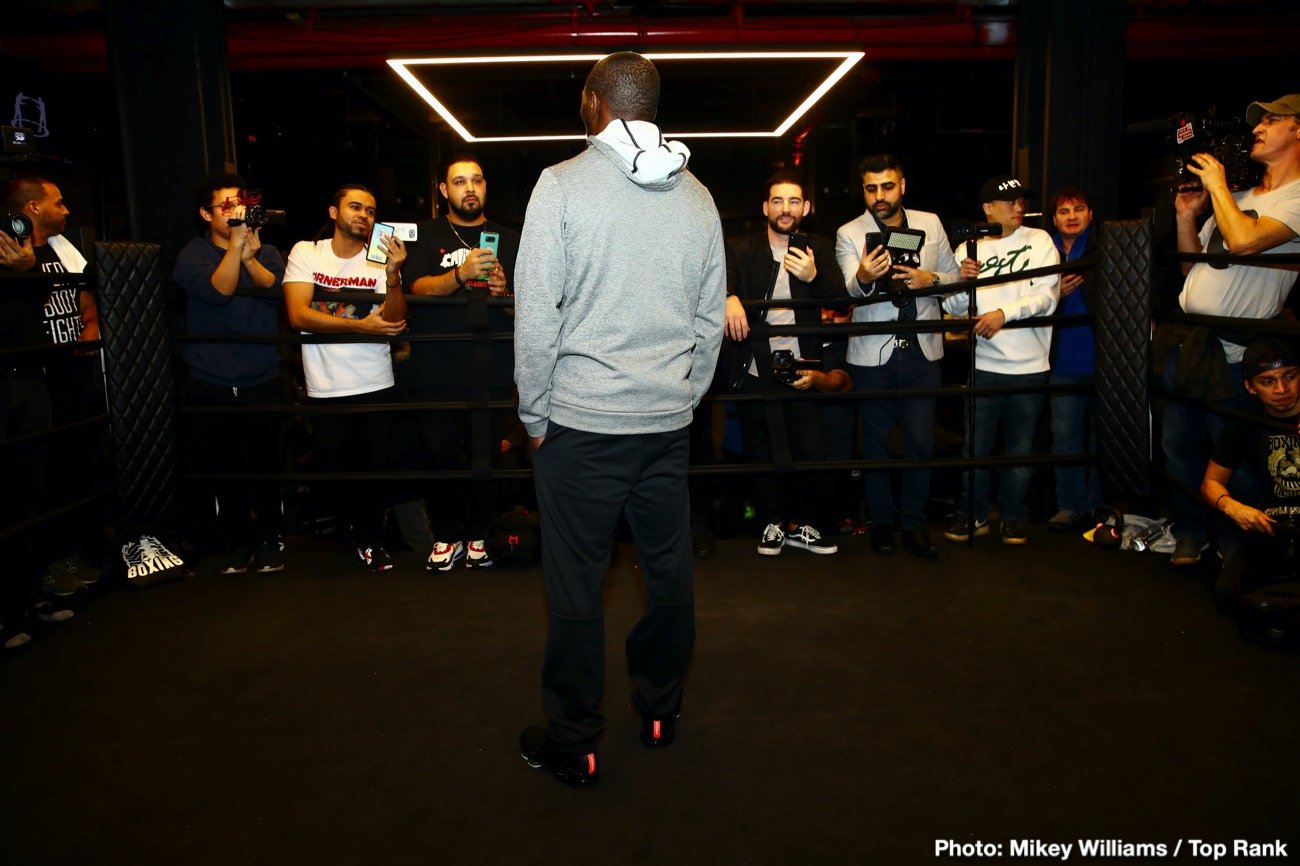 By Chris Williams: Ring Magazine recently moved Canelo Alvarez ahead of Terence Crawford to the #1 spot in their pound-for-pound rankings, and replaced Vasiliy Lomachenko for the top spot. Crawford (35-0, 26 KOs) was moved from #2 pound-for-pound to the #4 spot, behind Lomachenko and Naoya Inoue. Crawford says he doesn’t believe that Canelo or Lomachenko should be ahead of him.

Ring Magazine obviously were impressed with Canelo’s two big wins in 2019 over Sergey Kovalev and Daniel Jacobs, as well as his victory over Gennadiy Golovkin in 2018.

During the same time frame, Crawford doesn’t have any victories that can compare to Canelo’s, and it’s not even close. Since 2018, Crawford’s wins have come against Amir Khan, Jose Benavidez Jr. and Jeff Horn. Those guys aren’t rated highly at 147. They’re good basic welterweights, but they aren’t comparable to the names that Canelo has beaten since 2018.

Crawford rates himself above Canelo and Lomachenko

“No, I don’t believe any one of those guys have passed me at this point in time,” said Crawford when asked if Canelo Alvarez and Vasiliy Lomachenko have passed him in the pound-for-pound rankings. “Kovalev has been stopped before, so he didn’t do nothing to Kovalev that hasn’t already been done.

“I always go out there looking to put on a great performance to show the world why I think I’m pound-for-pound #1 over any other fighter,” said Crawford.

If Crawford wants to get back to his #2 spot in the pound-for-pound list, then he’s going to need to lean on Top Rank to start matching him against better opponents. Crawford fighting guys like Khan, Benavidez Jr. and Egidijus Kavaliauskas aren’t good enough opposition to rate being in the top two spots in the P-4-P list.

Crawford wanted to fight 3 times in 2019

“I’m frustrated at nothing other than the time outside the ring. I thought I was going to fight three times this year,” said Crawford to the boxing media. “And I got two, but that was the only thing I was disappointed about. I know he’s a hard worker, and he’s got everything to gain and nothing to lose. He’s worked his way up to become my mandatory, so I’m looking for a determined fighter come Saturday.

“You never underestimate a guy like this, who is strong, determined, and motivated. These are the hardest fights to win. I would have liked to have fought three times. I don’t know. Maybe budget. I don’t know. Any fight can happen. I been said that,” said Crawford.

It’s got to be a let down for Crawford fighting only twice in 2019, but that’s what happened in 2018 and 2017. The last time Crawford fought three times in a year was in 2016. The norm for Crawford is for him to fight twice a year. If he wants to increase the amount of times he fights per year, then he needs to float between divisions. If Crawford was flexible about fighting at 140, 147, 154 and 160, he’d likely have a lot more fights.

Crawford will be fighting this Saturday in defending his WBO 147-lb title against Egidijus Kavaliauskas (21-0-1, 17 KOs) on ESPN+ at Madison Square Garden in New York.