Crawford vs. Porter in 2020 – Bob Arum to try and make this fight 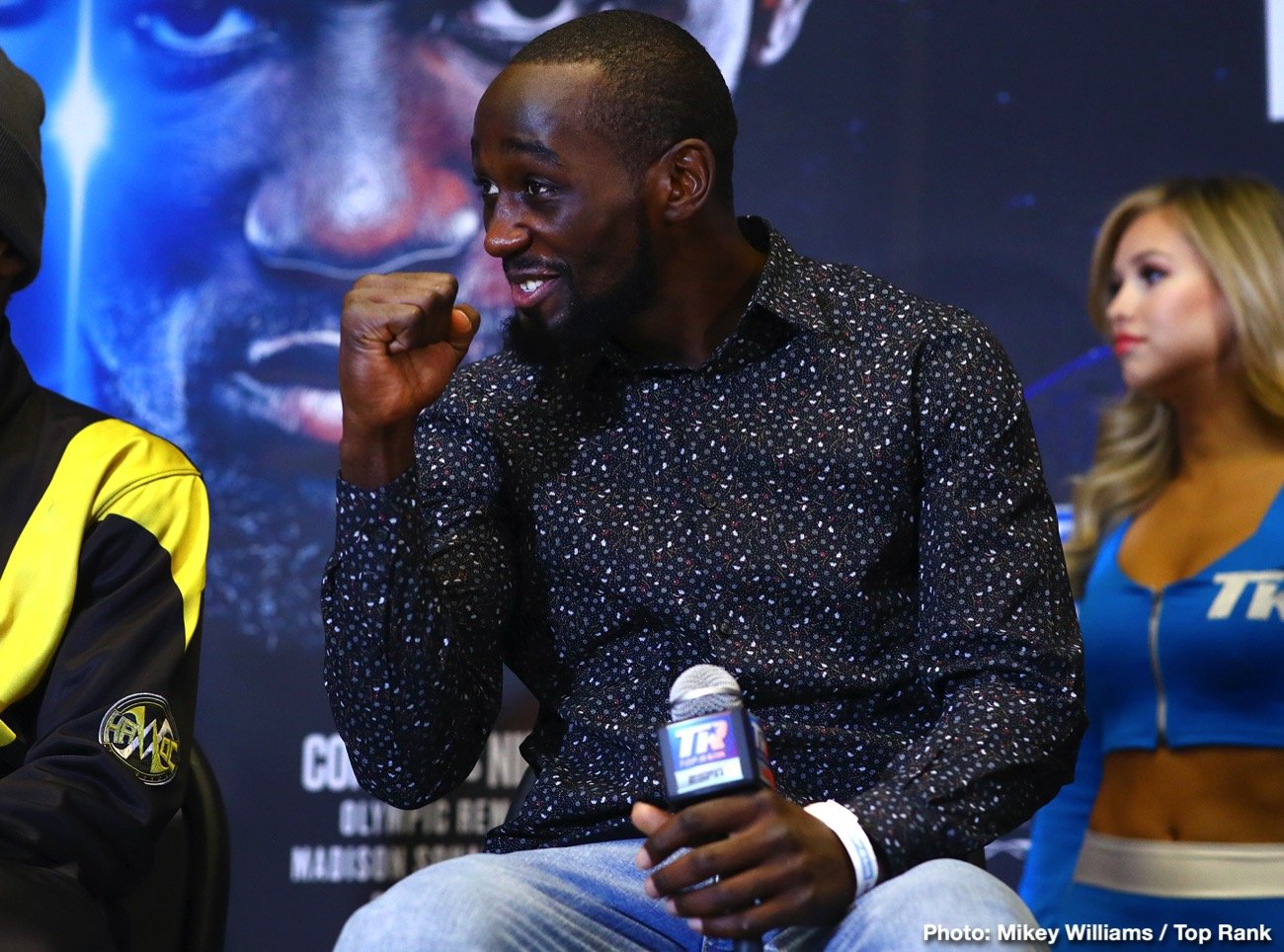 By Chris Williams: Bob Arum revealed on Wednesday that he’s going to try and make a fight between Shawn Porter and Terence Crawford in 2020. Arum says he sees the Crawford-Porter fight as a 50-50 match-up, and that he thinks it’s one that will sell to the boxing public.

Porter (30-3-1, 17 KOs) and Crawford are friends, and they may not want to fight each other. Arum rates Porter highly, but that doesn’t mean he’s going to agree to a fight against Crawford. It would be a good fight, and Porter would have the style to give Crawford all kinds of problems. Crawford is a counter puncher, who needs space to get leverage on his shots.

If Porter uses his superior size and strength to mug Crawford on the inside, he could embarrass him. Crawford isn’t as powerful, big or as rugged as Errol Spence Jr. So if Porter jumps on him, he could take him out. Hopefully, Crawford doesn’t resort to throwing low blows, because Porter isn’t the type to quit if he gets hit low by Crawford. He could turn the fight into a fouling contest that Crawford isn’t ready for.

Top Rank promoter Arum says he’s going to speak with Porter’s adviser Al Haymon of Premier Boxing Champions to see if he has any interest in making the Crawford-Porter fight in 2020. It may prove difficult for Arum to make that fight, because Porter has a lot of different options available with PBC.

These are some of the options:

Crawford vs. Porter could happen in 2020

“A fight doesn’t sell unless it’s close to 50-50,” said Arum to Fighthub in talking about a potential match between Crawford and former IBF/WBC welterweight champion ‘Showtime’ Porter. “The guys that will tell if a fight will sell are the bookmakers. If they make a fight 50-50…then you know you’ve got something…So that would be an interesting fight.

“I’m going to talk to Al [Haymon] about that. I think at first, they’re very good friends, so they were talking about not fighting each other. Now apparently they’re talking about they would fight each other. So now we’ll see if we can make that match,” said Arum.

For Arum’s sake, he needs to keep his options open, and not count on the Crawford vs. Porter fight taking place in 2020.

Crawford is getting older at 32, and he’s not getting the fights he needs to get the huge paydays. His legacy is that of a fighter that has captured paper titles over flawed campions like Julius Indongo, Ricky Burns, Viktor Postol and Jeff Horn.

It was interesting to see Crawford still sounding upbeat about his career this week, and saying that he sees the big fights happening for him. Crawford has been a professional for 11 years, and he still hasn’t had one huge fight. The closest thing Crawford has come to being involved in a huge fight was his recent match against over-the-hill former light welterweight champion Amir Khan.

Arum is limited with what he has available for Crawford to fight next year. Although he’s talking of wanting to match Crawford against Canelo Alvarez and Porter, those fights have little chance of happening. Arum mentioned this week that he wants to have one of the top 140-pounders move up to 147 to face Crawford. Bob mentioned these light welterweights as possible opponents for Crawford in 2020:

Kavaliauskas earned the title shot against Crawford by beating these guys like David Avanesyan and Roberto Arriaza.