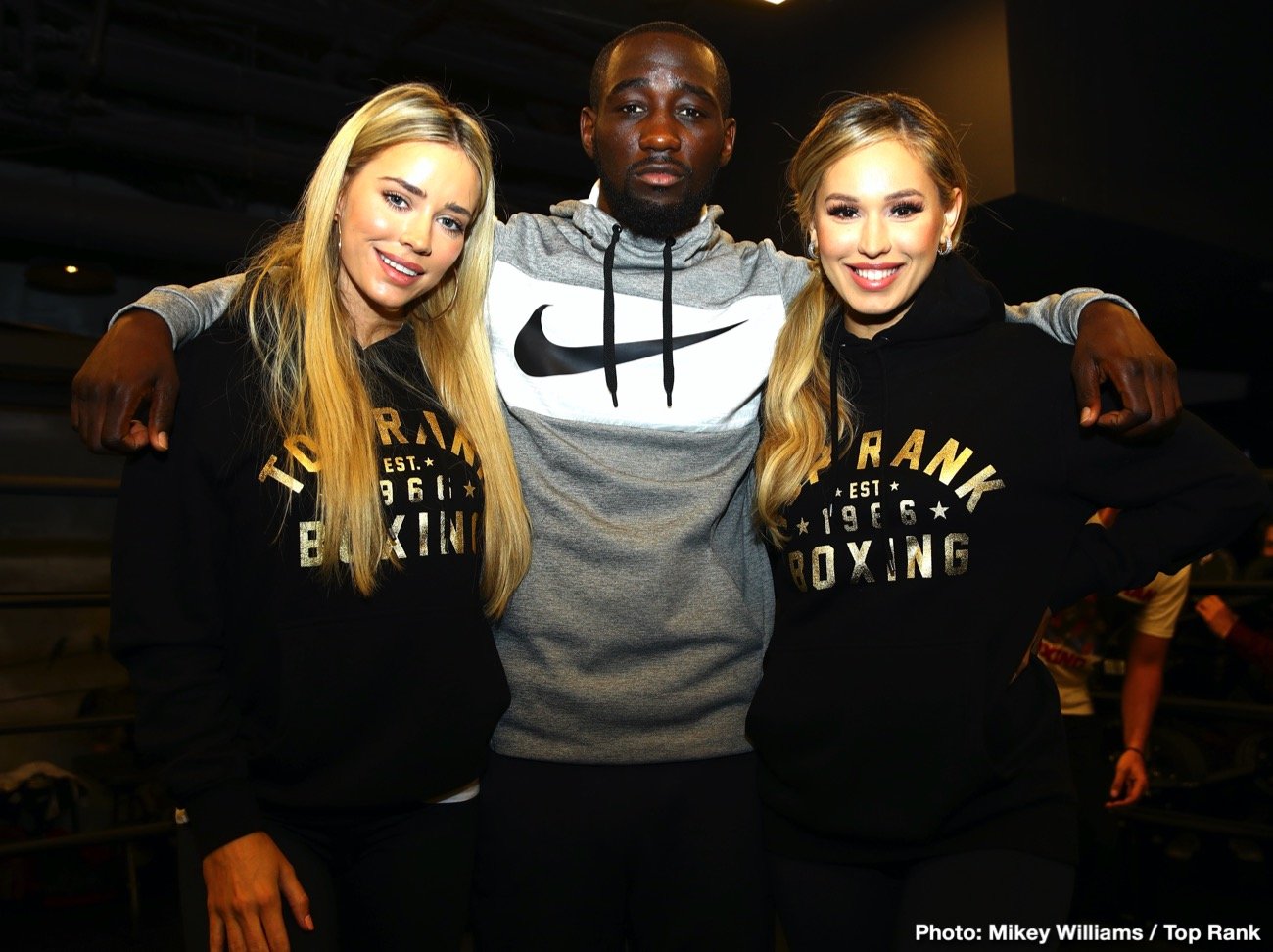 Pound-for-pound king and WBO welterweight world champion Terence “Bud” Crawford returns to Madison Square Garden Saturday evening (9 p.m. ET, ESPN) as the headliner for the card of the year, a three-headed monster that will follow the Heisman Trophy ceremony.

At Tuesday’s media workout, this is what the fighters had to say.

On the pressure of being a top pound-for-pound fighter

“It’s a blessing because it motivates me and adds fuel to the fire. I like proving people wrong. That’s more joy for me.”

“{New York} is one of the big stages. Vegas is a big stage. I do my thing in the ring, and every time I fight, I send a message to all the welterweights out there.”

“Everyone poses a threat. {Kavaliauskas} is a good fighter. He is a two-time Olympian for a reason. He’s undefeated, strong and hungry.”

On his popularity in Omaha now

“It’s the same. I’ve been the around the city since my amateur days. Some people want a picture, others shake my hand and say, ‘What’s up?’

On “sides of the street” in boxing

“Terence Crawford is a great fighter, which is why I wanted this fight. I am ranked number one for a reason. I am here for a reason, and I can’t wait for Saturday night.”

“The way to win a title is to fight the best, and Terence is the best welterweight in the world. I want that title, and I will be the first Lithuanian-born boxer ever to win a world title.”

“If someone were to tell me I’d win my first world title at 22 years old at Madison Square Garden, I wouldn’t believe it. It’s huge. It’s happening, and it’s a blessing. We have the opportunity, and this is what we’re doing. Nine weeks in camp. I know ya’ll have seen the pictures. We’re ready, man.”

“Everybody is ready. We’re ready. He’s ready. Everyone will be tuned in for a reason. All I want is a great night for all the fans. When you have a great style fight like this, it’s going to be a short night.”

“We gotta get the job done on Saturday. We ain’t there yet.”

“I felt much happier than all my other camps. It’s a new me. I came back rejuvenated and ready to go. These last two fights, I missed that. I needed to go through these trials to make me the man I am today.”

“And I have a great team behind me. I have everything I need.”

“We all saw what happened last year when I fought after the Heisman celebration. Look out.”

“I won my title in February, and I look forward to defending my title for the second time, my first fight at Madison Square Garden, home of champions.”

“I look forward to facing Teofimo Lopez and proving my worth in the ring. This is going to be one hell of a fight.”

“It’s nothing personal with Vladimir and I, but I have a job to do on Saturday night, and it’s going to be a demolition job.”

“This fight is a long time coming. We were supposed to fight in August, but Vladimir got injured. I’m excited. We’re ready to rock, and the fans in New York can expect a big performance.”

“Listen, regardless of what I think about the {amateur} judges, I have never officially beaten him. I need to go out there and get my hand raised. I want to right the wrong of what happened in Rio.”

On the two amateur fights against Conlan

“We fought twice, and I won both times. I know this is the professional game, and I am happy that I have to chance to prove that I am once again the better fighter.”

“I was upset that I had to cancel the fight, but I am ready now. The best man will win, and I am confident it will be me.”

“I call him {Murphy} Canelo because he looks just like him, so I know Canelo. We used to train in the same gym. We sparred two, three times, so I know what he’ll bring to the table. I saw his last few bouts, and he hasn’t gotten better. And I know I’ve gotten better sparring the likes of Jose Ramirez, Vergil Ortiz and Mikey Garcia. I sparred those guys after I sparred ‘Canelo,’ so I know what I’ll bring and what he’ll bring. I’m not expecting anything different.”

“He can take a shot and he’s tough. I can’t sleep on him. I’m going to take it home because I have to show out in front of my friends and family.”

“I didn’t have a ton of people the first time I fought at the Garden, but for some reason, my name is hot and I’m fighting back home ready to put on a show.”

“Now that I’m maturing and getting older, I have to understand that I need to go some rounds. All my fans have seen is the power, but they haven’t seen the full me, the movement, skills, jab. I can fight like Pernell Whitaker if I have to. This is a step-up fight. If I can’t get the guy out of there, then I’m ready to go some rounds.”