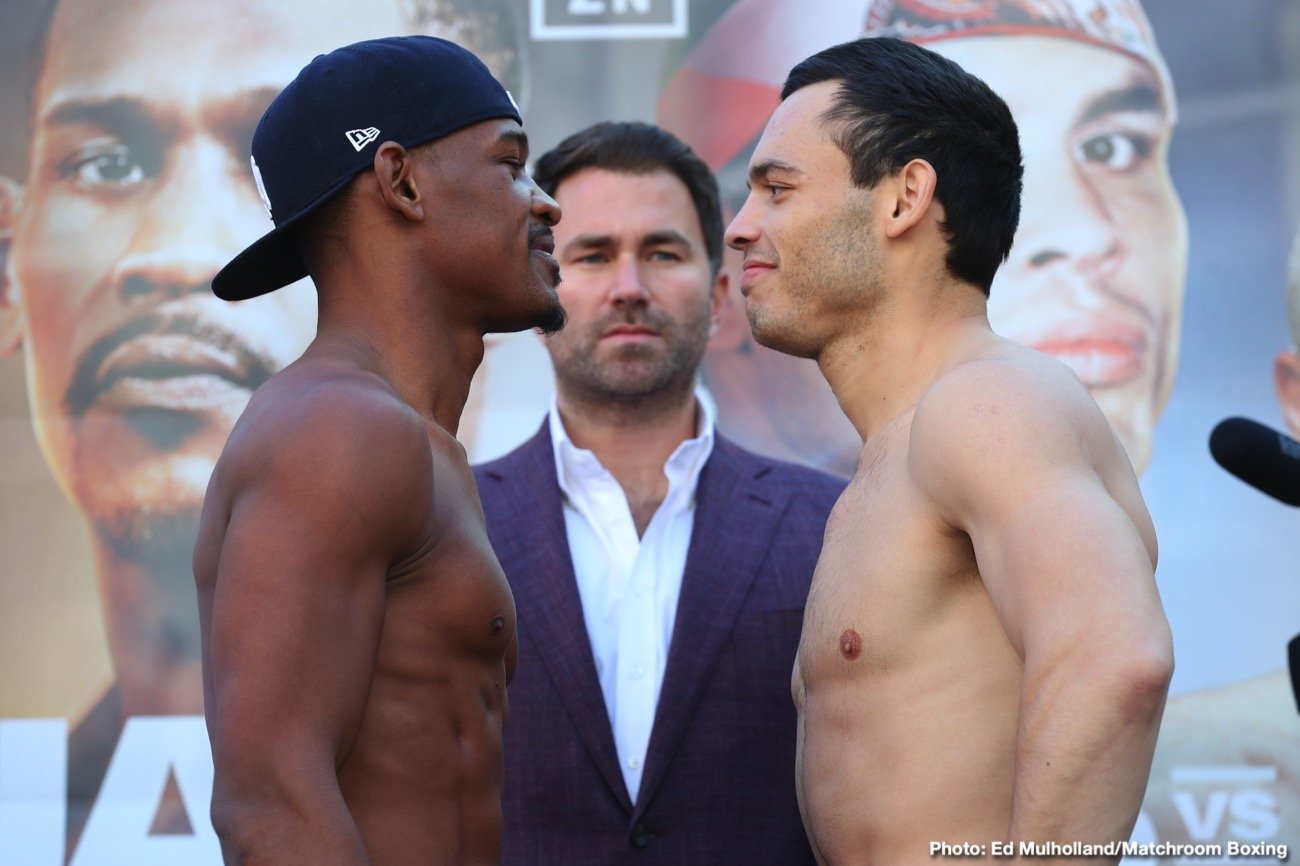 By Aragon Garcia: Julio Cesar Chavez Jr. was forced to pay a hefty $1 million fine for coming in almost 5 lbs over the 168 lb weigh-in limit on Thursday for his fight against Daniel Jacobs on Friday on DAZN. The fight card will start at 9:00 p.m., ET.  Chavez weighed in at 172¾, which was well above the 168 lb limit for the super middleweight division. Jacobs came in at 167¾.

Danny chose not to replace Chavez Jr. with Rosado

Jacobs could have could have had Chavez Jr. replaced by undercard fighter Gabriel Rosado if he wished, but he chose to go through with the fight. It was a no-brainer. You can argue that most of the expected 10,000 boxing fans that will be coming to see the card on Friday will be people wanting to see Chavez Jr. Jacobs isn’t a big name in Phoenix, and obviously neither is Philadelphia native Rosado.

The New Yorker Jacobs isn’t the big draw for this card. It’s Chavez, and if he’d chose to fight Rosado, the fans likely would have asked for their money back.  Jacobs needs Chavez Jr. because it gives him a name to add to his resume for his first fight at 168.

The $1 million weight penalty will be deducted from the $3 million purse that Chavez Jr. (51-3-1, 33 KOs). Chavez Jr. feels it was worth it for him to not be weight drained like he was in his loss to Canelo Alvarez in 2017. What good would it be for Chavez Jr. to make weight if it costs him the fight?

Jacobs vs. Chavez Jr. will be taking place at the  Talking Stick Resort Arena in Phoenix.

“I guess we can’t be too shocked by it, but I am not too disappointed because I know [Chavez] put the work in,” Jacobs’ promoter Eddie Hearn said to ESPN.com. “I genuinely don’t think he can make 168 anymore.

“He can earn his redemption in the ring if he shows enough heart for the 10,000-plus fans. He is in shape, but so is Danny, who feels amazing up at 168. The weight will help Julio,” said Hearn.

It would be a big disappointment for Hearn if Chavez Jr. pulls off the upset and beats Jacobs, because his has big plans for the ‘Miracle Man.’ Jacobs has the potential to be involved in some big fights at 168, but you can’t say that Chavez Jr.  The former WBC middleweight champion Chavez Jr. has been on the slide since his loss to Sergio Martinez in 2012.

Chavez has the power to beat Jacobs

If Chavez Jr. can walk Jacobs down, he could beat him, but he’ll need to cut off the ring on him. Jacobs likes to move a lot to keep from getting hit. The Chavez Jr. that we saw in his last fight against Evert Bravo last August will be dangerous for Jacobs. Chavez Jr. looked incredibly power, and impressive. It was the same Chavez Jr. that beat Andy Lee back in 2012, and dropped Sergio Martinez. When Chavez has his mind right, he’s lethal. He’s like a chip off the old block. Chavez Jr’s father is Mexico boxing great Julio Cesar Chavez.

For the co-feature, knockout artist Julio Cesar Martinez (14-1, 11 KOs) weighed in at 112 lbs for his fight against Cristofer Rosales (29-4, 20 KOs). The two will be fighting for the vacant WBC flyweight title. Rosales weighed in at 111.3 lbs. Depending on which version of Chavez Jr. shows up, this should be the most exciting fight by far on the card on Friday.