By Jim Calfa: Sounding like a politician more than a boxer, Daniel Jacobs says he’ll be fighting for the opportunity to become a two-division world champion next after he beats John Ryder this Saturday night in a WBA sanctioned 168-lb title eliminator (live on DAZN). 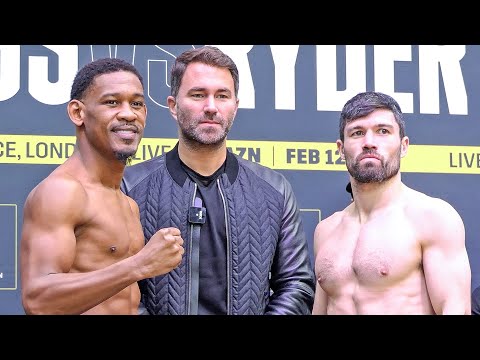 You can argue that the 35-year-old Jacobs doesn’t deserve to be fighting in a WBA super  middleweight title eliminator, given that he’s coming off a 15-month layoff and a highly controversial win over journeyman Gabriel Rosado (26-14-1, 15 KOs) in his last fight in November 2020, but that’s what the sanctioning body wants.

Jacobs reveals that he selected Ryder as his opponent because he felt his aggressiveness would make for an exciting fight for the boxing fans.

“This is an official eliminator and an absolute must-win for both guys on Saturday night,” said Matchroom Boxing promoter Eddie Hearn about Ryder and Jacobs.

“I honestly don’t know where Jacobs can go. This is a fight he can’t afford to lose,” said Tony Bellew to DAZN.

It’s fair to say that if the the35-year-old Jacobs loses on Saturday night, his days of fighting for world titles will effectively be over unless he ages like Bernard Hopkins. Unfortunately, he looked shot in his last fight against Gabe Rosado, which was a year and a half ago.

Jacobs says his career WON’T be over if he loses to Ryder, as no one can dictate who he faces.

Nevertheless, it will be tough for Jacobs to get the lucrative fights that he’s grown accustomed to getting in the last six years of his career against Canelo Alvarez, Gennadiy Golovkin, and Julio Cesar Chavez Jr.

Moreover, if DAZN cuts Jacobs lose, it’ll be interesting to see if one of the other networks is willing to televise the aging former middleweight champion in main events.

Some fans believe Jacobs cherry-picked Ryder because he’s slow, weak, and old like himself rather than facing David Benavidez and losing.

With the World Boxing Association sanctioning the Jacobs vs. Ryder contest as a super middleweight title eliminator, the winner will be mandatory challenger for WBA 168-lb champion Canelo Alvarez.

If Jacobs beats the 33-yer-old Ryder on Saturday night, he’ll be assured of a world title shot, which likely won’t come until 2023.

Will Canelo give Jacobs a rematch?

The only question is whether that fight for Jacobs will be against WBA champion Canelo or another opponent, should the Mexican relinquish his strap.

Canelo already beat Jacobs in 2019, and there’s not enough fan interest in seeking a second one between the two. As such, Canelo will likely vacate his WBA strap to avoid wasting a valuable fight against Jacobs in a match that the boxing world has zero interest in seeing.

Jacobs will then fight for the vacate against the highest-ranked contender or be installed as the new WBA 168-lb champion. If Jacobs has to fight a quality contender like Benavidez for the vacant WBA title, his chances of winning will be slim.

If Jacob can’t beat journeymen fighters like Rosado at this stage in his career, he stands no chance of defeating Benavidez.

“John Ryder summed it up so well where he said, the loser is done, because these two are in pursuit of world championships,” said Eddie Hearn on the Jacobs vs. Ryder fight.

“If he loses to Ryder, then he can forget about that as it’ll be Ryder pushing on towards a second shot at a world title,” said Bellew.

“Granted, I win this fight, which I’m sure we’ll win, my next fight should be an opportunity to should be in that opportunity that we’ve always wanted to be in, and that’s two-time division champion and having the opportunity to do that,” said Jacobs to Matchroom Boxing. 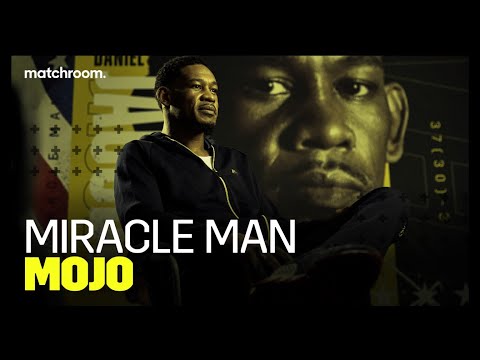