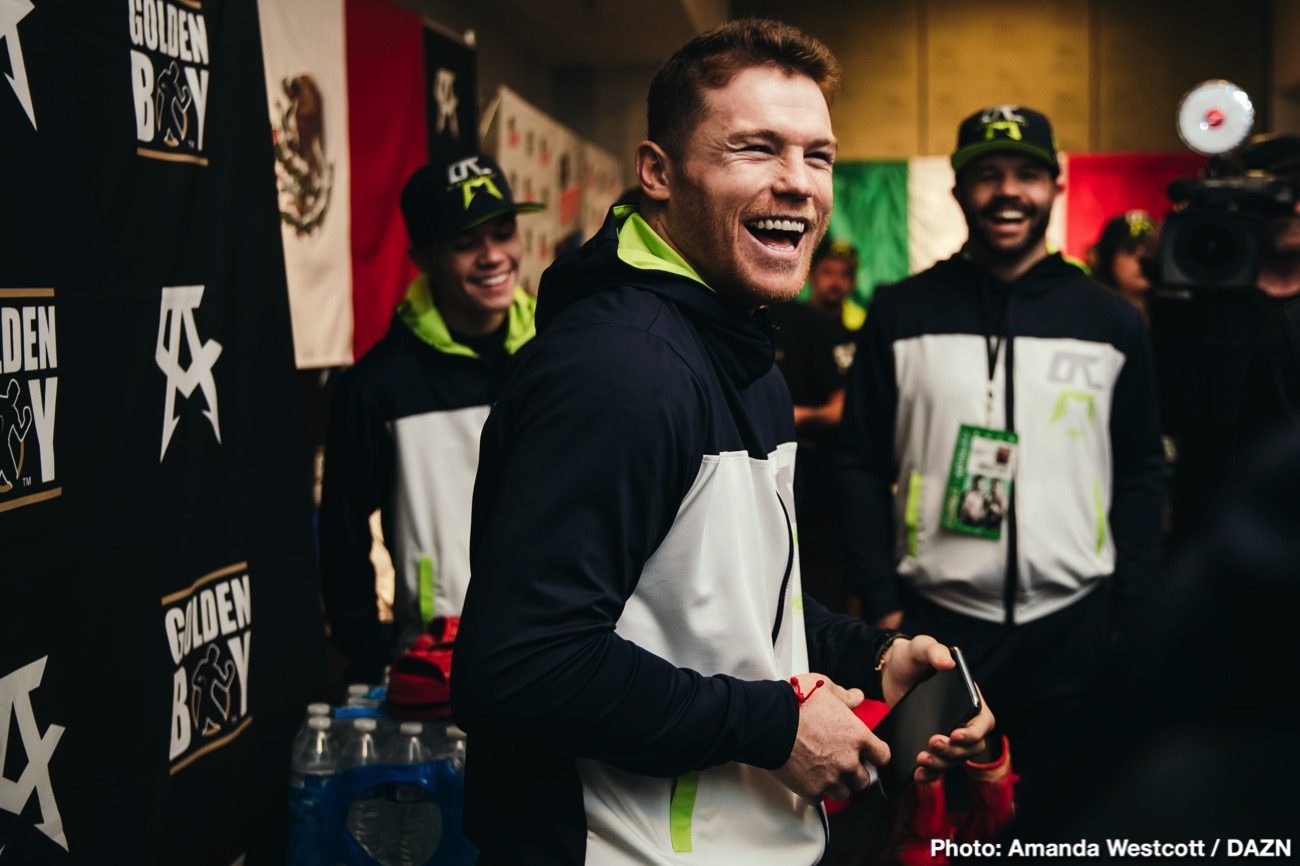 By Dan Ambrose: Saul Canelo Alvarez says Floyd Mayweather Jr. won’t fight him when he comes out of retirement in 2020 for 2 matches. Canelo says he thinks the unbeaten Mayweather (50-0, 27 KOs) will opt to fight an MMA guy rather than face him.

“He doesn’t want a fight with me.” …“He’s gonna take on an MMA fighter,” said Canelo to TMZ.

Surprisingly, Canelo (53-1-2, 36 KOs) got his hopes up when Mayweather announced that he’s returning to the ring, and he made it known he wants to face him. However, it didn’t take long for sources revealed that Mayweather is interested in fighting an MMA guy and Manny Pacquiao in 2020.

Canelo should have known just by looking at the fighters Mayweather has been fighting in the last 4 years, that he would never face him. Mayweather been fighting MMA guys in boxing events, and he’s not risking anything in those mismatches.

Canelo recently moved up to 175, and dethroned WBO champion Sergey Kovalev. Seeing how big Canelo had gotten, it makes sense that Mayweather wouldn’t want to fight him. Mayweather started his career out at super featherweight, and he’s not capable of fighting a small light heavyweight like Canelo.

“I have always imagined it (the rematch against Mayweather), but more than a defeat it is an apprenticeship,” Canelo said to ESPN Deportes. “I would love to, but I don’t think he’s turning around here.”

Mayweather would make more money fighting a rematch with Canelo than he would against anyone else in boxing or MMA, but he would be risking losing his undefeated record. Floyd has been careful about preserving his unbeaten 50-0 record. It’s hard for boxing fans to understand why Mayweather wouldn’t go for the biggest money fight available.

Mayweather built his unbeaten record with selective match-making against fighters like Conor McGregor, Robert Guerrero, Andre Berto and Marcos Maidana. In other words, less than best fighters. None of those guys are the best or even close to that when Mayweather fought them.

Mayweather announced on November 21 that he’ll be coming out of retirement next year, and he’ll be working with UFC president Dana White. Many boxing fans see that as a clear indication that Mayweather will be facing another MMA fighter, and they’re not interested.

“Coming out of retirement in 2020,” said Mayweathe on his Instagram. “Dana White and I working together again to bring the world another spectacular event in 2020.”

“I’m going to want to see Floyd fight a 60, because I respect him as a fighter. I grew up watching him, and I’m always going to want to see him fight,” said Andre Ward to Fighthype. “But Floyd is smart. He’s not going to fight a young and hungry 147-pound. And he’s going to make a lot of money with the least amount of risk, which he should. He’s earned that right. I’m just curious to see who it is, but I doubt it’ll be a top dog at 147,” said Ward.

Mayweather beat Canelo by a 12 round majority decision in September 2013 in Las Vegas, but that was when Alvarez was just 22. Additionally, Canelo was drained after agreeing to fight Mayweather at a 152-lb catchweight. Mayweather won the fight by the scores 117-11, 116-112 and 114-114.