Xu Can dares Josh Warrington to fight him 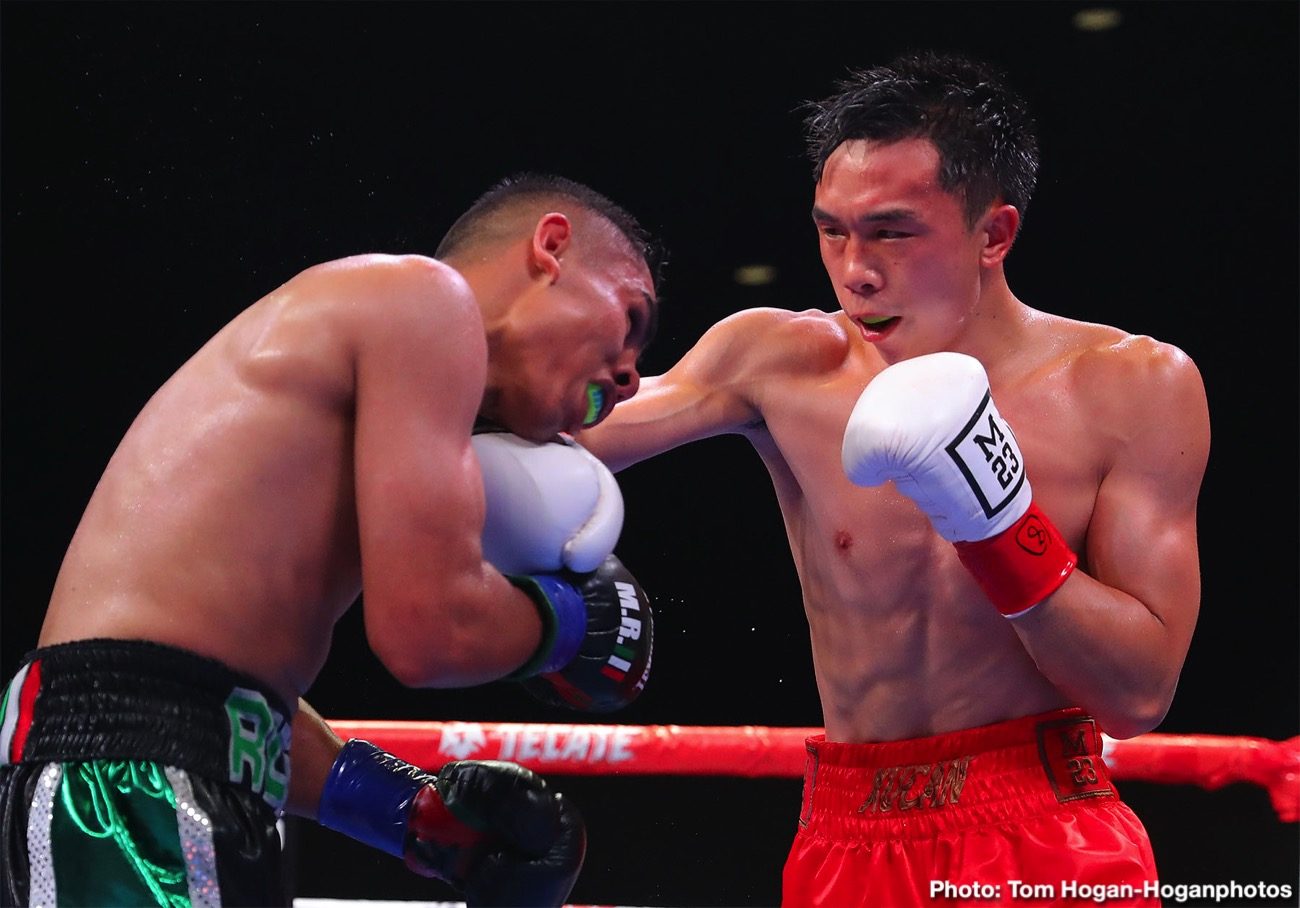 The exciting Xu, who comes from China, defeated Manny Robles (18-1, 8 KOs) by a 12 round unanimous decision last Saturday night in the co-feature bout on the Andrew Cancio vs. Rene Alvarado card at the Fantasy Springs Casino, in Indio, California.

Xu Can threw 1,562 punches during the fight  with Robles. It’s an INCREDIBLE amount of shots for anyone to throw. Can isn’t the biggest puncher, but he’s got respectable power. Being able to throw that many punches in a fight will led to Xu getting his fair share of knockouts over time.

“Josh [Harrington]! You coming out? Now I’m here. You see I’m here, right? Let’s fight. Let’s unify.  Anywhere. I can fight anywhere. I promise I will bring the belt back home to China.”

Warrington and Xu are similar light-hitting, high volume punchers. This would be a fun fight for boxing fans to watch. Although Warrington isn’t capable of throwing 1500 punches per fight like Xu, his punching power is better, and he’s got the advantage in experience as a professional. It’ll be an amazing fight if Warrington accepts Xu’s challenge.

Xu could be upgraded to WBA Super World 126-lb champ

Once Xu is upgraded to WBA Super World 126-lb champion, a unification fight between him and IBF belt holder Warrington will be a mouth-watering possibility. 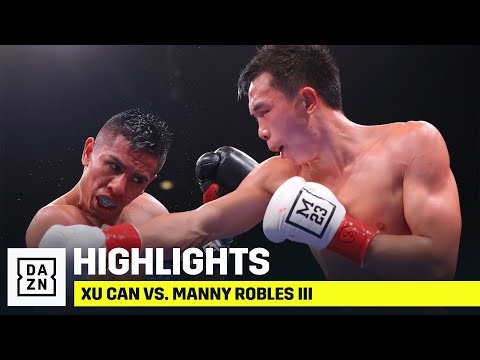 Top Rank is interested in matching WBO featherweight champion Shakur Stevenson against Warrington in a unification fight. It might be better for Warrington to take the fight with Xu first before taking on Stevenson as a two-belt champion.

Xu got hit a lot by Robles, but his nonstop punching made it hard for his opponent to have time to let his hands go. It impressive to watch Xu throwing blistering fast quadruple left hooks, and six-punch combinations. It’s rare to see a fighter throw the kind of shots that Xu is capable of doing. He gets away with it because of his blinding hand speed.