By Charles Brun: Tyson Fury sent WBC heavyweight champion Deontay Wilder a motivation message on social media in telling him to beat “The old man” Luis Ortiz and “Don’t get injured” in their fight this Saturday night in Las Vegas, Nevada.

Fury was injured against Otto Wallin

It’s interesting that Fury tells Wilder not to get injured. He’s coming off of a fight with Otto Wallin in which he suffered a horrendous cut that required 46 stitches to close. That cut is going to be a target for Wilder next February, because it’ll only have been 5 months by that point.

There’s a good chance Fury’s cut will be opened immediately by Wilder on February 22. Once that happens, he’ll be fighting Wilder with just good eye.

The two fought to a 12 round draw a year ago in December. Although wanted an immediate rematch, Fury’s new co-promoters at Top Rank opted to let it marinate in order to let the interest build.

😅 Tyson Fury sends a message to Deontay Wilder ahead of his rematch with Luis Ortiz on Saturday: “Don’t be getting injured in your return fight with this idiot, the old man. Get him done and meet me for battle.”

Wilder is coming into Saturday’s fight with Ortiz a big favorite with the bettors, but you can’t rule out an upset victory. Ortiz is in the best shape he’s been in years, and he’s a lot of reasons to want to win. He knows this could be his last chance, and he’ll be giving it everything he’s got.

Until Wilder fought him, Ortiz had frozen out of fights against the top heavyweights during career. If Ortiz loses to Wilder, he’ll continue to be sidestepped by the top guys like Anthony Joshua, Dillian Whyte and Andy Ruiz Jr. 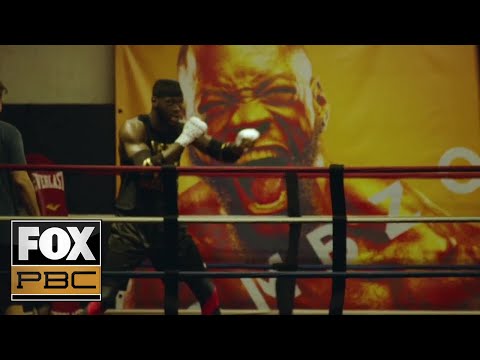 If Wilder suffers a cut, then he’ll be in the same boat as Fury. He could be even worse off than Fury if it’s a bad one, because he’ll have less time to heal before February 22. However, the chances of Wilder suffering a terrible cut requiring 46 stitches like the one Fury suffered are slim.  Wilder’s fights don’t last as long Fury’s do, and his opponents have little time to land their shots before he knocks them out.