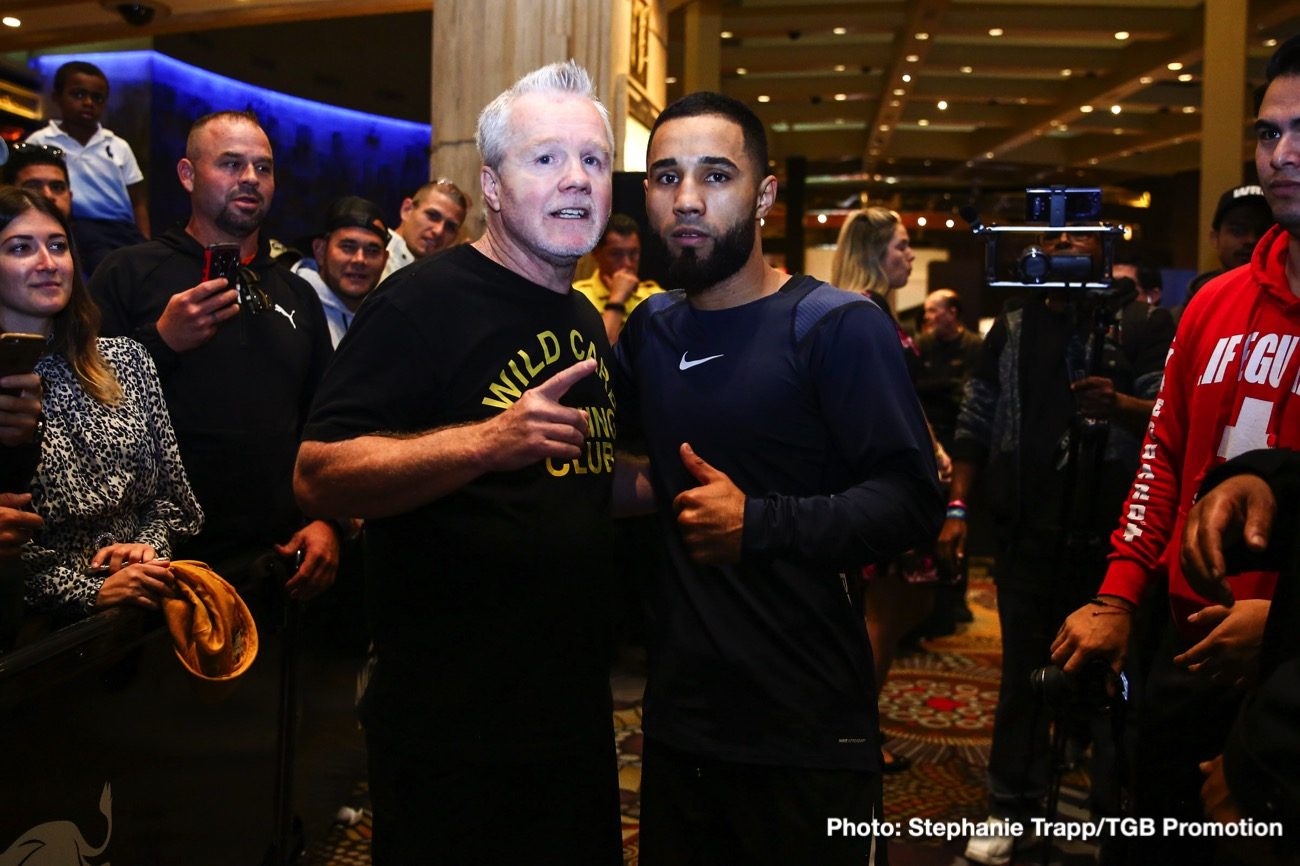 Roach believes the former WBC bantamweight champion Nery has the kind of talent that will enable him to knockout both of those fighters when the time comes.

#1 WBC Nery will be in action this Saturday against Emmanuel Rodriguez (19-1, 12 KO) in a 12 round fight on Fox Sports pay-per-view at MGM Grand Garden Arena in Las Vegas, Nevada. Two are fighting on the Deontay Wilder vs. Luis Ortiz undercard.

Nery, 24, needs to do a better job beating Rodriguez than he did in his last fight against Juan Carlos Payano last summer on July 20. Although Nery won the bout by a 9th round knockout, it was a hard fight for him. He took a lot of shots until stopping Payano with a left to the body in the 9th.

Naoya Inoue made easy work of Payano in stopping him with a left-right combination in the 1st round last year in October 2018 in Japan.

Roach: Nery is better than Inoue

“The first day on the mitts, I said, ‘This kid is unbelievable. What a puncher,'” said Roach to Fighthub about Nery. “He’s a real big puncher. For his weight class, he’s one of the pound-for-pound best fighters in the world, I feel. He can go all the way.

There’s the Japanese fighter [Inoue] out there that the whole world is talking about, I think I’ve got the better fighter right now. I think I can take him all the way and win world titles, and multiple titles also. He’s special,” said Roach.

We may not get a chance to see Nery and Inoue (19-0, 16 KOs) fight each other. Inoue, 26, just signed a multi-year deal with Top Rank Boxing, and they’ve got other plans for him. Nery is with Premier Boxing Champions, and that’s going to make it difficult for him to get a fight with Inoue.

The fight can happen, but Nery will likely need to establish himself as a big name before he gets that match. Top Rank likely won’t bother making that fight just because Nery wants it.

“I don’t care when I KO [Emmanuel] Rodriguez,” said Nery. “The goal is to win. I don’t want to knock him out in one round to show that I’m better than Inoue. Fighters and their styles sometimes make fights complicated. One fighter KOs a fighter, and then goes 12 rounds with another.

“It doesn’t mean he’s better or I’m better. I have a lot of talent, and I’m strong. To find out who’s better is when we are in the ring. It doesn’t depend on comparing opponents. Rodriguez is good, he’s strong, but I can beat him by KO. I always think that, and train for that, and I’ve studied him [Rodriguez] well. The fight should end quick.

“I think Nonito did a good job, and so did Inoue. It was an amazing fight. If it was Nonito that was 2 to 3 years younger, he would have won. He didn’t beat him, because he was a bit bigger, and he got tired. But I don’t take anything away from Inoue. He fought well, was able to take the punishment, and he won well.

“Yes, he still lacks experience, and I have more experience than him,” said Nery about Inoue when told that he looked ‘Human’ against Donaire. “The best fighter to face him is me. And I think me and him is the fight to see who is the best,” said Nery.

It’s unfortunate that Nery is fighting another former Inoue knockout victim in Emmanuel ‘Manny’ Rodriguez on Saturday. If Nery doesn’t look impressive against Rodriguez, then boxing fans will peg him as a lesser fighter than Inoue. They won’t want to see Inoue fight Inoue if he struggles against Rodriguez.

Off of Nery’s last performance against Payano, he would stand very little chance of beating Inoue. Nery was missing with a lot of his shots, getting countered, and not looking fast. His hand speed is nothing like that of Inoue. It’s not impossible for Nery to beat Inoue, but he’ll need to be able to take a lot of shots to get within range to land. Inoue backs away quickly when his opponents try and connect. The 5’6″ Nery is shorter than 5’7″ Donaire, and he won’t be able to get to Inoue as easy.

“Donaire fought a really good fight. No one expected that out of him, and he’ll be back in a big fight again, because that was a great fight for him,” said Roach about Nonito’s performance against Inoue. “He did really well. He didn’t win the fight obviously. Inoue won the fight, and outscored him at the end of the day. But their both good fighters, and that’s our future right now,” said Roach about Donaire and Inoue being potential opponents for Nery.

“At some point along the line, we’ll end up fighting both of them I’m sure. His speed is so much better than most of his opponents, and he has really quick hands and hits really hard, and I see him knocking out both guys to be honest with you,” said Roach about his opinion that Nery will stop Inoue and Donaire.

Right now, Roach should focus on Nery being able to win back his World Boxing Council 118-lb title. He lost the belt on the scales a year ago in his rematch with Shinsuke Yamanaka. Nery weighed three pounds over the bantamweight limit, and lost his title. With Nery’s history of having problems making weight for the 118-lb division, he might not be able to stay in the division long enough to fight Inoue.

“I’m very confident of him, and we’ve been together for a little while in the gym. When I teach him something, he holds onto it, and grabs it with both hands. He’s starting to outgrown\ the division he’s in now, and he’s getting bigger and stronger. Like Manny Pacquiao, we did eight divisions. But I think we can do 4 to 6, I feel,” siaid Roach about Nery.

“I feel the same, like 3 to 4 weight classes, I can go up,” said Nery when asked if he thinks he can continue to win world titles in moving up weight. “I think I can do it. With discipline and hard training, I can do it,” said Nery. “The talent is there. I just got to bring it out.”

It’s going to be difficult for Nery to win world titles at 122, 126 and 130, He was unable to destroy the 35-year-old Payano in a fashion that suggests that hell be able to move up in weight six divisions to capture world titles. That could have been an off performance for Nery, as he looked powerful and impressive in his wins over Yamanaka, McJoe Arroyo, Renson Robles and Jason Canoy. Payano is a former world champion, and he came to fight. The combination of Payano’s size, power and speed gave Nery fits. Nery stayed calm and continued to walk Payano down round after round until he finally stopped him in round 9. 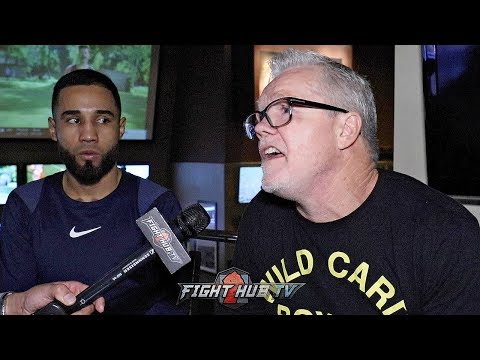