Tyson Fury on Deontay Wilder: ‘He lost every round to a 50-year-old man’ 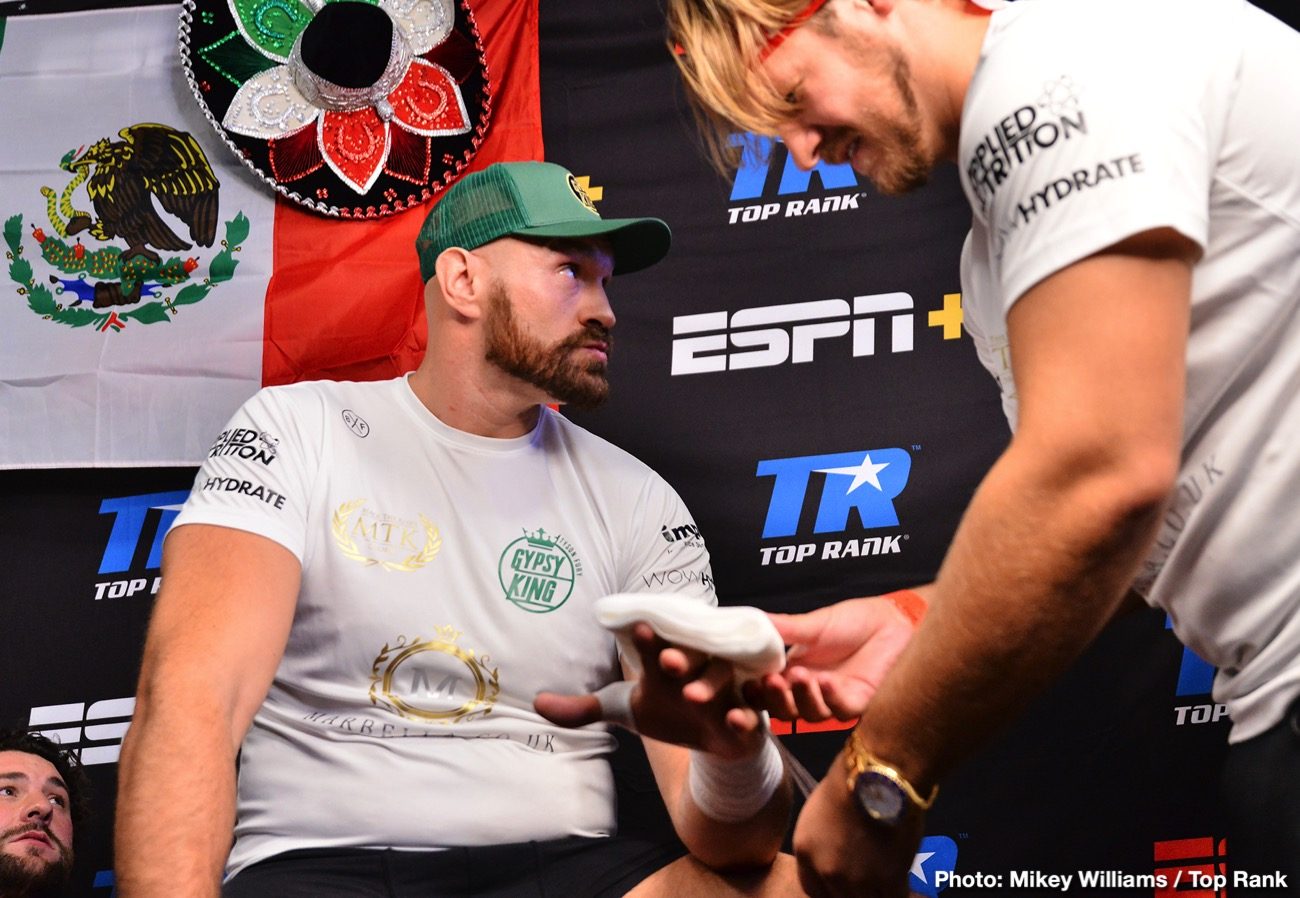 By Charles Brun: Tyson Fury didn’t like what he saw from WBC heavyweight champion Deontay Wilder from his rematch last weekend against Luis Ortiz in Las Vegas, Nevada. Despite Wilder (42-0-1, 41 KOs) ending the fight with a earth-shattering knockout in the 7th, the performance didn’t please his nemesis Fury (29-0-1, 20 KOs).

Tyson expected more from the WBC champion Wilder, who struggled with the boxing ability of Ortiz in the first six rounds before closing the show in round 7 with a right hand.

Wilder lost every round to a 50-year-old man – Fury

“Definitely not it was terrible,” said Fury via sportsalert about Wilder’s victory over the 40-year-old Ortiz. “He lost every round to a 50 year old man, & then KO him when he slowed down, it was pants.”

Fury is one of the many heavyweights that call Ortiz old, but is unwilling to fight him.

Fury is right about Wilder looking “TERRIBLE” for most of the fight, but he looked spectacular in ending the fight in round 7. Wilder’s performance against Ortiz was a far cry more compelling than watching Fury beat Tom Schwarz and Otto Wallin. Those are awful fights to watch, and just so boring. American boxing fans want to see exciting fights, and Wilder supplies that.

That’s the whole problem with Fury. He’s boring to watch, and his new promoters at Top Rank Boxing weren’t willing to take any chances with him by matching him against anyone good.

The thing with Wilder is he can look bad for almost an entire fight, and still win when he connects with his right hand. Wilder was getting schooled by Fury last December until dropping him twice in the championship rounds, and being robbed of a knockout in the 12th.

Fury: Wilder only has a puncher’s chance against me

“Wilder has nothing more than a puncher’s chance vs me, I’m gonna school him even more than the first fight,” said Fury on his social media site “He ain’t no badass. I beat him after three years out of the ring, he is a bum.”

“I’m at the barber shop, and they’re giving me some special Kryptonite for Deontay Wilder,” said Fury on social media. “They’re calling it Green Lantern Kryptonite.”

Wilder only needs his power to beat Fury, who may not be the same fighter due to that bad knockout he suffered in his previous with Deontay. We don’t know if Fury has recovered from that blow. In Fury’s last fight against the light hitting Otto Wallin, he was shaken up in that one too. Was that from the lingering effects from Tyson’s 12th round knockdown by Wilder? It’s possible.

What Wilder has going for him in his rematch with Fury is he knows what to expect now. Fury will obviously run around the ring, and do everything he can to try and dodge Wilder’s right hands. He’s susceptible to the straight right from Wilder, the same punch that the Bronze Bomber put Ortiz’s lights out last Saturday. Wilder is going to focus on throwing straight rights down the pipe, which will make it harder for Fury to dodge than the looping punches he was throwing in the first fight.

Fury’s cut is a big problem for him

Wilder will be defending his WBC title in a rematch with Fury on February 22, as long as the British heavyweight doesn’t pull out of the contest with an injury. Unfortunately, there’s a BIG question mark hanging over Fury’s head whether he’ll be able to survive his next training camp for the Wilder fight, given that he’s still licking his wounds from his last match against Otto Wallin.

Fury suffered a MAJOR cut to his right eye that required an incredible 46 stitches to close. A cut that bad is almost unheard of in boxing, and those are difficult ones to heal. Yeah, the cut will heal, but it’ll leave thin scar tissue that will be susceptible to being reopened once Wilder starts landing his right hands.

“I AM THE 1”like neo on the matrix no matter what @BronzeBomber dose I will always defeat him. #GYPSYKING 🇬🇧🇺🇸