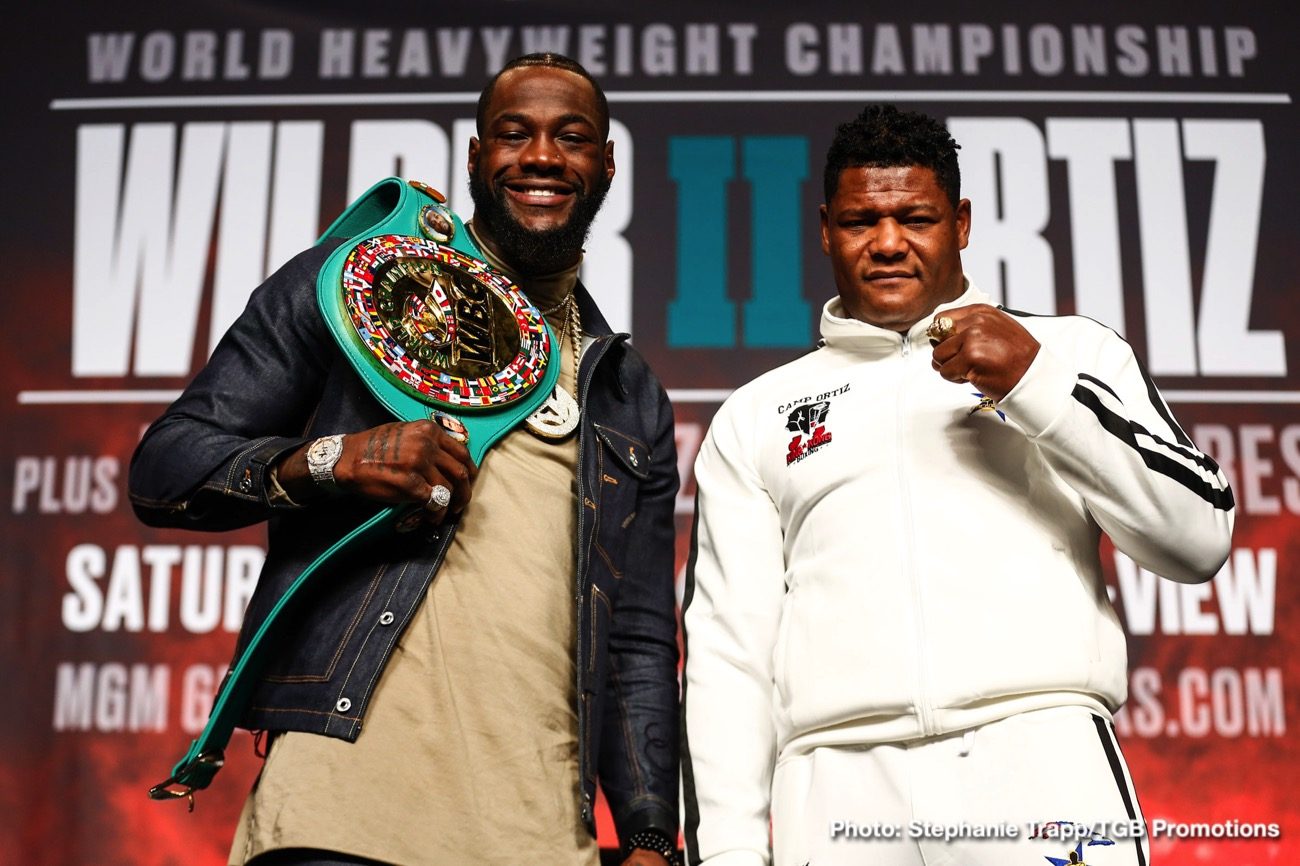 By Danny Ech: The next great American Heavyweight STAR Champion Deontay Wilder will be stepping in the ring again in just a few days to add to boxing history and to cement his legacy among the the Boxing Heavyweight GREATS, such as Muhammad Ali, Larry Holmes,Wladamir Klitschko and Joe Louis with a win on Saturday Night.

If Deontay Wilder can secure a win against World Boxing Council (WBC) # 3 ranked avoided Luis “KING KONG” Ortiz he will join the company of those past great fighters with the esteemed accomplishment of “Most Consecutive Double Digit Heavyweight Title Defenses since 1930” with 10 Consecutive title defense wins which not many Heavyweights can say they have achieved.

A new streaming app showcasing all types of sports called DAZN landed in America and has quickly risen as an alternative platform for sports enthusiast. The company DAZN has signed some major players such as Mexican Boxing Star Canelo Alvarez and his popular foe Gennady ‘GGG” Golovkin among other top fighters.

In March John Skipper the Executive Chairman of DAZN tried to secure America’s next biggest Heavyweight Star Deontay Wilder to a 3 fight network deal which totalled $100 million dollars which was an astronomical amount to say the least.

The news of this $100m deal sent shock waves through the boxing world and many were convinced Deontay Wilder must be very valuable and this deal was a “no brainer” and surely he would take it right away.

The mega $100 million dollar deal ultimately FAILED and disappeared with some calling the Champion Deontay Wilder a FOOL for declining such a deal. In an interview with LANCE PUGMIRE of the ATHLETIC.com DAZN Executive chairman John Skipper was quoted as saying :

“In retrospect, I was too brash going in there without creating the relationships I needed to create with the people who advised Deontay Wilder. I have now worked to do that. It has to do with going back to the education I needed before getting into boxing … When we left that (Wilder) meeting, I KNEW WE MESSED UP and that we weren’t going to be successful (Wilder)