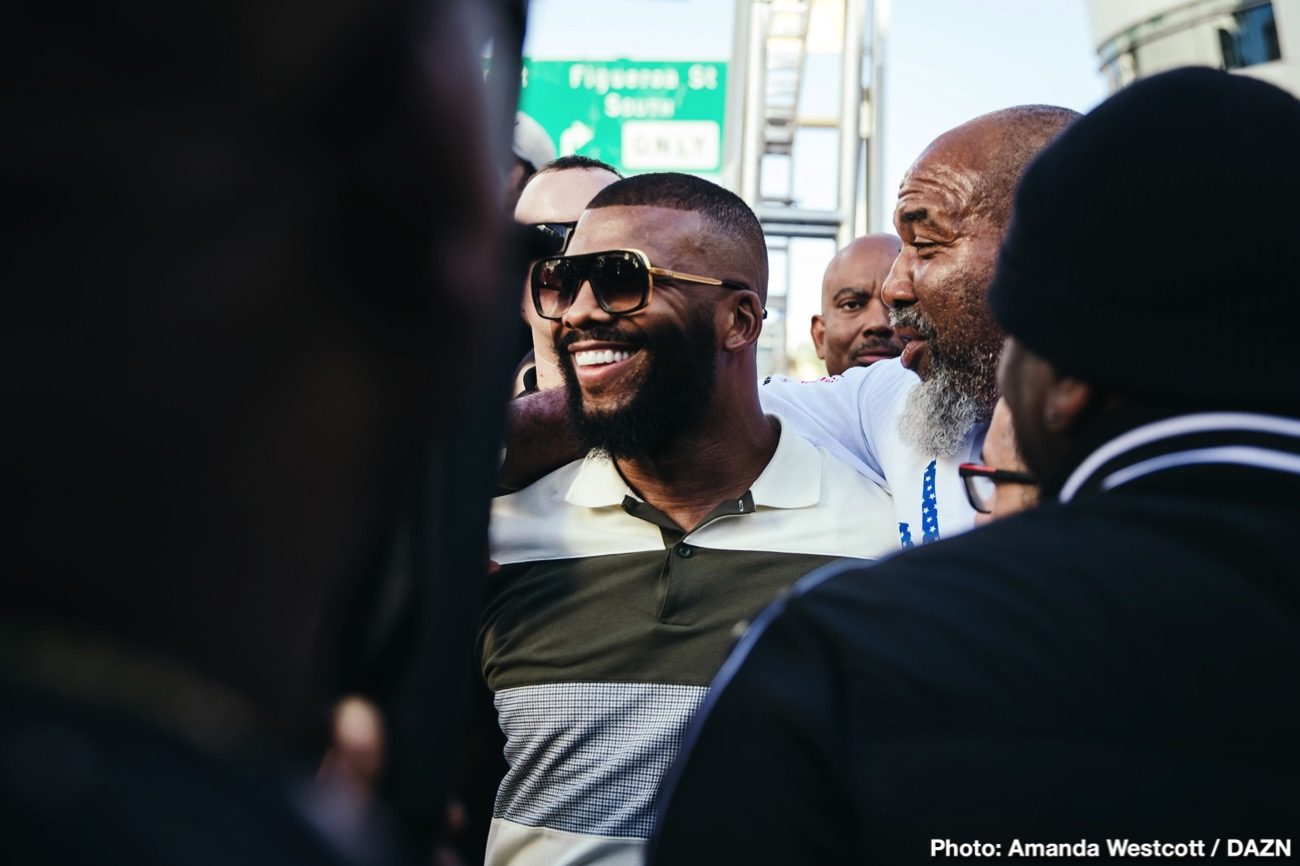 By Sean Jones: Badou Jack is predicting that Logan Paul will gas out and lose tonight in his rematch against KSI in their celebrity match LIVE on DAZN at the Staples Center in Los Angeles, California. The former two division world champion Jack says Paul, 24, has packed on too much muscle weight, and he’s not going to be agile.

Conditioning could play major factor in this fight

In looking at Logan workout with Shannon Briggs this week, he looked he ready to keel over from just throwing punches. Paul doesn’t look like he’s paid much attention to his cardio. This writer can’t remember seeing a that looked so out of breath from just shadow boxing.

Paul disagrees that he’s put on too much muscle. He says he walks around at 205 lbs. He weighed 199.4 lbs at the weigh-in on Friday, but he looked over-muscled in the upper body. At 6’2″, 199 lbs isn’t a lot of weight, but it looks like a lot with Paul. He’s transformed his physique, and looks like he’s been focusing on bodybuilding instead of boxing training. KSI doesn’t look much better. He looked fat around the middle at the weigh-in, but he’s not as over-muscled. KSI weighed in at 193.2 lbs.

“It was a close fight. I thought KSI won,” said Badou Jack to IFL TV in talking about the KSI vs. Logan Paul fight. “Now we got the rematch, and we’ll see what happens. It looks like Logan Paul put too much muscle on. I don’t think that’s going to help him in a real fight. I think he’s going to gas out.

“He gassed out last time, and I think he’s going to gas out again. It’s professional boxing now, and it’s not a game. In the last fight, even though they’re not professional fighters, it was still entertaining. It was fun. If KSI catches him, it’s good night,” said Jack.

Badou might have hit the nail on the head with his analysis of the KSI vs. Paul fight on DAZN. Logan Paul’s best shot at winning the fight is if he bum rushes KSI in the first two rounds, and tries to overpower him like a young George Foreman. He’s got the size and power to stop KSI in the first two rounds if he can land his shots, but he might not be able to do that.

The way that Paul was flailing away and missing badly last time they fought, he’s not going to be able to land many of his shots. But who knows? With Paul’s size, it’ll only take one good shot on the chin of KSI, and that could be it. 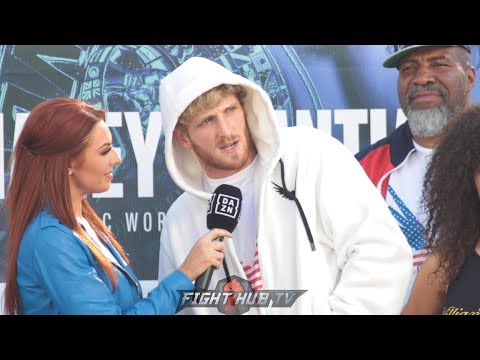 KSI will get beaten up says Logan Paul

“He says the same thing every time about how he’s going to ‘end me,'” said Logan Paul at the weigh-in last Friday. “I told him that Eddie [Hearn] is letting him get hurt. I’m kind of done with the smack talking. I’m going to let my fists talk. I like beating people up, and unfortunately he’s going to feel that tomorrow.

“Nah, I perform best at my natural weight. I weigh 205, and I weighed in at 199. just sure athletic power. Last year I was cutting a little too much weight. Watch me beat this man repeatedly on his giant forehead,” said Logan Paul.

It would be a good idea for Paul pace himself a little night just in case he’s unable to stop KSI in the first couple of rounds. At least if Paul paces himself, he’ll have a chance of going the distance without laboring like last time they fought. Paul was lucky to get a draw, because a lot of boxing fans saw it going for KSI. 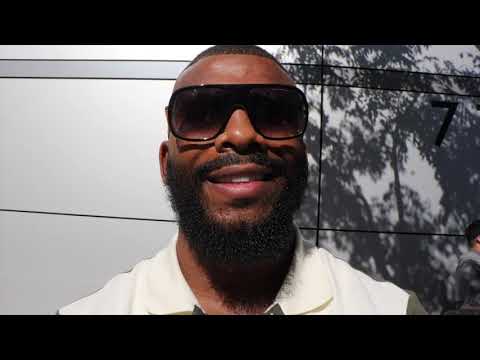