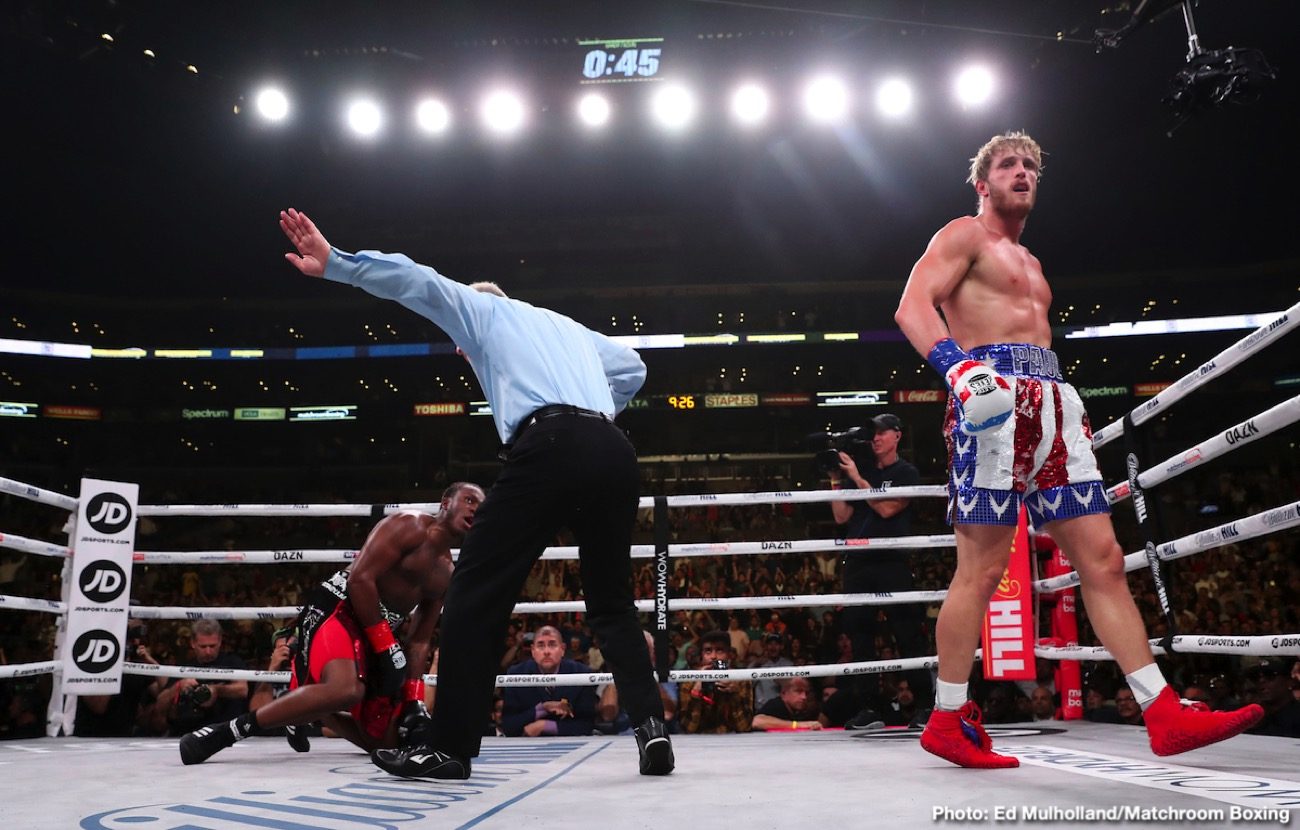 By Mark Eisner: Cruiserweight prospect KSI (1-0) defeated Logan Paul (0-1) by a six round split decision in their Youtube celebrity match on DAZN on Saturday night at the Staples Center in Los Angeles, California. The scores were 56-55 for Logan, 57-54, 56-55 for KSI. Boxing News 24 had KSI edging it.

The referee Jack Reiss arguably had a bad night in blowing calls left and right. The first blown call by Reiss was in round three when KSI dropped Logan Paul with a beautiful right to the head. Despite Reiss being on top of the action, he scored it as a slip, and waived it off. In looking at it on instant replay, it was a clear knockdown for KSI.

In the 4th, Logan knocked KSI down with a huge uppercut. However, Logan held KSI and hit him while he was down. The referee Reiss counted the knockdown, but took an unheard of 2 points away from Paul. That was an extreme move on Reiss’ part. Had he taken one point, the fight would have been a draw.

In the 6th round, Paul, 24, failed to listen to his coach Shannon Briggs, who told him to throw his right hand. He didn’t do that, and that allowed KSI to take the round by throwing more power shots. 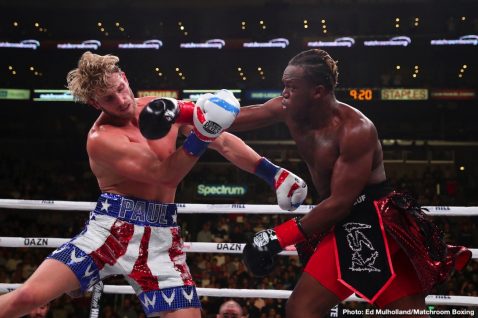 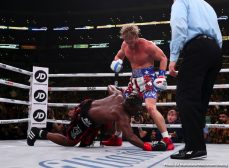 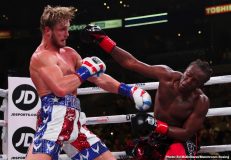 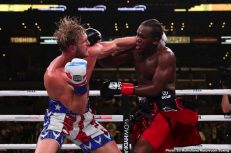 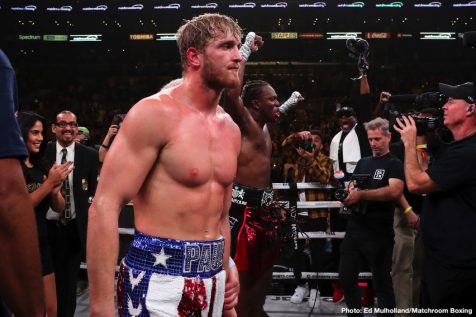 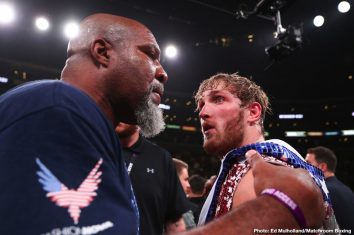 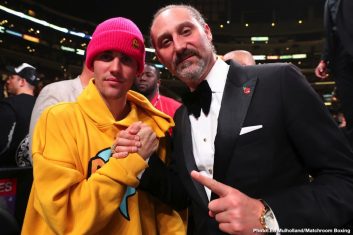 The fight was topped after Batista, 35, took a couple swings and attempted to head-butt the 21-year-old Ababiy after the bell sounded to end the round.

The referee Ray Corono chose to disqualify Batista immediately rather than give a warning. Batista had a reason to be upset with Ababiy, as he’d been dropped by two hard rabbit punches to the back of his head just moments earlier. While the referee Corono docked a point from Ababiy for the foul, Batista was obviously still upset at the blatant foul. I

It was a predictable reaction from Batista to take a couple of extra swings, but the referee wasn’t having none of it. You can argue that the referee should have given Batista a chance to continue fighting after taking a point away from him, but instead he booted him.

The crude way that Ababiy looked tonight, and in his previous seven fights as a professional, he would be better off fighting in the amateur ranks so that he can learn his craft properly. He’s too crude right now to be put in with good opposition, and one suspects that he’ll continue to foul in future fights. 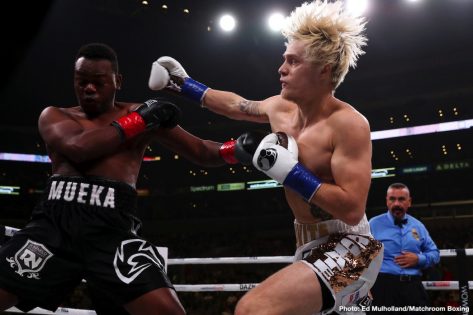 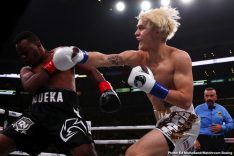 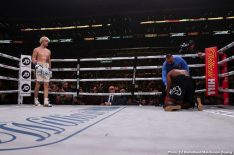 WBC lightweight champion Devin Haney (24-0, 15 KOs) had to fight hard to defeat the tall and rangy Alfredo Santiago (12-1, 4 KOs) by a 12 round unanimous decision win.

Haney knocked Santiago down in the fifth round after nailing him with some heavy shots. However, after that, Haney was unable to duplicate his success in knocking him down again. Haney says he dislocated one of his shoulders during the fight, and that kept him from being able to finish the job.

The tall lanky Santiago did a good job of eluding Haney’s best shots from rounds six through 12. Occasionally, Santiago would land a big shot to the head of Haney,but he never hurt him. 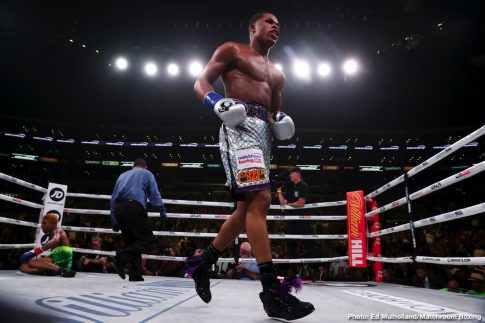 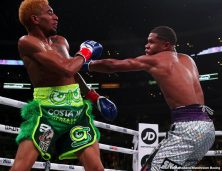 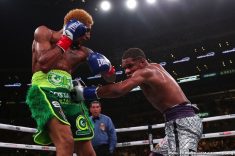 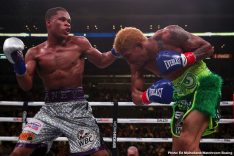 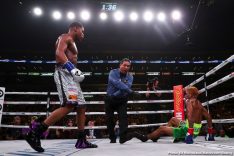 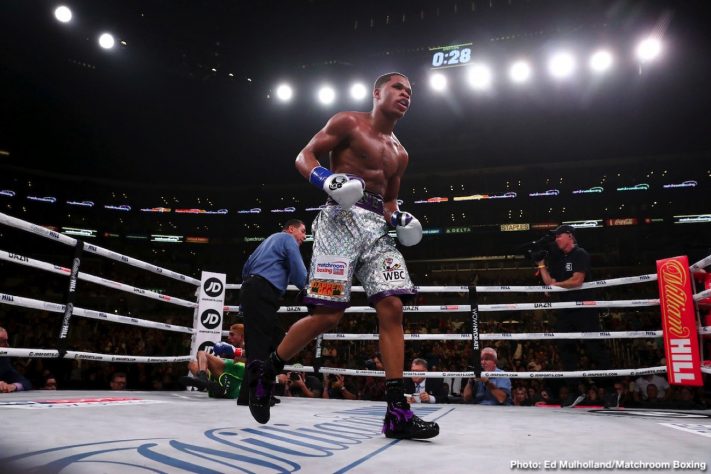 Saunders appeared to be on his way to losing the fight in the first 10 rounds. However, in the 11th, Saunders hurt the Argentinian Coceres with a big right hand to the back of his head. Saunders then dropped Coceres three consecutive times before the referee Ray Corono stopped the fight. The official time of the stoppage was at 1:59 of round 11.

Before Saunders starts thinking about facing the likes of Callum Smith and Saul Canelo Alvarez, he needs to work on his power, defense and energy. Saunders has never been a puncher during his 10-year professional career, but now that he’s at 168, he’s lacking.

Coceres, 28, came into the fight as a big underdog, but he did an excellent job of attacking Saunders. He landed to the body to the head of Saunders, and made sure that he countered him at every opportunity. Although Coceres lacked power, the high amount of shots that he hit Saunders with had his face reddened and swollen. The body shots that Coceres was hitting Saunders with seemed to take a lot out of him.

Saunders turned it around in the 11th when he nailed Coceres with a right hand to the back of his head. The shot hurt him badly. Once he had him hurt, Saunders landed another punch to the back of the head to put him down. Coceres momentarily got up, but then took a knee an stayed own until the count of 9. After Coceres got back up, Saunders held him in place by lacing him and holding his glove on his face, and then tagging him with shots.

Saunders then landed a big uppercut that dropped Coceres for a second time. That was a clean knockdown. When the action continued, Saunders hit Coceres with four punches to the back of the head to put him down for a third time in the round. The fight was then immediately waived off by referee Ray Corono. It was kind of ugly seeing Saunders drop Coceres twice with punches to the back of the head, but the referee didn’t have a problem with them.

#AndStill 👑 @bjsaunders_ puts Coceres down 3 times in the 11th and scores his 14th career KO! 💥

Big names on notice… 🚨 Who do you want to see him fight next? pic.twitter.com/UKry07NHyD

After the fight, Saunders said, ‘This performance wasn’t worthy of a fight against Canelo Alvarez.” However, moments later, Saunders still called Canelo out, telling him that if he wants to become a four division world champion, he needs to face him. 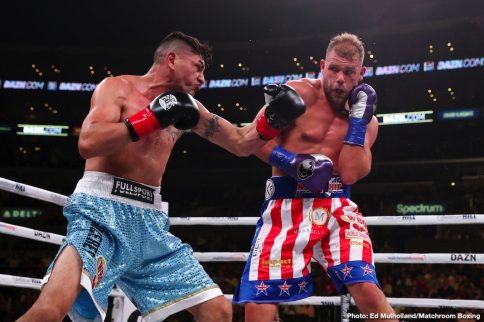 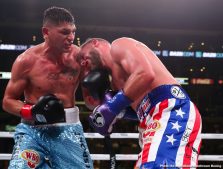 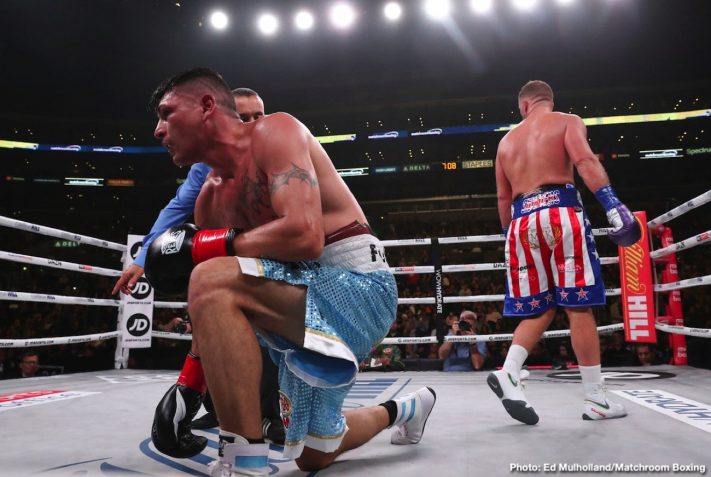 “”Take me now, because this is the time to take me next. I want Canelo Alvarez. Let’s give the fans a big fight. Win, lose or draw, Canelo Alvarez, you’re a great fighter. I respect you. You’ve done good things in boxing,” said Saunders.

Canelo would look bad if he were to fight Saunders off of this performance, because he’s older than 31 years, and not one of the elite. The way Saunders fought, he’s the now the weakest link among the super middleweight champions. Canelo has recently arguably defeated the weakest of the 168 lb champions last year in defeating former WBA ‘regular’ super middleweight champion Rocky Fielding.

In Canelo’s last fight, he again took on the perceived weakest champion in defeating WBO light heavyweight champion Sergey Kovalev. If Canelo faces Saunders, he will have taken on the weakest of the champions in three times in the last two years.

Canelo would be better off at this point in challenging WBA Super World super middleweight champion Callum Smith for his title rather than Saunders. If Canelo wants to get credit from boxing fans in taking a risk, he has to face Callum. Saunders is looking too old and depleted at this point in his career for Canelo to gain anything in fighting him.

WBA gold 122 lb champion Ronny Rios (32-3, 16 KOs) defeated Hugo Berrio (28-8-1, 18 KOs) by a 4th round knockout on Saturday night on DAZN at the MGM Grand Arena in Las Vegas, Nevada. Rios flattened Berrio with a nice punch. The referee then stopped the contest. The official time of the stoppage was at 2:56.

Undefeated 168-lb prospect Diego Pacheco (7-0, 6 KOs) stopped journeyman Aaron Casper (5-5, 4 KOs) in the 4th round. The 18-year-old Pacheco knocked Casper down three times in the fight before it was halted. He had him down once in round one, and twice more in round four. Time official time of the stoppage was at 2:49.

Cruiserweight prospect Josh Brueckner decisioned Tyler Smith by a four round unanimous decision. The judges’ scores were 40-36, 40-36, and 40-36. Smith was also making his debut as a professional.

Ohara Davies calm ahead of the huge #GoldenContract campaign »