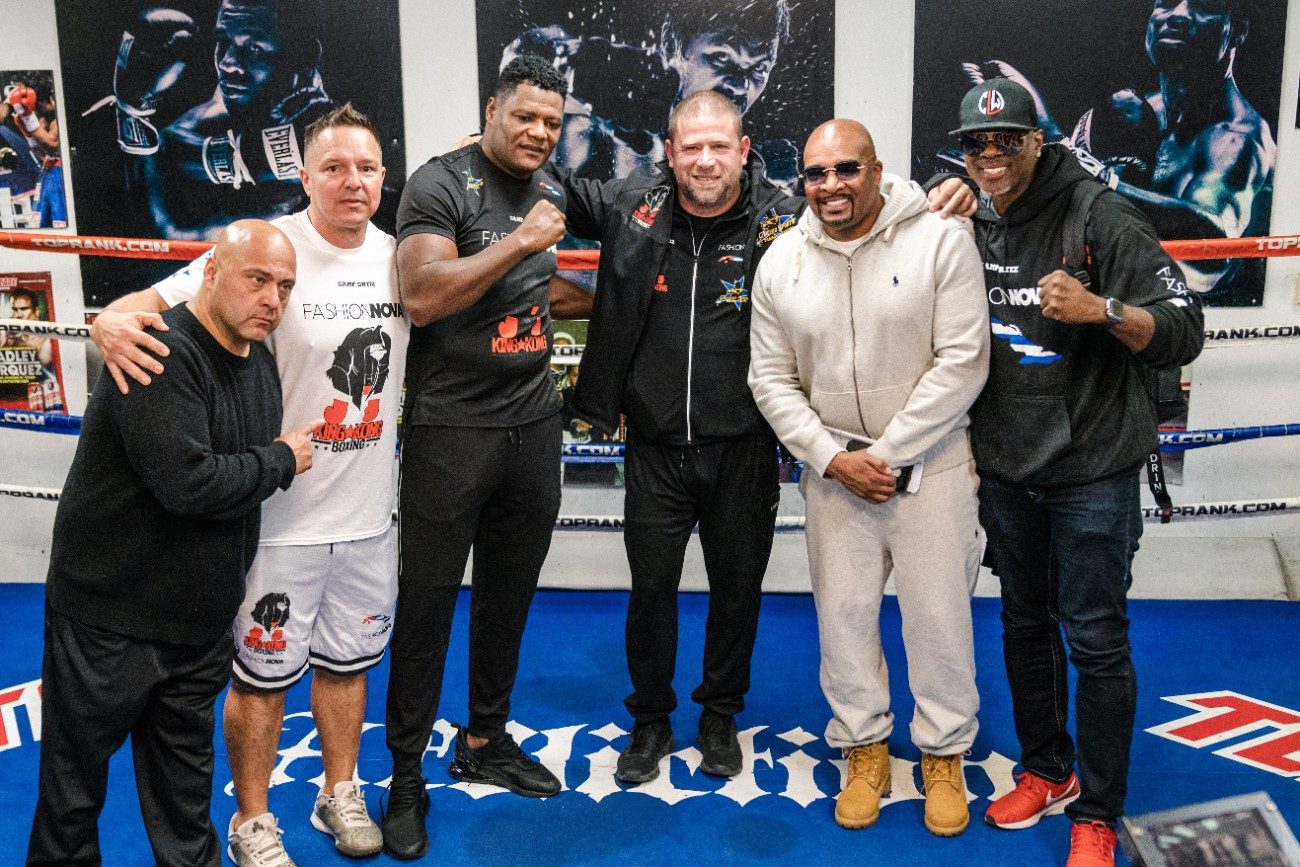 By Kenneth Friedman: Luis ‘King Kong’ Ortiz (31-1, 26 KOs) looks in prime condition and lighter with two weeks to go before he faces WBC heavyweight champion Deontay Wilder (41-0-1, 40 KOs) in a rematch on November 23 at the MGM Grand in Las Vegas, Nevada.

In looking at former heavyweight world title challenger Ortiz workout, this is the best that he’s looked in the last five years. The last time Ortiz appeared this trim and powerful was when he wiped out Lateef Kayode in a 1st round knockout on September 11, 2014.

Wilder can’t afford to miss with his power shots

Wilder still has a very good shot at winning this fight. If he can get to Ortiz with one of his big right hands in the first couple of rounds, he can end it before the Cuban fighter can get a chance to land anything.

The southpaw Ortiz is an excellent counter puncher, and he’ll be looking to tag Wilder back each time he attempts to connect. That’s why it’s imperative for Wilder to make sure that whatever he throws, he’s got to land it on the button with full power. Because if he doesn’t, Ortiz will answer him back with a counter and he could knock him silly.

People think Ortiz is older than 40

A lot of people joke about the 40-year-old Ortiz’s age, saying that he’s a lot older than what’s listed. Some speculate that Ortiz is in his 50s, and is too old to beat an elite heavyweight like Wilder. The reality is there anyone in their late 40s and early 50s that can fight the way Ortiz does. He’s clearly 40, but his face looks like a person of a more advanced age than 40.

What’s important isn’t Ortiz’s face. It’s the way he fights, and he’s still highly dangerous, powerful and accurate with his shots. Ortiz’s counter punching ability and southpaw stance is the reason why he’s been avoided by the other top heavyweights in the division. No one wants to mess with a southpaw fighter. But when you add in the fact that he’s an expert counter puncher with power, it makes him too dangerous to fight.

Ortiz can do a lot of different things inside the ring. He’s capable of showing different looks, and it makes it hard to adapt to what he’s doing. Wilder was able to stop Ortiz in the 10th round last year, but that was because he gassed out in the 7th round after hurting him. Ortiz emptied his gas tanking trying to finish Wilder in the 7th, and he expended too much energy.