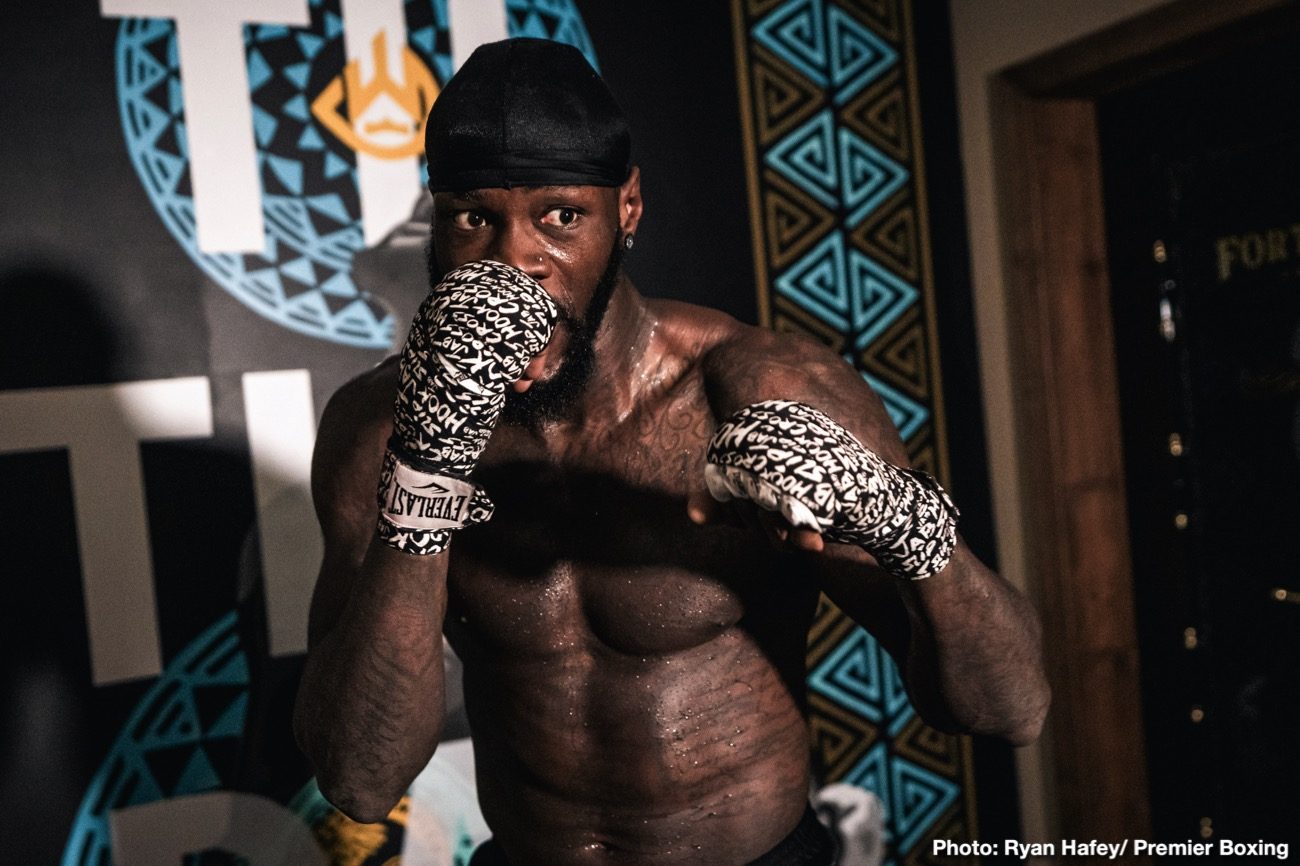 Wilder has a rematch with Luis Ortiz (31-1 26 KOs) on November 23 at the MGM Grand in Las Vegas. There’s risk of Wilder losing that fight, and that would ruin his dream of finishing his record at 52-0. But if he does win, it’ll certainly be by knockout.

Wilder says he plans on fighting six more years, which means he’ll be 40-years-old when he retires. if he continues to fight twice a year, he’ll have accomplished his goal of surpassing Mayweather at 52-0 in five years in 2024.

Winning all of his fights will be hard enough for Wilder, but knocking everyone out will be a lot harder. Guys like Tyson Fury will make it difficult for Wilder. He couldn’t knockout Fury in their fight last year, and it could prove just as difficult in their rematch in 2020.

“I think I can. I’m halfway there,” said Wilder when asked if he thinks he can match Floyd Mayweather’s 51-0 record. “With the way I’m fighting and with the things I’ve got planned for my career, I’ll definitely get there. 52-0 with 51 knockouts, that would be a sick record to have. I only have six more years left in the business.

Six more years and I’m out of here. Within these six years, I just want to give everyone the fights they want to see. If you want me to fight your favorite fighters, then get your favorite fighters to come. A lot of these guys say they want me to fight, but then they come up with PEDs, or they find themselves not really wanting to fight,” said Wilder.

If Wilder does end his career with 52-0 with 51 knockouts, that would be almost impossible for anyone to match or surpass that record. There hasn’t been a knockout artist in the sport of boxing that finished their careers with anything close to that.  With the kind of punching power Wilder possess, he can definitely knockout everyone he faces for the next six years.

The problem is his punch resistance isn’t great, and he tends to get wobbled easily. If someone like Ortiz, Anthony Joshua or Andy Ruiz lands solid on Wilder’s chin, he’ll likely get knocked out.

Fans will miss me when I’m gone – Wilder

“When people think about boxing, I want them to think about Deontay Wilder,” said Wilder. “I only have six more years left and then I’m out of the sport. So love me now. Give me my roses now. When I’m gone, you’re going to miss me, because nobody is going to knock anybody out like Deontay Wilder. That’s straight facts. I’m coming back to the basic plan with Ortiz because Ortiz is a very dangerous fighter,” said Wilder.

News:
What If? - Wilder v Fury: Will the loser exercise the trilogy rematch clause?

It’s going to be hard to find a heavyweight that can replace Wilder as far as the knockouts that he consistently racks up. Anthony Joshua (22-1, 21 KOs) has a similar knockout percentage as Wilder, but he’s not someone that is expected to have a great record as he gets older.

Joshua has stamina and a chin problem that will prevent him from matching Wilder’s success. Beyond that, Joshua will probably retire well before Wilder does. There’s some who believe Joshua will retire if he loses his December 7th rematch with Andy Ruiz.

“A lot of people talk about his age, but not too many people are trying to whoop that old man’s a– either,” said Wilder. “Only me. I whoop old folks and I whoop young folks, and that’s just how it is. I love Ortiz as a person, and I respect him a lot. But when we step inside the ring, all that is going to go out the window.

“I come from the old school. You can have animosity against someone. You know, negative energy towards someone. But then when you get in the ring and release your energy, may the best man win.

“After that, you’ve released your energy on that person. So you should have no type of negative energy towards someone. Just duke it out. They say fighting don’t solve problems, but in my life, I’ve found that it does. It solves a lot of things in life.

“A lot of people try to bring me down, but they’ve got to try harder. I’m not going anywhere anytime soon. I’m always rising, and always climbing, and as you can see, I’m always going to the bank, baby,” said Wilder.

No one wants to fight Luis Ortiz. That’s academic. All the top fighters in the division talk about wanting to fight the best, but they conveniently choose not to fight Ortiz. Even Joshua chose to fight lesser threats. So instead of facing Ortiz, Joshua chose guys like Carlos Takam, Joseph Parker and Alexander Povetkin.