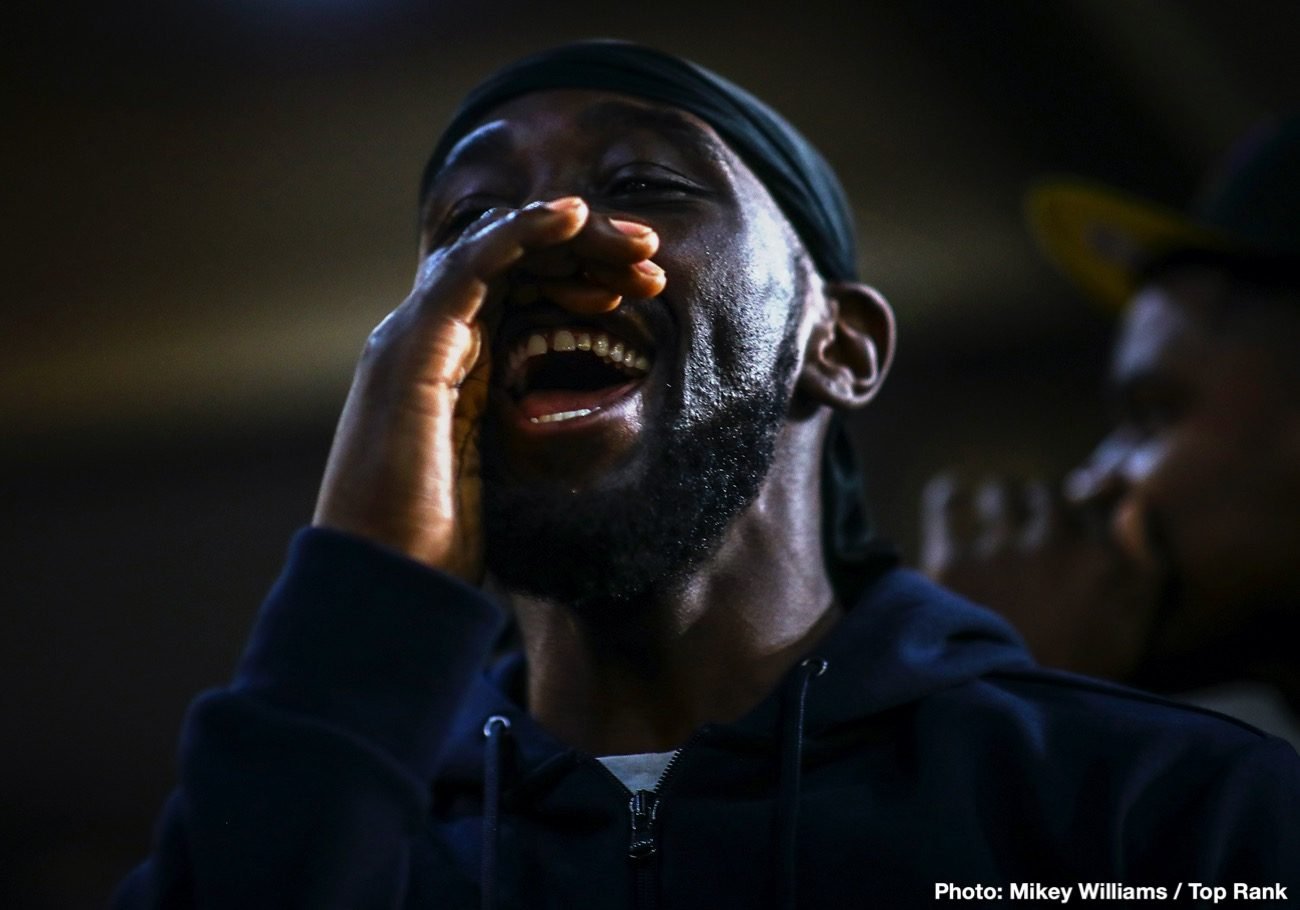 By Chris Williams: Terence Crawford says he wants to face Manny Pacquiao and or Keith ‘One Time’ Thurman in a unification fight at 147. He can’t fight IBF/WBC welterweight champion Errol Spence Jr. for the time being because he’s still recovering from a car crash last month.

That’s the fight that the 32-year-old Crawford (35-0, 26 KOs) had hoped would come to fruition, but it’s unclear whether they’ll ever fight.

It’s nothing new that Crawford is interested in fighting WBA Super World welterweight champion Pacquiao (62-7-2, 39 KOs). He’s wanted that fight for a while, but it’s never been there for him. With Pacquiao about to turn 41-years-old on December 17, WBO belt holder Crawford is running out of time to get that fight.

“I’ve been watching Keith Thurman since I was a youngster. So everything he did against Manny Pacquiao, I already knew it, and it wasn’t a surprise to me.”

There are huge obstacles that are in Crawford’s ways that would prevent him from fighting Pacquiao or Thurman. For starters, those two fight on a different network on Fox Sports, and that makes it tough to put a fight together with Crawford, who fights on ESPN. Secondly, Paccquiao and Thurman are with Premier Boxing Champions and work with Al Haymon. Crawford is signed with Top Rank, and is promoted by Bob Arum.

That further complicates matters. On top of all that, Crawford’s fighting style is one that a lot of fighters don’t enjoy competing against. He turns southpaw frequently during his matches, he’s a counter puncher, and moves around the ring a lot. Crawford has three strikes against him just based on his style of fighting. He’s highly defensive, and works hard at not getting hit.

These are the things Crawford has going against him:

Lomachenko is TOO small says Crawford

Former three division world champion Vasiliy Lomachenko (14-1, 10 KOs) would likely never consider  fight against the taller, heavier 5’8″ Crawford. Although the 5’7″ Lomachenko is only one inch shorter than Crawford, he’s considerably lighter, and would be at a great disadvantage unless they agreed to fight at a catch-weight. Even then, Lomachenko would likely need a rehydration clause to keep Crawford from having a big advantage over him in weight.

Some boxing fans would argue that Lomachenko had no issues facing the much smaller Guillermo Rigondeaux in 2017. The Cuban fighter moved up two weight classes to face Lomachenko at super featherweight without the benefit of a catch-weight. Lomachenko was the A-side in that fight, so he got things his way. If he fought Crawford, he wouldn’t likely be able to get the negotiation terms tilted heavily towards his side.

Crawford recently defeated Amir Khan by a 6th round stoppage last April. The Nebraska native will next be defending his WBO welterweight title against mandatory Egidijus Kavaliauskas (21-0-1, 17 KOs) on December 14 LIVE on ESPN+ at Madison Square Garden in New York.

The reason the fight is being staged in New York is to take advantage of the popularity of lightweight contender Teofimo Lopez, who is fighting against IBF 135-lb champion Richard Commey in the co-feature on the card. Unbeaten Teofimo (14-0, 11 KOs) is from New York, and he has a large base there.

The winner of the Commey vs. Lopez fight will be facing Lomachenko in a unification match in the first half of 2020. Crawford might win over a few East Coast boxing fans if he looks good against Kavaliauskas.