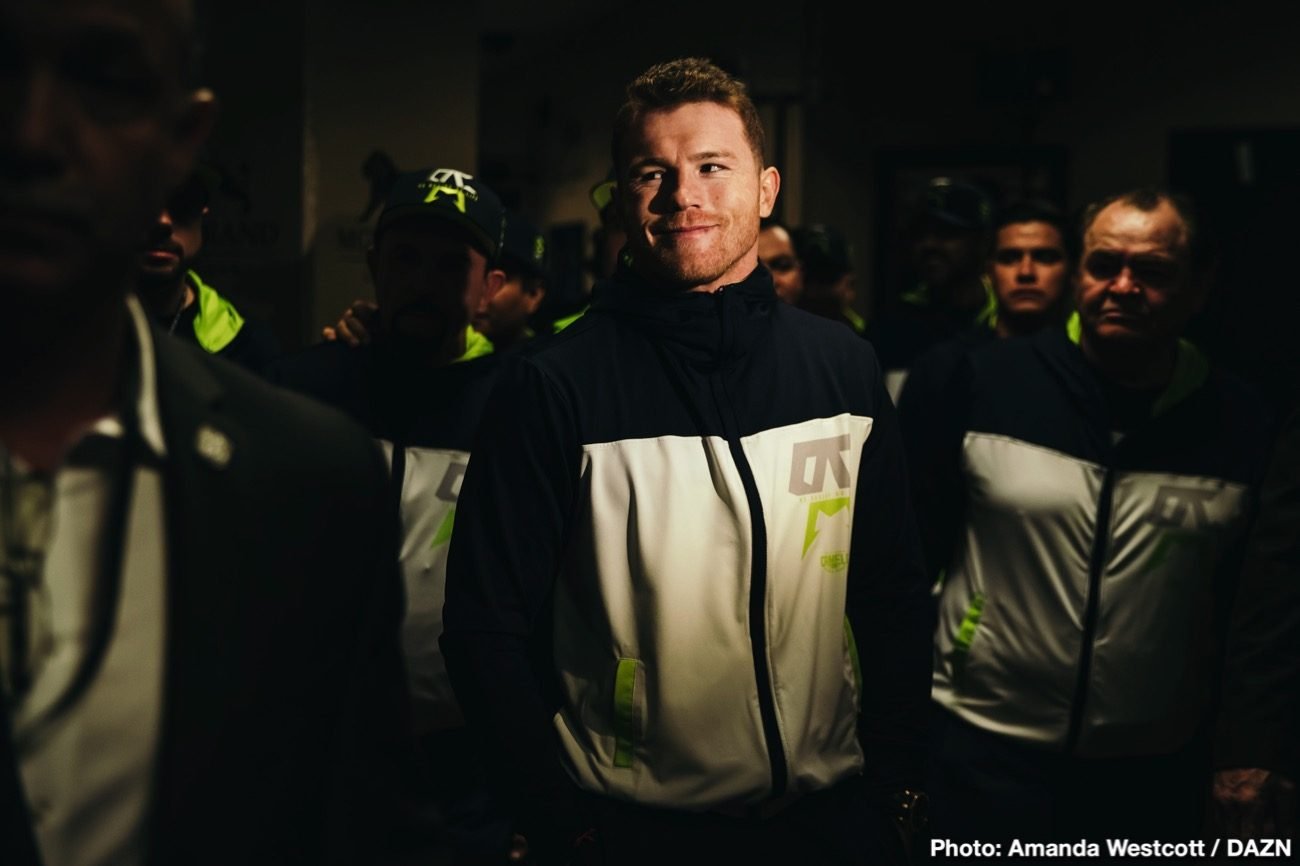 Canelo beat Kovalev by an 11th round knockout last weekend to join Morales as a four division world champion.

Alvarez could have risked his neck fighting IBF/WBC light heavyweight champion Artur Beterbiev or WBA champion Dmitry Bivol, but he opted for the soft target in Kovalev. Morales doesn’t like it, but Reynoso doesn’t seem to be bothered about it.

Hall of Fame fighter Morales is an old school fighter, who believed in fighters facing the best champions to capture world titles. He sees Canelo, who appears to have been calculating in going after vulnerable champions, and he has a problem with that.

What a shame to read champions, and former champions minimize the success of a compatriot [Canelo] and fellow professional, who began as they, from below, of a sport that perfectly knows the sacrifices and the danger it represents, perfection does NOT exist, the companionship YES # RESPECT🇲🇽
@CANELOTEAM

Reynoso can’t justify Canelo facing the opposition that he’s faced, because it’s pretty clear that he’s faced a lot of vulnerable guys to win his world titles. There’s nothing wrong with Canelo being selective in the champions he faces, since that’s how it’s nowadays. Boxing has become more of a business in this era.

The way Canelo’s fight with Kovalev played out, it looked to some boxing fans like the Russian fighter took it easy on him. This was something this writer had worries about going into the fight, because had picked Kovalev out for a huge payday.

Not only did Kovalev get a career high payday of $12 million for the Canelo fight, but he was on friendly terms. There was no animosity at all between them. The worry was that Kovalev might feel beholden to Canelo for offering him the payday, and therefore he might not fight hard against him. That would be like biting the hand that feeds. As it turns out, it looked to some that Kovalev fought at one-quarter intensity through most of the fight, and didn’t really put it on Canelo.

The way Kovalev briefly fought in the 8th, it appeared that he could have destroyed Canelo if he had wanted to.

Canelo fought these guys to become a 4-division world champ:

Hatton was a welterweight that moved up to 154 to fight Canelo for the vacant WBC junior middleweight title in 2011. Cotto was 35-years-old, and not anywhere near the talent of Golovkin at the time Canelo fought him. Fielding was viewed as the weakest of the 168-lb champions last year when Canelo fought him for his WBA secondary strap.

Canelo could have fought WBA Super World champion Callum Smith, but he chose to face Fielding instead for the secondary strap. Kovalev was seen as the weakest of the 175-lb champions when Canelo fought him. Although Reynoso told the media last week that Kovalev was better than Beterbiev, few people agreed with him. At this point in Kovalev’s career, he wasn’t in the same league as Beterbiev.

You don’t see as many courageous guys like Morales anymore. In this era, it’s all about making fights at the right time when a fighter gets old. We’ve seen that with Canelo not fighting Gennadiy Golovkin until he was 35-years-old, and then waiting a year before fighting him again. Canelo going after old timers like Kovalev for a title at 175 rather than IBF/WBC champion Artur Beterbiev or WBA champ Dmitry Bivol

In an ideal world, Canelo would have been fought lions in each division to win his four titles. He’s not done this though, because he likely would have lost to a younger Golovkin, and been beaten by Callum at 168 and Beterbiev at 175. So instead of Canelo being advertised as a four division champion, he would be a two division champ.

Morales’ argument that Canelo never fought the best when they were in their prime is a strong one. Canelo fought Golovkin after he was 35. His win over former WBO junior middleweight champion Liam Smith was against a belt holder, and not THE champion.

Canelo could have fought the best but didn’t

At the time Canelo fought for the 154 lb belt, he could have fought IBF 154-lb champion Jermall Charlo. That would have been a more courageous choice for Canelo rather than going after Liam Smith for his WBO belt. At the time, Golden Boy Promotions boss Oscar De La Hoya said Liam was the best at 154.  With Charlo holding the IBF belt at the time, it was hard to take him seriously.

These are the fighters Canelo could have fought to win his 4 division titles:

Although Canelo did eventually face Golovkin, it wasn’t until 2017, after he’d already won the WBC 160-lb title from 35-year-old Miguel Cotto. Even then, a lot of boxing fans believed Golovkin deserved a victory in his first fight with Canelo in 2017. That match was scored a controversial draw, but it looked like Golovkin won 8 rounds to 4.

Morales says Canelo has fought guys when they weren’t 100%

“It seems that Canelo’s fights, throughout his career, are not taken into account at 100 percent,” said Morales. “People and I had hoped that the fight against GGG would have taken place and instead they choose an opponent [Kovalev], who for many is already old, and won’t present real competition,” said Morales.