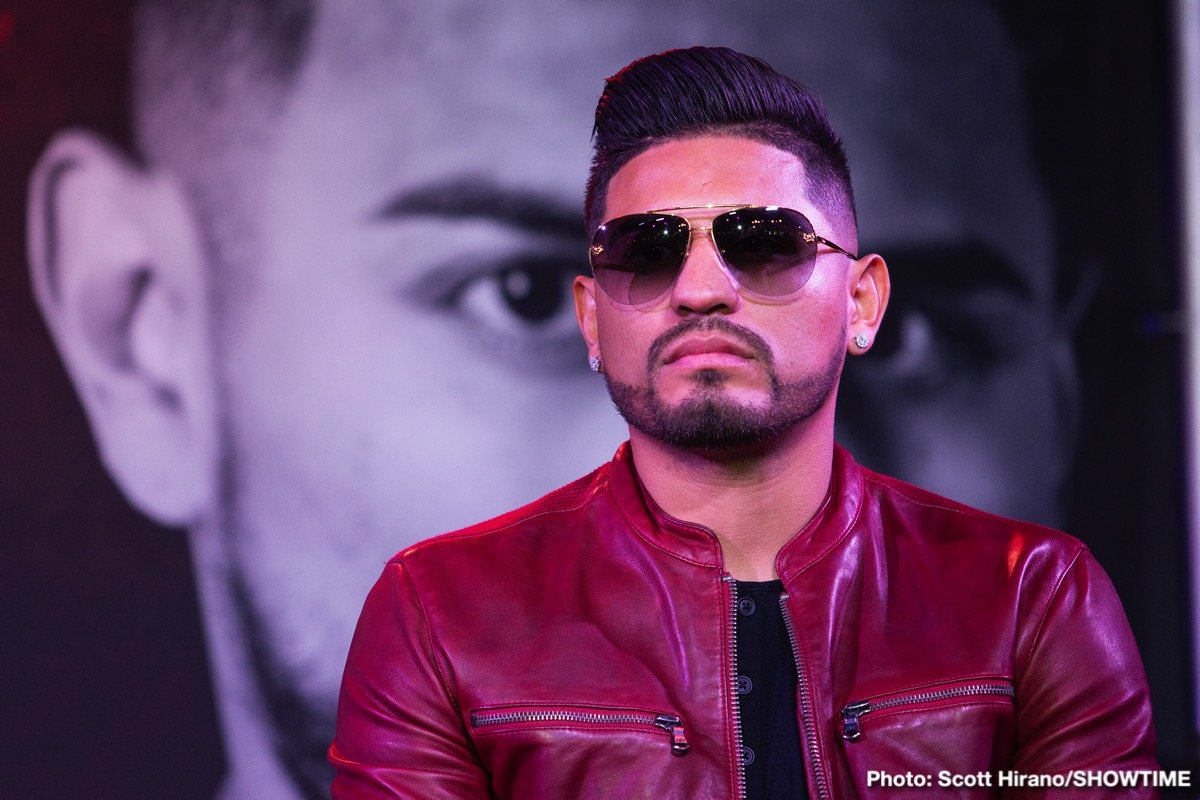 By Dan Ambrose: Abner Mares declared this week that he plans on returning to the ring in February or March of 2020 to resume his career. The former three division world champion Mares (31-3-1, 15 KOs) says that he’s already been given clearance to begin training and sparring for his comeback.

Hopefully, Mares doesn’t push for a third fight against Leo Santa Cruz, because he’s already lost to him twice. It would be forlorn for Mares to fight Santa Cruz a third time, and there’s no interest in that fight.

Mares had plans on returning to the ring earlier this year against former IBF/WBA super featherweight champion Gervonta ‘Tank’ Davis on February 9, but he suffered a right eye injury during a sparring session.

Mares last fought in June 2018 in loss to Santa Cruz

Abner suffered a detached retina for that eye, and it required surgery to fix the problem. Now nine months later, Mares has been given the green light to start sparring to get ready for his ring return.

Mares, 33, hasn’t fought since losing a 12 round unanimous decision to Leo Santa Cruz in their rematch on June 9, 2018. Given how decisively Santa Cruz beat Mares in their first fight in August 2015, a lot of boxing fans were wondering why the need for a rematch.

Mares will be turning 34 this month on November 28. That’s not young for a fighter that competes in the lower weight classes, and who hasn’t won a fight in 2 years.

For a lot of fans, it’ll be a surprise to see Mares returning to the ring, because he’s now a co-host on Inside PBC Boxing on FOX. The perception some fans have is Mares is retired, and done with the sport.

Mares will have it tough at featherweight

There’s no word in which weight class Mares plans on competing with. If he’s going to return to the 126-lb division, he’ll need to lose a lot of weight. He’s looking heavy in the 150s possibly. Losing that weight will be tough for Mares, but not impossible. The division has young guys guys at the top, and Mares is far removed from his youth.

It might be a wiser move for Mares to try and campaign at super featherweight. That’s an attainable weight that Mares can make without needing to drain himself completely.

If Mares chooses to return to featherweight, he can go after WBA ‘regular’ champion Can Xu (17-2, 3 KOs). That guy is arguably the weakest link among the current champions at 126. There won’t be a lot of interest from fans in seeing Mares fight Xu, but at least he has a shot at beating that guy to win a belt.

The other champions at 126 are Josh Warrington [IBF], Santa Cruz [WBA] and Gary Russell Jr. [WBC].

At super featherweight, Mares would need to go after these belt holders: