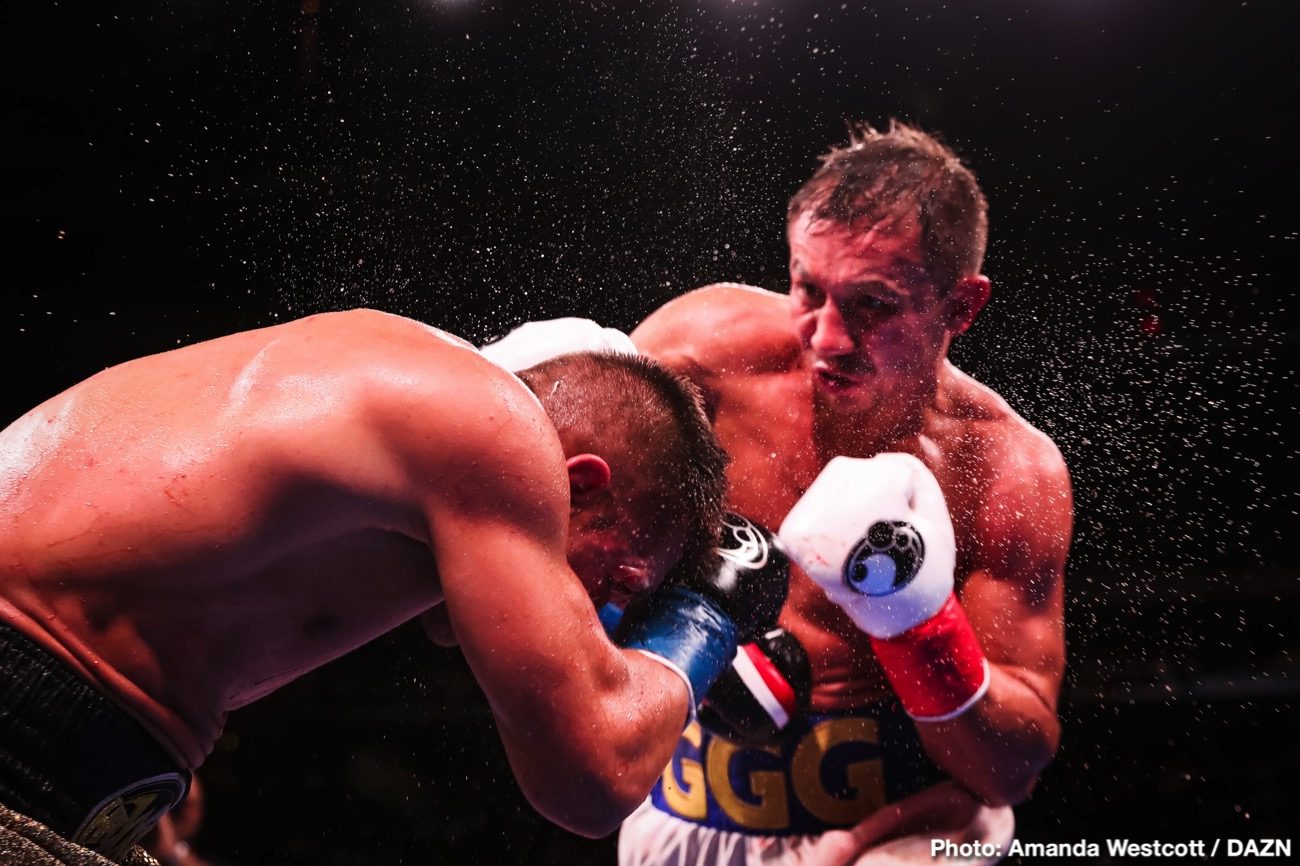 By Matt Lieberman: Gennadiy Golovkin won last Saturday night against Sergiy Derevyanchenko to claim the vacant IBF middleweight title in New York. Fans are not convinced that Golovkin (40-1-1, 35 KOs) deserved getting the decision by the judges. Many of them thought Derevyanchenko should have been given the win.

Nevertheless, Golovkin was given the victory, and his promoter Tom Loeffler is already exploring potential fights that he’d like to see him in for his next bout in early 2020. Unfortunately for Derevyanchenko, his name isn’t being mentioned by Loeffler.

Loeffler not talking of Golovkin vs. Derevyanchenko rematch

Tom is more excited at the prospects of matching Golovkin against secondary WBA middleweight champion Ryota Murata (15-2, 12 KOs), who is coming off of a win over Rob Brant.

Golovkin will be resting up for the remainder of the year healing from his war with Derevyanchenko (13-2, 10 KOs). Golovkin won a 12 round unanimous decision over Derevyanchenko at Madison Square Garden in New York.

Loeffler says Golovkin vs. Murata would be “huge international event”

“He wasn’t that ill. He was ill but he wasn’t ill to the point where the fight was in jeopardy,” said Loeffler to Fighthub. “He’s a two-time middleweight champion now. He’s going to try to extend that championship run that he had with twenty title defenses in the first run. So now we’ll see how far the second run is going to go for him. There’s some great fights out there, great match-ups. We were talking about potentially a [Ryota] Murata fight in Japan. That’s a huge international event.”

GGG vs. Murata wouldn’t be a big fight in the United States, because the Japanese fighter hasn’t been seen enough by the fans. The American boxing fans that have seen Murata, know of him from his losses to Rob Brant and Hassim N’Dam. Although Murata came back to avenge both losses, he didn’t look anywhere near the same talent level as the elite middleweights like GGG, Saul Canelo Alvarez and Derevyanchenko.

DAZN will be sure to give Golovkin feedback about his next potential opponent. He’s already had one easy fight against Steve Rolls of his six-fight contract with DAZN. If Golovkin fights Murata next, then would be another soft fight.

DAZN would get more for their money if they urge Golovkin to fight Derevyanchenko again. If not him, then one of the super middleweights like David Benavidez or Callum Smith. Caleb Plant and Billy Joe Saunders are too defensive to make it interesting for boxing fans. Golovkin is better off fighting someone that he wouldn’t have to pursue.

Golovkin’s promoter Eddie Hearn and trainer Johnathon Banks both have spoken about how he was ill for the fight. Loeffler isn’t making the same excuses for Golovkin.

If Golovkin isn’t already working harder after his loss to Saul Canelo Alvarez, then that’s disappointing. He should have worked hard to prepare for the Derevyanchenko fight, because he knew it was going to be a tough one.

“I thought Sergiy won, but it was a close fight,” said Devin Haney to Behind the Gloves. “The Canelo fight took a lot out of him, and he’s showing that he’s on the downside now. I think Canelo would be way too much for him. Golovkin hit him [Derevyanchenko] with some good shots, but he kept coming right back with speed and angles. He was in good shape,” said Haney.

Golovkin still has his power, and that’s what’s bailed him out in his last two fights against Rolls and Derevyanchenko. GGG’s power and stamina kept him in his second fight with Canelo last year after he took a shellacking in the first six rounds. Golovkin kept the pressure on, and wore Canelo down in the last half.

“I had Sergey by one or two rounds,” said Jarrell ‘Big Baby’ Miller. “It was close. GGG, he didn’t win tonight. He got a little old tonight

Golovkin did win the fight against Derevyanchenko with the judges, but he lost the event in the eyes of the fans. They weren’t booing because they thought Golovkin for the fun of it. The boxing fans were unhappy with the results of the fight because they saw Dereyanchenko outworking him. 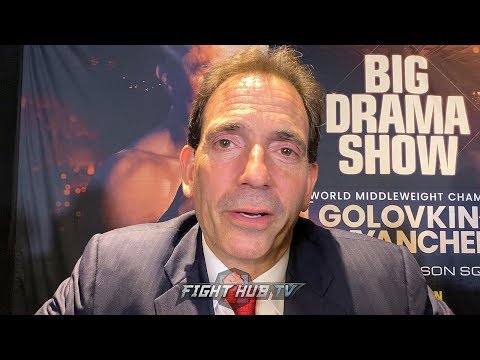 
« Ryan Garcia fights Romero Duno in co-feature on Canelo vs. Kovalev on Nov.2

Haye thinks Usyk will be successful at heavyweight »