Ryan Garcia fights Romero Duno in co-feature on Canelo vs. Kovalev on Nov.2 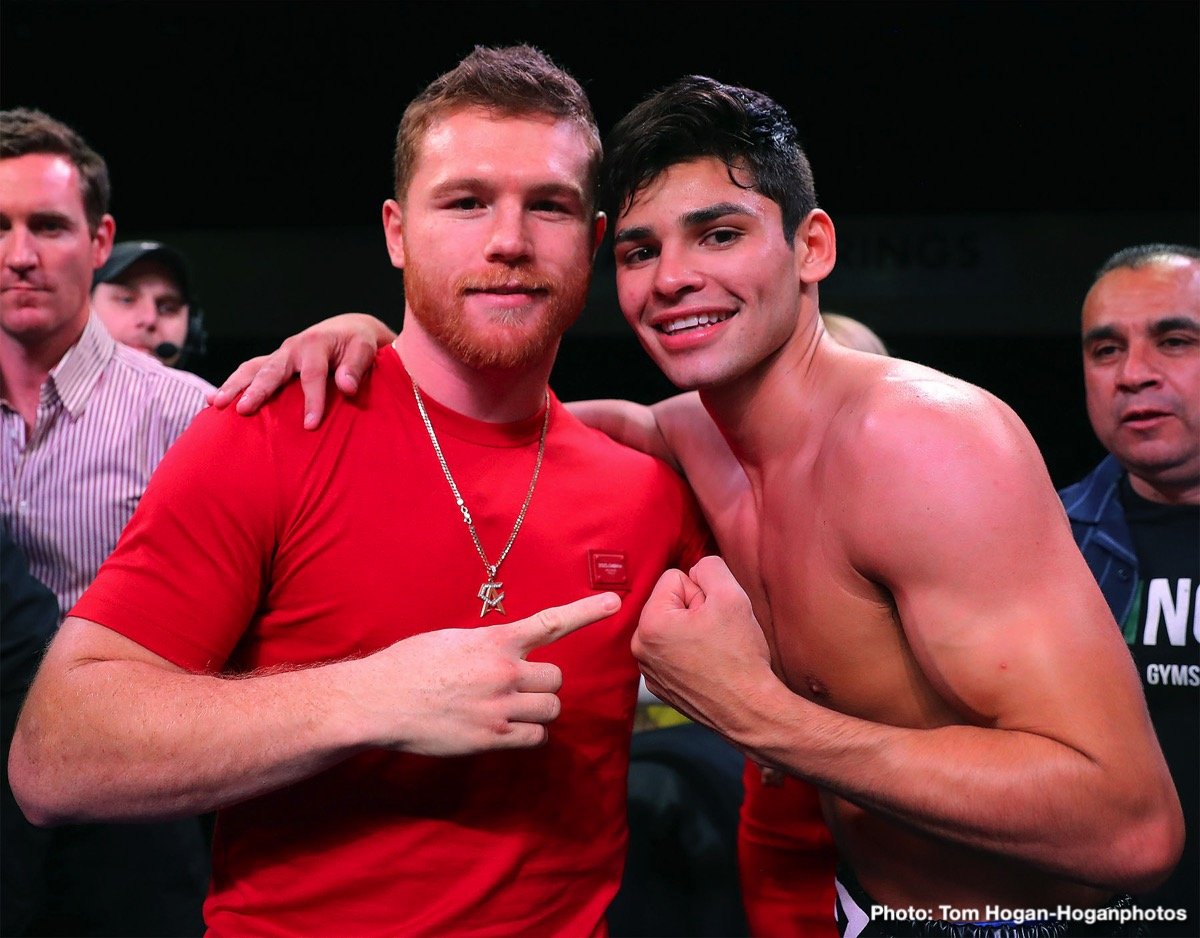 By Robert Addams: Lightweight contender Ryan Garcia (18-0, 15 KOs) will get a chance to win over new fans in his co-feature fight against Romero Duno (23-1, 16 KOs) on November 1 on DAZN on the Saul Canelo Alvarez vs. Sergey Kovalev card.

The young 21-year-old Garcia is being given a high visibility spot at the MGM Grand Garden Arena in Las Vegas, Nevada. Ranked #4 WBA, #6 WBO, #10 WBC, Ryan is working himself slowly into position to fight for a world title at lightweight.

“With Ryan Garcia, we have a huge star in the making, but he’ll need to get past a tough, hard-hitting contender in Romero Duno to secure his path for a world title,” said Golden Boy Promotions CEO Oscar De La Hoya.

This is a chance for De La Hoya to find out if he made the right decision in giving Ryan Garcia a contract extension recently with Golden Boy Promotions. There are still a lot of unknowns about Garcia because he’s not yet faced quality opposition yet. Ryan is a little bit older than interim WBC lightweight champion Devin Haney, but he’s not faced the same level of opposition.

Duno, 23, isn’t quite as good as the last five opponents Haney has fought, but he’ll be a good yardstick to evaluate where Ryan is at with his career right now. If Garcia loses to Duno or struggles to win, then De La Hoya to back him off from fighting better opposition until he can prove that he’s ready for a step up.

Ryan is trained by Eddy Reynoso, who also trains Canelo Alvarez. He’s working on various aspects of Garcia’s game to iron out the flaws.

“This is a big moment for me,” said Ryan Garcia. “These opportunities don’t come often. It’s my chance to show what I’m capable of on the biggest stage in boxing. I’m not going to let this opportunity slip. I’m fighting against Romero Duno, the opponent I wanted since the beginning,” said Garcia.

There are some boxing fans who think that Ryan is biting off more than he can chew in taking on a fighter as tough as Duno at this early stage in his career. Although Ryan is a lot faster than Duno in terms of hand speed, he’s not as powerful as him.

Duno has never knocked out, and he’s someone that walks through his opponents shots to wear them down grueling contests. The Filipino slugger’s fights are battles of attrition. He stays in his opponents face, and pressure them all night long until they break.

Duno a tough opponent for Garcia

This is a different type of opponent than the guys Ryan has been fighting. If Ryan can’t keep Duno off of him, he could be in for a long night on November 2. What Ryan doesn’t need is to be seen running from Duno.

Winning in that fashion would be virtually the same as losing. For Garcia to win over new boxing fans, he’s got to fight similar to what we saw from Sergiy Derevyanchenko in his contest last Saturday night against Gennadiy Golovkin. Ryan can’t run from Duno.

In other undercard action, unbeaten junior middleweight Bakhram Murtazaliev (16-0, 13 KOs) will be fighting Jorge Fortea (20-1-1, 6 KOs) in a 12 round fight. Murtazaliev, 26, is a big punching 154-pounder from Grozny, Russia. He’s someone to keep an eye out for in the future. Murtazaliev is ranked #4 WBO and #6 IBF. He has wins over Bruno Leonardo Romay, Elvin Ayala and Norberto Gonzalez.

Middleweight Meirim Nursultanov (12-0, 8 KOs) is fighting Cristian Olivas (16-5, 13 KOs). Nursultanov, 26, is an excellent prospect from Kazakhstan. He’s still slowly working through the journeyman level opposition at this early point in his career, but he’ll start fighting better opposition soon. He’s got a lot of time to develop.

Great sparring with @KingRyanG How much would you have paid to watch ? pic.twitter.com/U1RkWabikS