Inoue: I will stop Donaire if I see an opening 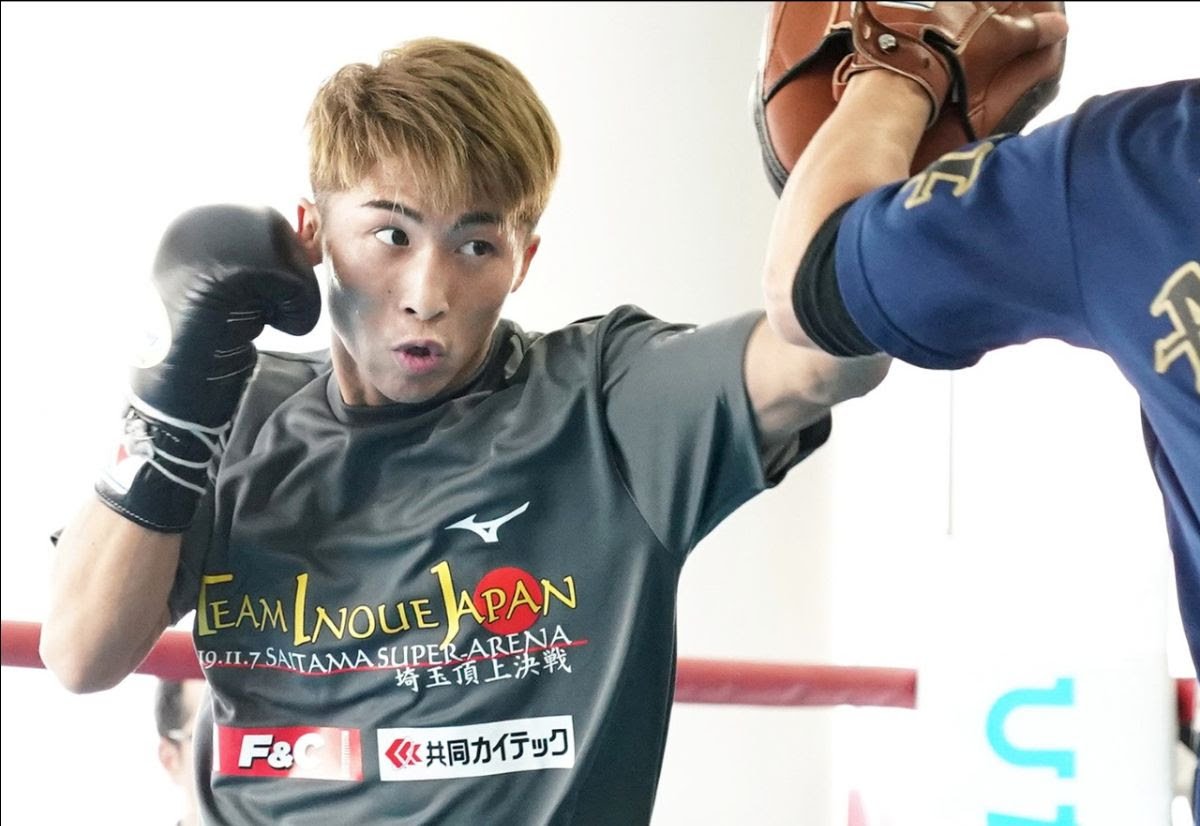 Donaire, 36, and the 26-year-old ‘Monster’ Inoue are fighting for the Muhammad Ali Trophy at 118, and the winner will be seen as the #1 fighter in the division. Inoue has the home country advantage with the fight being staged in Japan, but that may not be enough. With Donaire’s still devastating power, he’s capable of knocking out Inoue if he’s able to stick around long enough to connect with something big. Inoue is facing a fighter that has NEVER been beaten at bantamweight in five tries. Donaire’s record is a perfect

Naoya comes into the fight with Donaire in a strong position, having obliterated his two previous opponents in the WBSS tourney, and is looking outstanding.  Inoue recently stopped Emmanuel Rodriguez and Juan Carlos Payano. Those are good fighter, but neither of them are in the same league as Donaire.

“I will show the best performance of my career to win Ali Trophy,” said Inoue.  “I’m prepared to fight for 12 rounds with Nonito Donaire, but if I see an opening, I will aim for a knockout. I have been watching Donaire throughout his career and was stealing his moves when I was starting out in boxing.

“I have a lot of respect for Donaire, I have idolized him and that’s why he was the one I wanted to fight the most in this tournament. But now it’s time for a change of generations.”

It’s hard to tell whether Inoue has what it takes to beat Donaire because everyone he’s ever faced would likely lose badly to him as well. It’s safe to say that Donaire would beat everyone that Inoue has ever fought. That’s not a knock on Inoue. He’s an excellent fighter, but he hasn’t fought anyone in the lower weight classes that you can say is a good enough fighter to defeat Donaire. As such, there’s a lot of question marks about Inoue going into this fight. Those questions will likely be answered if the fight goes more than six rounds.

These are Inoue’s best career wins:

Those fighters aren’t anywhere near good enough to handle Donaire at any point in their respective careers. McDonnell is arguably the best fighter on Inoue’s resume, but he was clearly beaten by Liborio Solis two years earlier in 2016. The judges gave it to McDonnell in a HIGHLY controversial 12 round unanimous decision. A lot of boxing fans saw Solis as being robbed in that fight.

Donaire beat Narvaez with ease in beating him by a one-sided 12 round unanimous decision in October 2011. That was three years BEFORE Inoue stopped Narvaez in the 2nd round in 2014.

When Donaire fought Narvaez, he was a little younger, and he was still undefeated. Narvaez spent the entire fight with Donaire covering up in a shell, and not putting much effort into winning. Donaire won the contest by the scores 120-108, 120-108 and 120-108. It wasn’t competitive in the least.

You’ve got to figure that Donaire will check Inoue’s chin many times if the fight lasts six rounds or more. In Inoue’s last fight against Emmanuel Rodriguez, he didn’t look comfortable when he was getting hit by him in round 1 and 2. If Rodriguez had been able to stay in there a little longer, he might have won the fight.

Donaire says he’s got the game plan to beat Inoue

“I’m picking me. That’s it,” said Donaire to Mayweather Promotions in picking himself to beat Inoue. “We’re working real hard. We’ve got a real good game plan going on. No matter how good, and how strong, you get the best strategy, and no one can beat you. And that’s what I have, the best strategy, and I’m very confident in what we have and what we’re capable of. We’re going to take it to the monster and see who is the bigger monster in the fight,” said Donaire.

What Donaire will likely be looking to do is let his hands go, and count on his heavier shots being too much for Inoue. In Donaire’s last match against Stephon Young (18-2-3, 7 KOs) in the semifinal of the WBSS tournament last April, he made that fight tougher than it should have been being too cautious, and not letting his hands go. This made the fight difficult for Donaire until he finally caught Young with a big left hook that flattened him in the 6th. The fight was immediately halted, as Young was badly hurt.

In Donaire’s quarterfinal fight in the World Boxing Super Series tournament, he defeated WBA bantamweight champion Ryan Burnett by a 4th round knockout last year in November in Glasgow, Scotland. Burnett tried to slug with Donaire, and discovered quickly that he didn’t have the punch resistance to handle his power.

Once Donaire started putting hands on Burnett, he quickly retreated to the ropes, and was taken out in the 4th round. Like Inoue, Burnett came into the fight with Donaire with an inflated record with wins over mostly lesser guys that made him look better than he actually was, and he clearly wasn’t as good as people thought.

Can Inoue handle the power from Donaire?

We know that Inoue can dish out punishment against decent level fighters, but we don’t know if he can take it when he’s getting hit back. When you see a fighter with a lot of early knockouts on their record, it tells you that fighter still hasn’t been tested. Inoue’s management has done an admirable job in putting him with beatable guys, but never matched him tough.

When Inoue was at super flyweight he didn’t fight Juan Francisco Estrada, Srisaket Sor Rungvisai, Khalid Yafai, Roman ‘Chocolatito’ Gonzalez and Jerwin Ancajas. Inoue bailed from the division without fighting any of them. Why would Inoue not fight at least one of those guys? This writer suspects that maybe there was concern that Inoue would be exposed if he fought those guys, and the gravy train would then end.