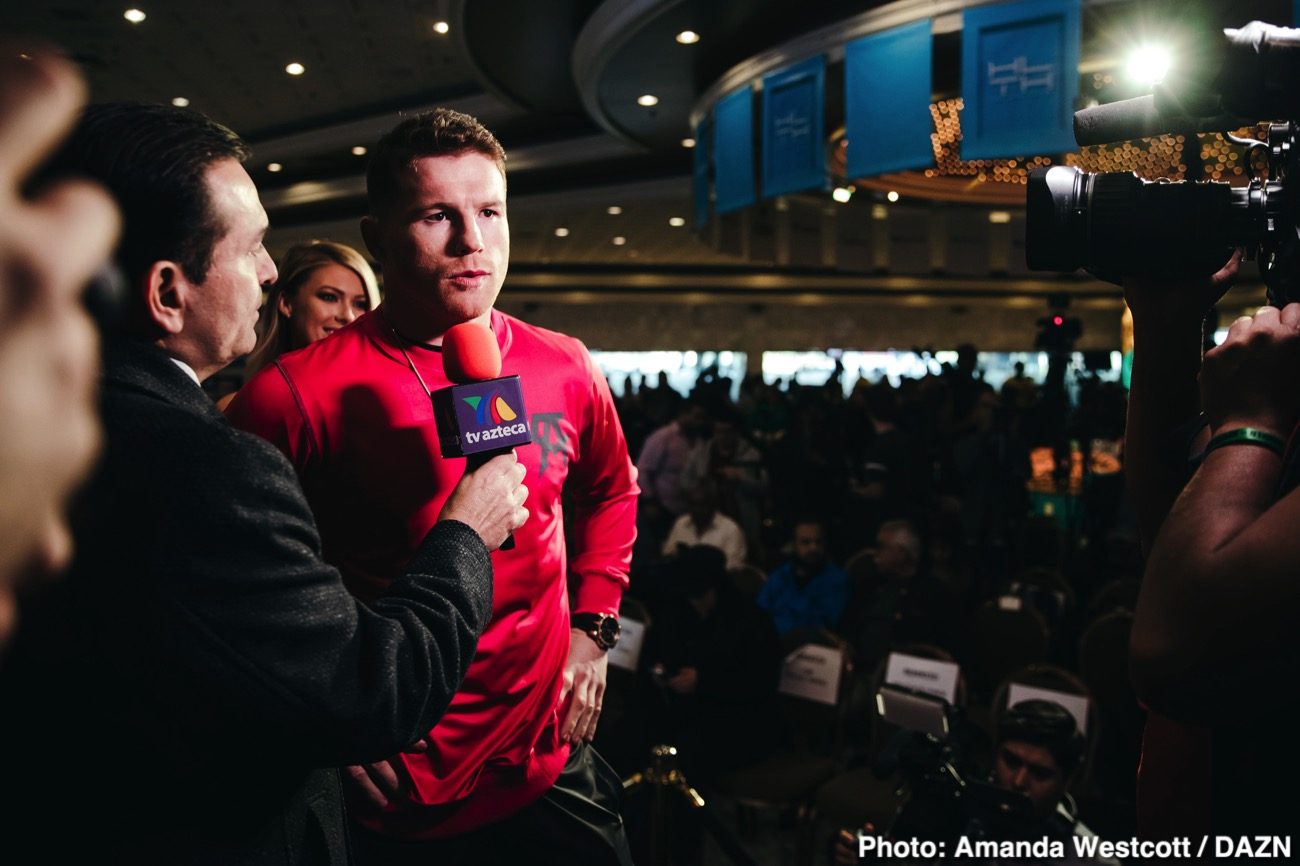 By Aragon Garcia: Having proven himself against the best in the sport for over a decade, Saul Canelo Alvarez says he should be rated #1 on the pound-for-pound lists ABOVE Vasily Lomachenko and Terence Crawford. Canelo is rated #3 on the widely recognized Ring Magazine pound-for-pound.

Canelo Alvarez (51-1-2, 35 KOs) is fighting WBO light heavyweight champion Sergey Kovalev (34-3-1, 29 KOs) this Saturday night in seeking his fourth division world title at the MGM Grand Garden Arena in Las Vegas, Nevada. A win over Kovalev will put Canelo in a strong position to be elevated to the #1 spot in the pound-for-pound ratings. After Canelo takes Kovalev’s scalp on Saturday, it’s going to be impossible for Ring Magazine not to have him as #1 in the Pound-F0r-Pound ratings.

Some boxing fans may not like it but Canelo definitely done more than Lomachenko and Crawford as far as important wins in his career. First off, Canelo has been more willing to take big risks than those guys. Why hasn’t Crawford risked his unbeaten record by going up to 154 to take on Jaime Munguia or to 160 to face Canelo? Crawford should have done that ages ago, but he hasn’t.

These are Canelo’s best wins:

Of those wins, six of those fighters were some of the best fighters in the sport of boxing.

The best fighter of that bunch is Russell Jr., but Lomachenko looked bad in his win over him. He ran from Russell Jr., and didn’t stand and fight like a pound-for-pound #1. What’s worse is that Orlando Salido, who was in his mid-30s at the time, beat Lomachenko in 2014 by a 12 round decision. It’s safe to say that Canelo wouldn’t have never lost to a fighter like Salido. Loma NEVER avenged that loss. All he did was complain that he should have won.

What makes it hard have Lomachenko above Canelo is his reluctance to take on Devin Haney and Gervonta Davis.  Lomachenko has wasted time winning titles at lightweight against weak opposition. His wins over Jose Pedraza, Luke Campbell and Anthony Crolla were nothing special. He would have gotten a lot more notoriety if he had fought Haney, Teofimo Lopez or Gervonta Davis by now. If Canelo fought at lightweight, he would have likely already fought those guys by now.

“To be a world champion in four different weight classes would be another chapter of my story,” said Canelo. “Everything has been different, the weight, the training, and I can’t wait to see how it goes on Nov 2. I’ll do my best.”


« Inoue: I will stop Donaire if I see an opening