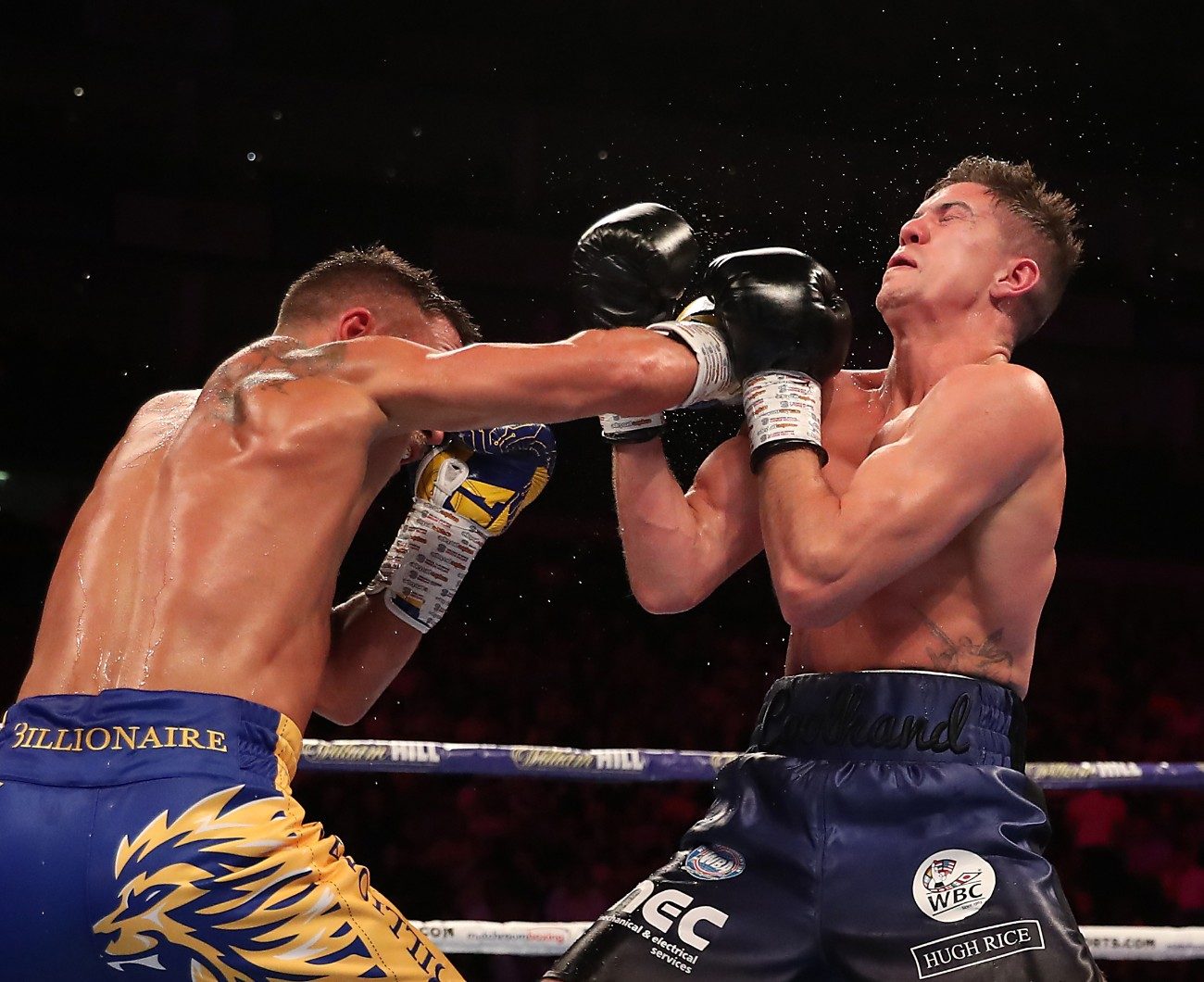 By Charles Brun: Tony Bellew was mesmerized by the performance by Vasiliy Lomachenko and thinks he would school Gervonta ‘Tank’ Davis right now. Bellew views the unbeaten Davis (22-0, 21 KOs) as Lomachenko’s biggest threat, but he still sees him getting trounced when the two eventually fight. As badly marked up as Lomachenko was last Saturday, a fighter like Gervonta would have been a real threat to the 2-time Olympian.

Gervonta Davis not in Lomachenko’s class, according to Tony

Bellew says that Lomachenko would make Gervonta “look stupid.” There are a lot of boxing fans that would disagree with that opinion, given all the shots that Lomachenko took against Campbell. If Davis had been able to touch Lomachenko as often Campbell did, he would have had an opportunity to knock him out many times in the fight. With Davis’ power, Lomachenko would be at risk of getting knocked out in the 1st round.

Bellew: No one at 135 touches Lomachenko

“He just made another quality fighter look normal, man,” said Tony Bellew to IFL TV about Lomachenko’s win over Campbell. “He’s just a special fighter. The only thing that beats him now is size. Nothing below 135 is touching him. I’m sorry to say, I don’t care who it is, and that includes Gervonta Davis. I don’t know if he’s big enough. You can never count him out, he’s so powerful. Luke against any other fighter in the world tonight, he probably comes out the winner. He was in great shape, and he put on a great performance.

Campbell actually did better than I thought he would going in. He looked great. He does things I can’t explain how he does it. One minute he’s in range, he hit you in the stomach, and then he’s out of range and hits you with the other hand. Everything he throws is so unique with the way he moves. Of course he is,” said Bellew when asked if Lomachneko is #1 pound-for-pound for him.

Lomachenko’s promoters at Top Rank will need to make the fight with Gervonta right now if he’s to have any shot at beating him. The 24-year-old Davis is only going to get better as time goes by, and he’s already looking unbeatable. Lomachenko has clearly lost a few steps from his game at 31, and he’ll be even more vulnerable to Davis in a year or two. Top Rank needs to make the Lomachenko-Davis fight now before it’s too late for Loma.

“There’s no one even close. His biggest threat is Gervonta Davis, but I actually think he make Gervonta Davis look stupid,” said Bellew. “Gervonta Davis is exceptional as well, and I’m a big fan. But this boy is in a different atmosphere to everyone else is on planet Earth, and this boy has conquered Earth. Now he’s going to conquer Mars,” said Bellew.

Without question, Gervonta is the biggest threat to beating Lomachenko. He’s not going to lose to the winner of the Richard Commey vs. Teofimo Lopez fight. Top Rank boss Bob Arum isn’t interested in matching Lomachenko against Devin Haney. At super featherweight, Lomachenko would be favored to beat these fighters:

Davis is Lomachenko’s biggest threat, but it’s unlikely that fight can get made. Mayweather Promotions will likely let it marinate for two or three years before they make it.