Arum: Lomachenko will fight next before the end of year 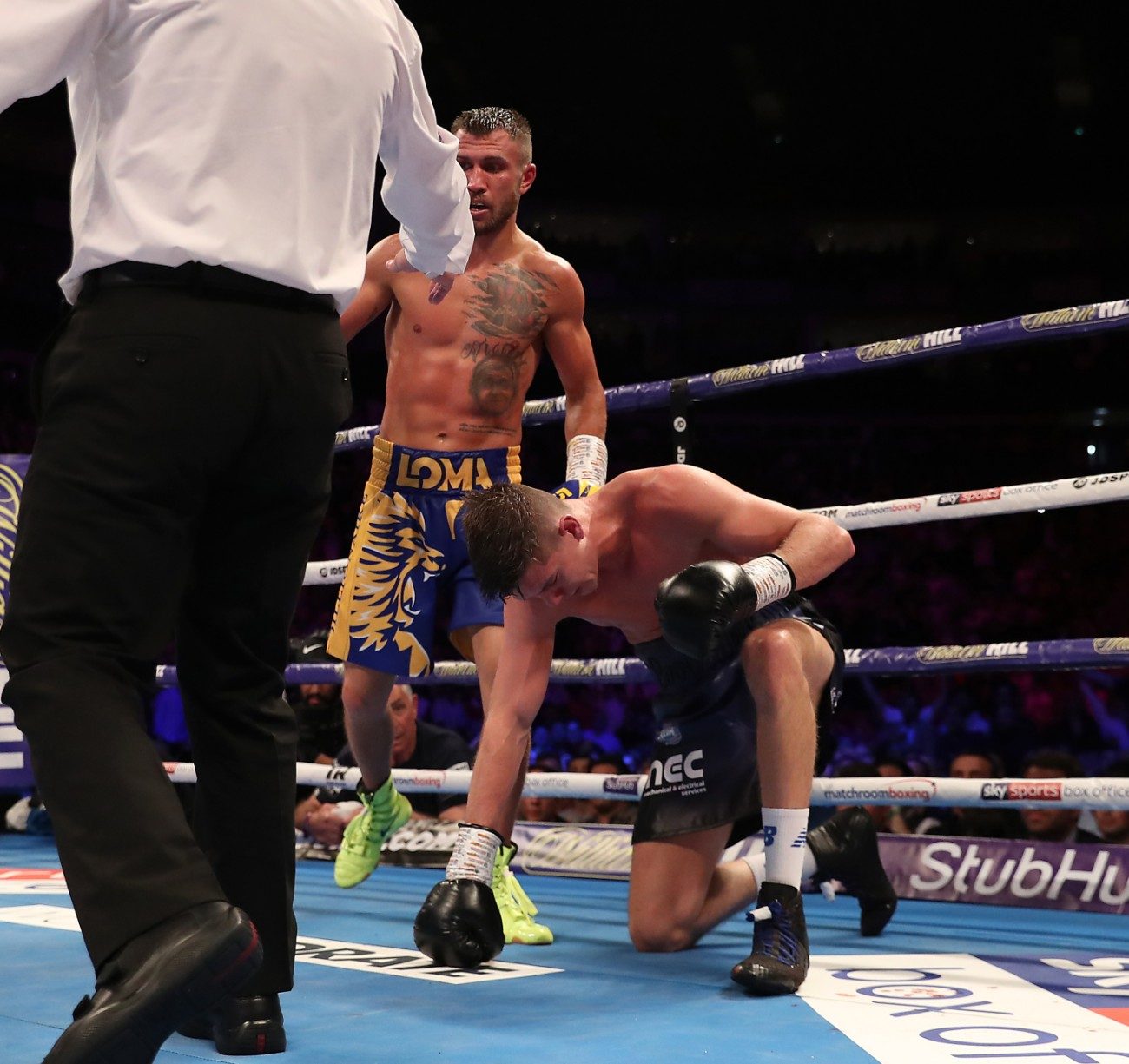 By Matt Lieberman: Top Rank promoter Bob Arum confirmed last Saturday that Vasiliy Lomachenko won’t be fighting the winner of Richard Commey vs. Teofimo Lopez next. Those two are facing each other in December, according to Arum. Lomachenko (14-1, 10 KOs) will be fighting in December against a top level fighter, says Arum.

Lomachenko defeated a game Luke Campbell (20-3, 16 KOs) by a 12 round unanimous decision last Saturday to become the IBF, WBA & WBO lightweight champion. Although Lomachenko wants to go after the IBF title next, he’s going to have to wait until March of 2020. That’s what Arum is saying. But in the meantime, Lomachenko will be back inside the ring in December against potentially a good fighter.

Here are some of the intriguing options for Lomachenko’s next fight:

Mikey Garcia would be a great option for Lomachenko’s next fight, but he’s not shown much desire to fight the Ukrainian. Mikey moved up to welterweight last March, and was beaten by Errol Spence. Since then, Garcia has been on the sidelines not fighting. There was briefly talk of him facing Danny Garcia, but that doesn’t look like it’s going to happen. Many believe that Mikey is waiting around hoping to get a title shot against WBA welterweight champion Manny Pacquiao. That would title shots in a row for Mikey.

“It was a great performance. I was also pleased with Luke,” said Arum to IFL TV in discussing the Lomachenko vs. Campbell fight. “Luke was a valiant warrior. It made for a great evening. No, I knew he [Campbell] was good. You don’t win a gold medal by not being a good fighter. Remember, he lost a [12 round] split to [Jorge] Linares, who was one of our top lightweights. Yeah, but that won’t be until next year, because that fight [Richard Commey vs. Teofimo Lopez] won’t take place until December. So we’ll look to put him in sometime before the end of the year, and then March or April we’ll do that fight. Believe me; he’s a superstar,” said Arum about Lomachenko.

It’s believed that Arum will look in the direction of Robert Easter Jr. or Rances Barthelemy for Lomachenko’s fight in December. Easter Jr. and Barthelemy are ranked high at 135, and well known with hardcore boxing fans. There won’t be the ‘wow’ factor with Lomachenlo fighting either of them, but he didn’t bowl over fans by facing Campbell. Easter Jr. (21-1-1, 14 KOs) is a former IBF lightweight champion. He lost his title last year to Mikey Garcia. In Easter’s last fight, he fought to a 12 round draw against Barthelemy. With Easter and Barthelemy having lost recently, they’re not good options for Lomachenko to fight. Barthelemy lost to Kiryl Relikh last year in March in a lopsided 12 round decision defeat.

Unbeaten Devin Haney is already saying he’ll beat Lomachenko. Haney (22-0, 14 KOs) has a fight against Zaur Abdullaev (11-0, 7 KOs) on September 13 in a WBC lightweight title eliminator. It’s possible that Haney, 20, can return to the ring to fight Lomachenko in December if he wins his fight against Abdullaev without injury. Haney is expected to beat Abdullaev without any problems on September 13. It’s not considered a tough fight for him.

It would be up to Top Rank, of course, and with Matchroom Boxing whether they want to do the Lomachenko-Haney fight. Arum reportedly is cool to the idea of matching Lomachenko against Haney right now, as he wants that fight to marinate. Lomahenko vs. Haney will be a much bigger fight if they wait couple of years. They can’t wait too long obviously given Lomachenko’s age. In terms of competitive opponents, Haney would be Lomachenko’s best option for December. That’s if Arum has his mind made up that he wants to match Lomachenko against a lightweight. Haney is looking better than other contenders at 135 right now

Haney has the courage to take on Lomachenko, but he lacks the resume that would be needed to make it a big fight. Arum is going to want to get the attention from the boxing world for Lomachenko’s next fight, and he can’t do that against 20-year-old Haney. Lomachenko needs a more recognized contender for his next fight, and Haney doesn’t fit the bill.

Boxing » Vasyl Lomachenko » Arum: Lomachenko will fight next before the end of year