Terence Crawford: ‘Tell Kell Brook to make weight and I’ll dust him off’ 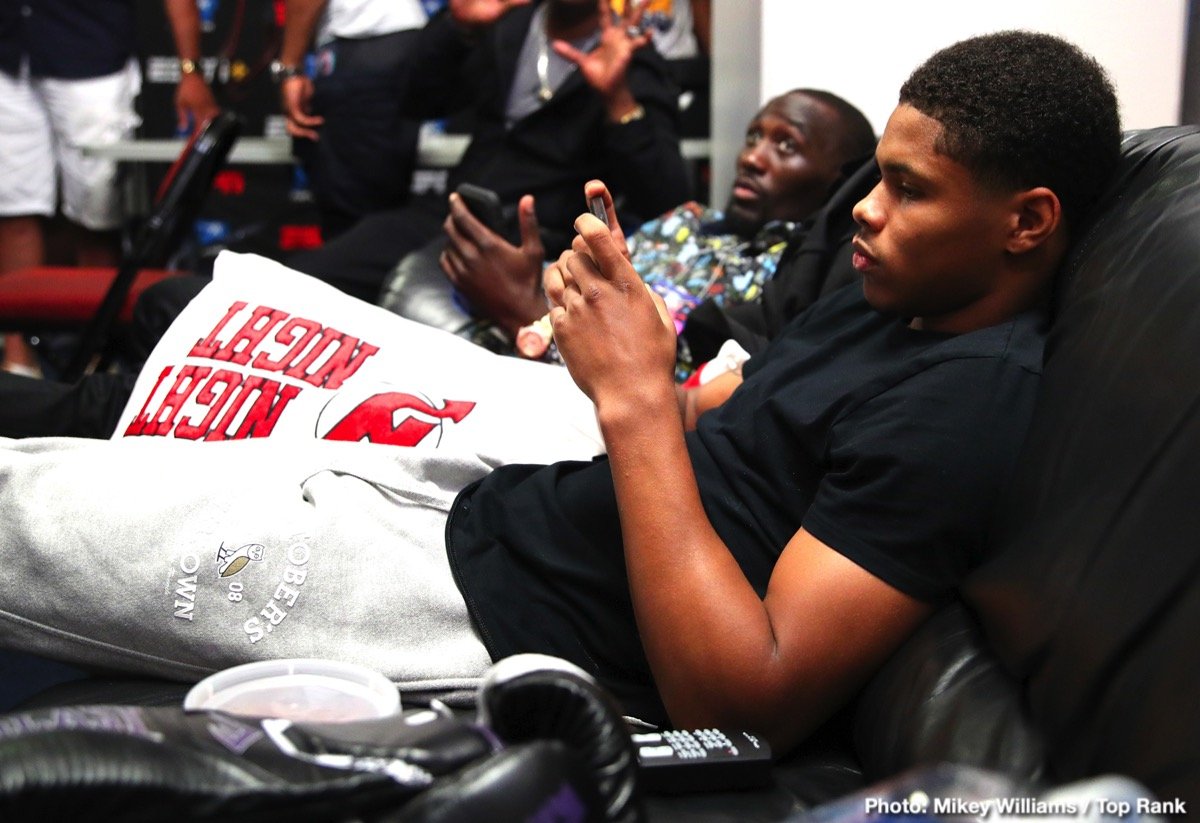 By Charles Brun: WBO welterweight champion Terence Crawford says he’d be willing to travel to the UK to fight former IBF 147-lb champion Kell Brook, as long as he can make weight Brook (38-2, 26 KOs) countered that Crawford needs to “dust off” the WBO title, and he’ll take care of the weight issue.

Brook, 33, says Crawford failed to sign for a fight between them earlier this year when he wanted to face him. He wonders what happened on Crawford’s end for him not to take the fight with him.

Terence would receive criticism from the boxing public if he signed to fight Brook. Crawford is coming off a 6th round stoppage win over the washed up Amir Khan last April on ESPN PPV, and that wasn’t a competitive fight. Given Brook is perceived by fans as a badly over-the-hill fighter too, Crawford could be viewed as a fighter that only faces shot guys.

Crawford won’t be free to face Brook until 2020

Unfortunately, Crawford (35-0, 26 KOs) won’t be available to fight Brook until 2020 at the earliest, as he’s defending his WBO welterweight title against his mandatory Egidijus Kavaliauskas (21-0-1, 17 KOs) on December 14 on ESPN+ at Madison Square Garden in New York. Kavaliauskas, 31, is in the same Top Rank stable as Crawford, so it’s an easy fight for the promotional company to make. There’s no risk involved for Crawford against Kavaliauskas. He’s coming off of a controversial 10 round draw against Ray Robinson (24-3-2, 12 KOs) on March 30 in Philadelphia.

The scores were 95-95, 97-93 for Robinson, and 95-95. Boxing News 24 had Robinson winning by a 97-93 score. Kavaliauskas looked slow, easy to hit and extremely limited. It’s unclear why the WBO has Kavaliauskas ranked so highly with their organization, because he looks more like a non-contender/2nd tier fighter. But this is the same sanctioning body that recently had Tom Schwarz ranked #2 at heavyweight.

“@terencecrawford – why didn’t you sign off on our fight when I was I New York to make it in April?” said Kell Brook on his Twitter to Terence Crawford. “Let’s have our team talk, and you can leave the making weight to me, Terence. You just focus on “dusting off’ that WBO strap for me, and we can give the fans a great fight,” said Brook.

It would be good for Brook start fighting again before he starts hounding Crawford for a fight, because he hasn’t fought since last December. It’s been 9 months since Brook last fought in beating Michael Zerafa by a 12 round decision, and he looked rusty, hittable and not the guy he used to be.

Crawford’s promoters at Top Rank are interested in matching him against IBF welterweight champion Errol Spence Jr. in the first half of 2020. However, most boxing fans doubt that fight will happen in 2020. It’s more likely that Top Rank will have Crawford defend against 38-year-old Luis Collazo in the first half of 2020. It’ll be interesting to see if Top Rank makes that fight for ESPN PPV like they did with the Crawford-Khan fight. It’s hard to imagine the boxing public wanting to pay to see Crawford fight the 40-ish Collazo on ESPN pay-per-view.

“December will be the return of Terence Crawford, but it won’t be Manny Pacquiao,” said Crawford to Behind The Gloves. “I’ve been wanting the fight since 2015, but unfortunately they didn’t want the same. So they went a different route. I’m cool with that, but at the same time I would love to get a shot against one of the all time greats. I can’t really tell you. If it happens it happens, and if it doesn’t, it’s not really in my hands,” said Crawford when asked whether he believes a fight against Errol Spence can take place between them in 2020.

“I’ve been saying I want the fight, and the fans have been saying they want the fight. I don’t need to say who I want to fight. Everybody knows.  I want to whoop them all. 50-50, I don’t know. It’s boxing; anything can happen,” said Crawford when asked what his prediction is for the Spence vs. Shawn Porter fight on September 28. “Tell Kell to make weight, and I’ll go in and dust him off. Yeah, but that check up. We’ll fight,” said Crawford.

Once Crawford’s contract with Top Rank expires, he can either sign with DAZN or with Al Haymon at Premier Boxing Champions to get some interesting fights. However, if Crawford is in his mid-30s by that time, he might not have much left in the tank to compete against the younger lions.