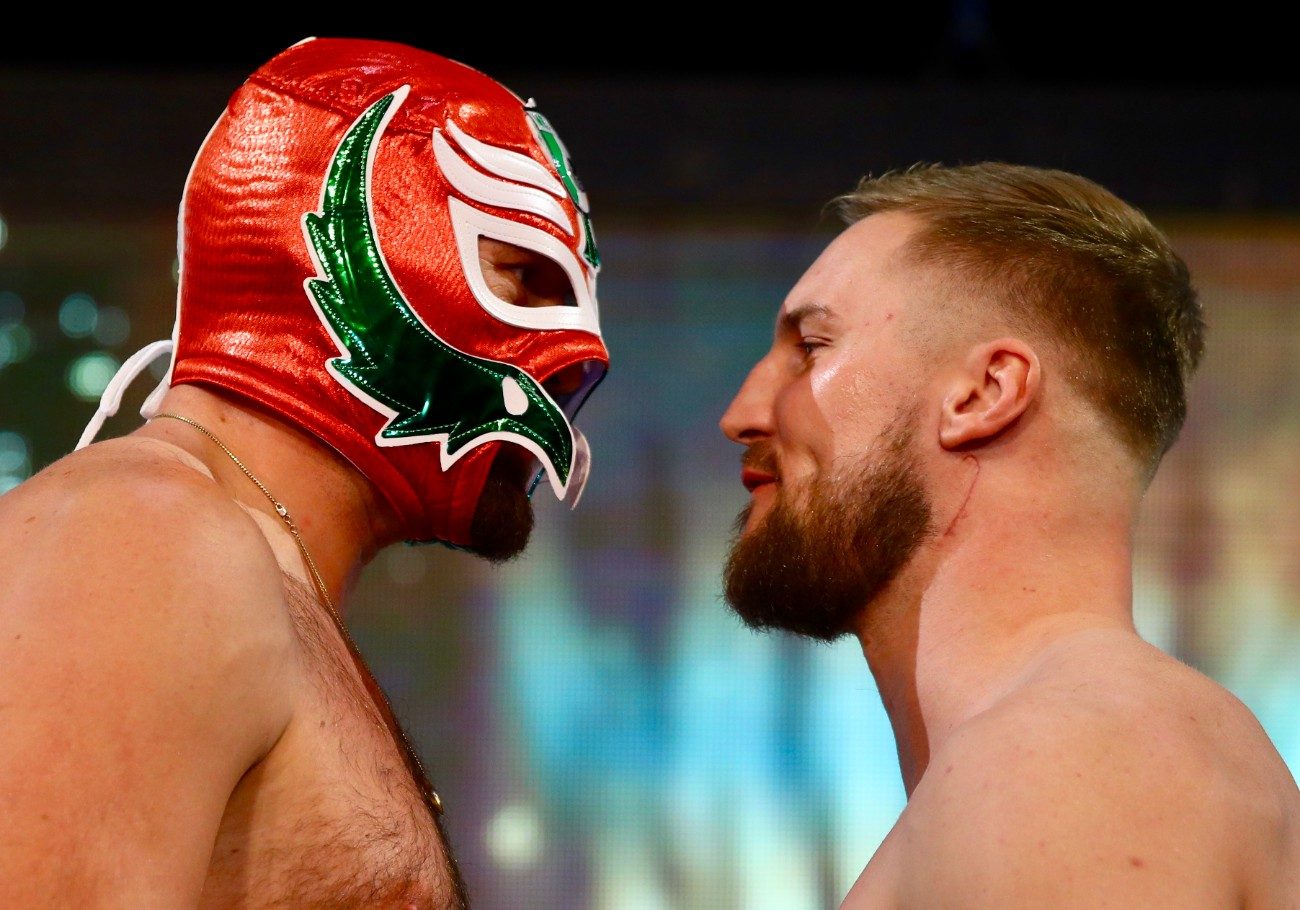 By Chris Williams: Matchroom promoter Eddie Hearn went off last Saturday when asked about Tyson Fury and his fight tonight against Otto Wallin at the T-Mobile Arena in Las Vegas, Nevada. Hearn says that only around 2,000 tickets have been sold for the Fury-Wallin fight, and he thinks ESPN has got to be wondering why they’re paying Fury to have him fight such poor opposition.

Hearn says he can understand Fury (28-0-1, 20 KOs) being given one soft job in Tom Schwarz after signing with Top Rank, but to be given a second easy mark in Wallin (20-0, 13 KOs), he thinks that’s bad for boxing. He also thinks it’s bad for Fury’s career, as well as ESPN, because the Fury-Wallin fight won’t bring in subscribers for their ESPN+ app. Hearn sees Wallin and Schwarz as opposition that are doing nothing to increase the interest in Fury’s rematch with WBC heavyweight champion Deontay Wilder on February 22.

“You can’t criticize Bob Arum. He’s a legend, and he’s 87-years-old,” said Hearn to Fighthype. “He’s so out of touch with modern society it’s frightening. Some of his speeches are Churchillian. The one the other day about the Mexican. I don’t know where he was going with it, but it was remarkable. But what young fan wants to hear that? You know what I mean, but Bob’s Bob. He’s two-faced sometimes. He was up my backside all last week in London, saying I’m the greatest thing since sliced bread, and he’s been slagging me off all week. But it’s boxing, isn’t it? Don’t take anything personal. Tough love. I just think people get bored,” said Hearn when asked about the lack of publicity about Tyson Fury’s fight against Otto Wallin tonight.

“If you look at the hype behind Tyson Fury after the [Deontay] Wilder fight, and look at the hype around him now, it’s a third of where it was. You get away with the [Tom] Schwarz fight, but you don’t get away with another one [mismatch]. Even AJ said to me, ‘I never got away with these fights. Why didn’t you give me these fights? Look at me; after [Charles] Martin, he boxed Breazeale, he boxed Takam, boxed Parker, boxed Povetkin, boxed Ruiz, and now Ruiz again. It was all in a row. It wasn’t like, ‘Alright, I’ll have a gimme fight along the way.’ So he’s sort of saying to me, ‘He’s got Tom Schwarz, and now he’s got Wallin. Yes, please,'” said Hearn.

We don’t know what’s behind Top Rank matching Fury against Tom Schwarz and Otto Wallin in consecutive fights. While Top Rank promoter Arum says his rationale for putting Fury in with those two fighters is to get him ready to face the 6’7″ Deontay Wilder in their rematch next February, there might be another explanation. It’s possible that Schwarz and Wallin were two heavyweights that didn’t ask for a princely sum to fight Fury. 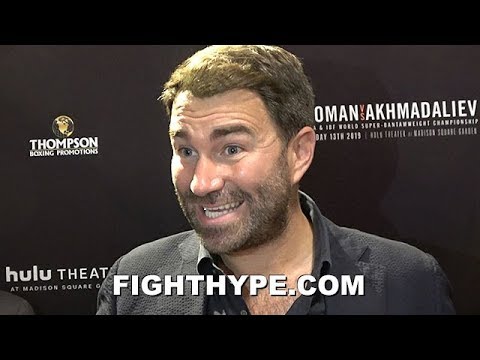 “So ESPN has got to be looking at it, and going, ‘what are we paying for real?’ There will be no new subscribers [for the Fury vs. Wallin fight],” said Hearn. “They’ve sold 2,000 tickets. They’ll comp it out. You’ll see the numbers reported by the Commission. This is not how you build the rematch [between Fury and Wilder]. The rematch is still huge. It’s a great fight as well, but it’s not the way to build it. I understand the ‘give me the free one,’ you know? But not, ‘give me two free ones,’ and spend the whole year [fighting Tom Schwarz and Otto Wallin]. That’s his [Fury] whole year. So Tyson Fury, the lineal champion, his 2019 has been Tom Schwarz and Otto Wallin, and you still want to call him a lineal champion. They call it a lineal. The guy [Fury] retired from the sport, he failed a drug test, he relinquished his belts, and then decided to…I understand lineage, but no.

Look, I got murdered when I put the Andy Ruiz fight on. You have to understand the levels of publicity and interest between the two [Fury and Joshua]. In the UK, Anthony Joshua is like to the ceiling, and Tyson Fury, his popularity has risen incredibly since the Wilder fight. But they’re not on the same level profile wise. So you get away with it, because Bob’s bluster, ‘ESPN, you know, blah-blah-blah.’ But people talk about ESPN, ‘Oh, it’s going to change his profile. The profile is massive, and the audience is massive.’ Well, if the audience is massive, and the build up is massive, why aren’t they selling ticket? He does,” said Hearn when asked if Fury needs Wilder to bring in the fans,” said Hearn.

If ESPN isn’t getting a lot of new subscribers for Fury’s fights against Wallin and Schwarz, then they should be asking about his match-making. Top Rank should have matched Fury against some of these heavyweights:

“There are very few fighters [that sell tickets]. AJ was one of them,” said Hearn. “He’s a guy that could actually fight anyone, and still sell out arenas. But Wilder has fought [Dominic] Breazeale, which was his mandatory, and now he’s fighting [Luis] Ortiz. That’s not a bad year for a world heavyweight champion. Wilder and Ortiz. It’s a little bit different than Schwarz and Wallin. And I respect Tyson Fury. I think he’s a great guy, and has a great personality. And, I think he’s very, very good.

I don’t blame him. Any fighter with a team would take the most amount of money for an easy fight. That’s the promoter’s and the manager’s jobs. The fighters have to be protected from fighting these crazy fights. So i don’t blame his team. They’ve done a great job of getting him loads of money for easy fights,” said Hearn.

Hearn says he doesn’t blame Fury for taking soft opponents, but he clearly is doing precisely that. It doesn’t help Hearn that Fury is putting in the least amount of effort to increase his profile in the boxing world. It doesn’t help Hearn, because Fury will be less valuable as a future opponent for his fighter Anthony Joshua.


« Terence Crawford: ‘Tell Kell Brook to make weight and I’ll dust him off’