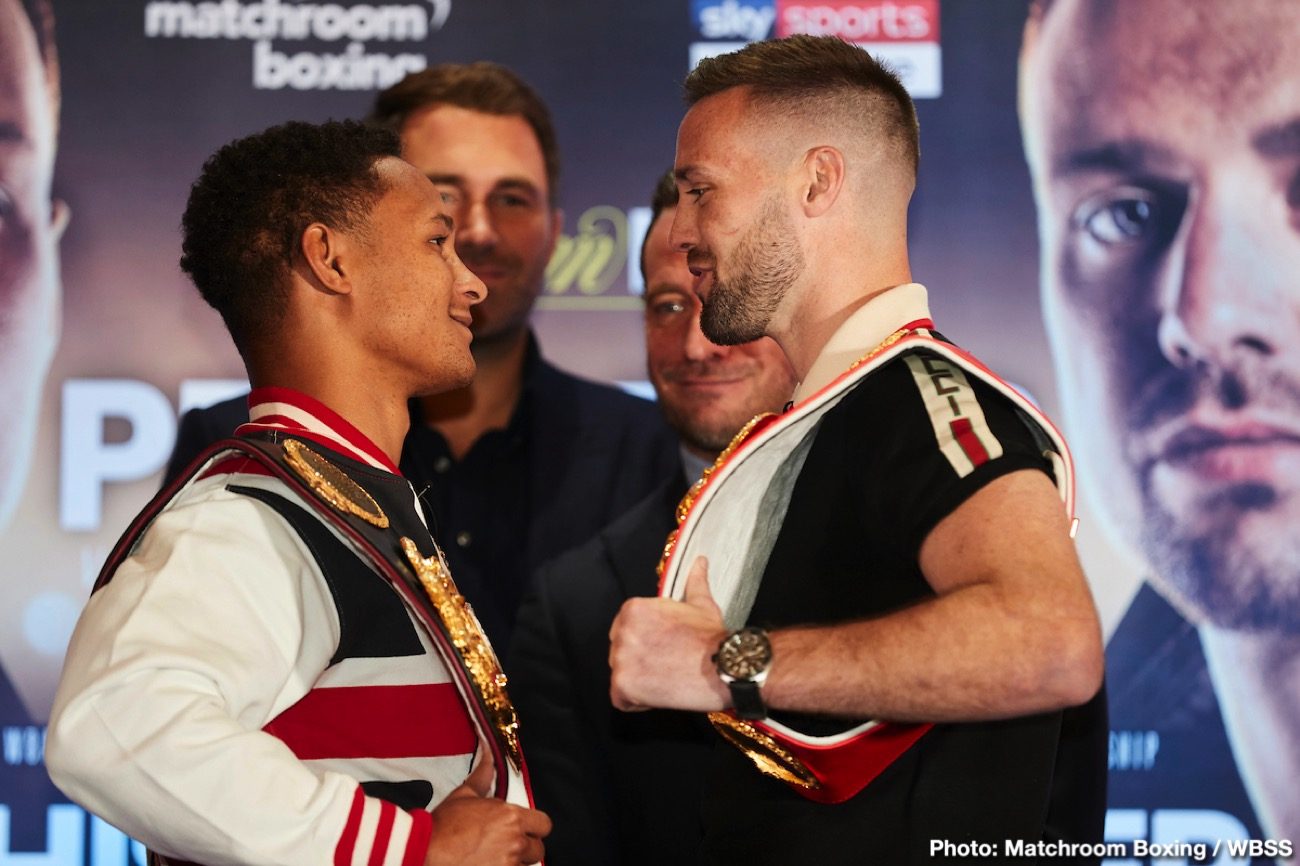 By Charles Brun: Unbeaten light welterweight champions Josh Taylor and Regis Prograis met on Monday in their press conference to discuss their fight next month on October 26 at the O2 Arena on Sky Sports Box Office. During the face off between them, Prograis & Taylor jawed at each other.

Taylor getting on Prograis’ nerves during face off

Prograis seemed to be trying to keep his cool, but Taylor made it difficult with his comments about impending doom for him.

This is a match between #1 and #2 light welterweights in the division. Besides the IBF & WBA belts being on the line, the Muhammad Ali Trophy and Ring Magazine title will be at stake for the fight.  This is the best against the best.

Prograis: “I guarantee it’s not going to happen, bro.

Prograis: “It’s not going to make a difference. Watch.”

Prograis: “I’m very excited. This has been a dream for me to come to the UK,” said Prograis during Monday’s news conference. “I’m just real happy. Most fighters don’t get a chance in a lifetime. We got four things on the line. We got WBA, his title [IBF], my title, the Muhammad Ali trophy, and the Ring belt. All that’s going to be on the line. I had a late start, but a lot of fighters fight 20 to 30 years, and never get this opportunity.

This is an opportunity of a lifetime. This is for my legacy, and this is history right now. I just can’t wait. This is #1 and #2. It’s two undefeated fighters in their prime that’s champions. Most of the time you don’t get that in boxing. He is taller than me, and of course he’s longer than me. You can determine about me by the tale of the tape. I really cannot see how he can defeat me. I just can’t. Not to be cocky and not to be arrogant. He’s been hurt. In his last fight against [Ivan] Baranchyk, he cut him up. He dropped you too,” said Prograis.

NEWS:   VIDEO: Examining the history of the WBA heavyweight title

Taylor: “It was a clash of heads. What fight were you watching?”

Prograis: “The same fight you were fighting. That was the past fights. I think he’s definitely going to come, and he’ll bring his A-game. This will be one hell of a fight. I’m excited in coming over here, and this is something I’ve been wanting for a long time.”