At this point in Dirrell’s career, he feels that there aren’t a lot of opportunities for a fighter 38-years-old.

He obviously doesn’t want to fight for chump change, but he recognizes that his age was make it difficult to get the fights he wants. Obviously, the ninth round KO loss to Sweethands Plant doesn’t help Dirrell’s situation.

Dirrell feels that the fight was a lot closer than the three judges scored it going into the ninth round. He felt that it was a close fight, and he got caught with a left hook from Plant at the same time he was throwing his own shot, and the rest was history.

Plant was disrespectful of Dirrell by pretending that he was digging dirt and throwing it on his body while he was still unconscious on the floor.

That move was the lowest of the low by Plant, and what goes around comes around. Sooner or later, Plant will get knocked out again, and he probably won’t like it if his opponent pulls the same dirt-digging bit that he used on Dirrell.

Plant will be okay as long as he avoids fighting the best, but if he tries to compete with someone good like David Benavidez, Jermall Charlo, David Morrell, or Canelo Alvarez, chances are high that he’ll get stopped again.

“I haven’t figured it out yet. I’m leaning a little more towards retirement, honestly,” said Anthony Dirrell to Fighthype when asked about his plans after his ninth round knockout loss to Caleb Plant on October 15th.

“I don’t have anything to prove to anybody. I didn’t even need that fight. I just wanted the fight. I’m 38 years old. I can’t fight for nothing. It’s about my health. That’s how people get f***ed up.

“He was a lot more accurate with his punches than I thought he would be. Other than that, the punch that he caught me with was a good a** punch.

“You can’t expect that [brawling] from someone that boxes. Caleb is a good boxer.

‘I told Al [Haymon] before I fought him, ‘This might be the last one. I’m not sure.’ I had to find a way to secure the fight. I was the oldest dude up there. 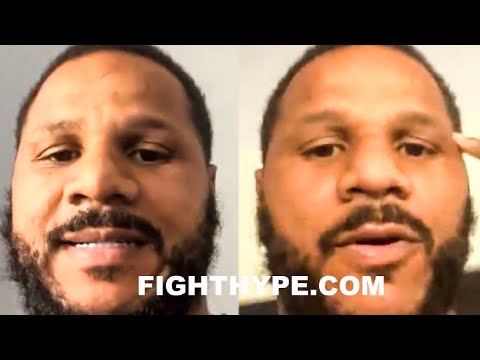 
« Artur Beterbiev on the target list of David Benavidez