The fighter who keeps on fighting 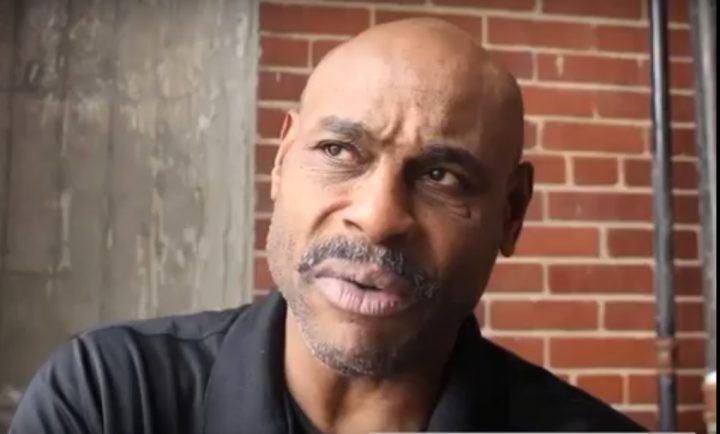 By Gav Duthie: Literally no punch can harm him but for 54 year old Oliver McCall 58-14 (37) his biggest fight is with himself. Oliver is still a currently active fighter in his mid 50s with a victory over Hugo Lomeli back in May. He is due to fight again in the near future. It seems a really sad situation but maybe its what he needs. McCall’s story should be a fairy tale.

Someone who came from nothing to be the heavyweight champion of the world. He has 3 kids who are all successful athletes in their own right but he is constantly plagued by demons within. He uses two things to block them out, drugs and boxing. One of the great debates of boxing is who had the greatest chin, for me few compares to Oliver but that doesn’t mean the punches aren’t affecting him. Hopefully at some point this man can find something else to give him peace of mind.

With a record of 24-5 McCall was supposed to be nothing more than a routine defence for Lennox Lewis. Unfortunately for the Brit he thought the same. Lewis came after him, loose hands and too open. McCall lands a fantastic counter right hand and its game over. He defended it against the legendary but past his best Larry Holmes before losing to Frank Bruno. He knocked out future world champion Oleg Maskaev and now almost 3 years later rematched Lewis. This was where we started to see that this was a man with serious problems. McCall stayed a relevant boxer well into his mid 40s beating prospects like Henry Akinwande, the late Sinan Samil Sam and his last big win in 2010 beating ‘Fast’ Fres Oquendo by close decisions.

The Lewis defeat is his only recorded TKO loss in a career spanning 3 decades but even then the stoppage was absolutely bizarre. Lewis could have had a sledgehammer and still not put him down but the puncher were having serious effect. The referee Mills Lane was forced to stop the fight as McCall cried throughout the bout and refused to throw any punches back. He originally had his $3 million purse withheld pending investigation. Although with a combination of drug and alcohol problems and previous testament that he was very highly strung and emotional before most fights it wasn’t surprising.

McCall conceded that he may require psychological help. McCall was interviewed a couple of years ago and gave some insights into his mental state. He said there were problems in camp, he was a little upset that Emmanuel Steward was in Lennox corner for the fight having previously worked with him in the past. He didn’t train for a few days because he was thrown out of the gym for complaining about strippers being in the facility distracting him. When asked specifically about the crying he cited that he seen Lennox mother was there whilst his didn’t go which hurt him. Oliver had a strained relationship with his mother and only stopped smoking crack cocaine in 2012 to look after her. She has since lost her life but he says he had been clean for 5 years at the time of the interview in 2017.

Even being a father of successful children hasn’t helped give him peace of mind until recently. None of them are household names but by most peoples standards they have achieved a lot. His oldest Elijah McCall is 31 years old and was a professional boxer himself. He showed some early promise but retired 6 years ago with a record of 12-3-1 (11) which included a knockout defeat to current unified world champion Andy Ruiz Jnr. His Dad Oliver actually avenged one of his sons defeats to Marcin Rekowski I can’t imagine thats ever happened before or since. Jeneva Stevens aged 29 is a track and field athlete who specializes in short put and Mikail McCall aged 26 was a pro running back in American football but didn’t quite make the grade. Some of them have had there own troubles and sport can help give the mind focus.

It is clear that a part of Oliver McCall needs to box. Its not something I would advise and clearly it can’t go on forever but as long as there are no serious risks to his health I think he will keep doing it. Is his body and mind in any worse condition today as it was smoking crack cocaine and excessive drinking in his prime? For the meantime if this gives him peace of mind crack on and enjoy your life.

Boxing » Oliver McCall » The fighter who keeps on fighting