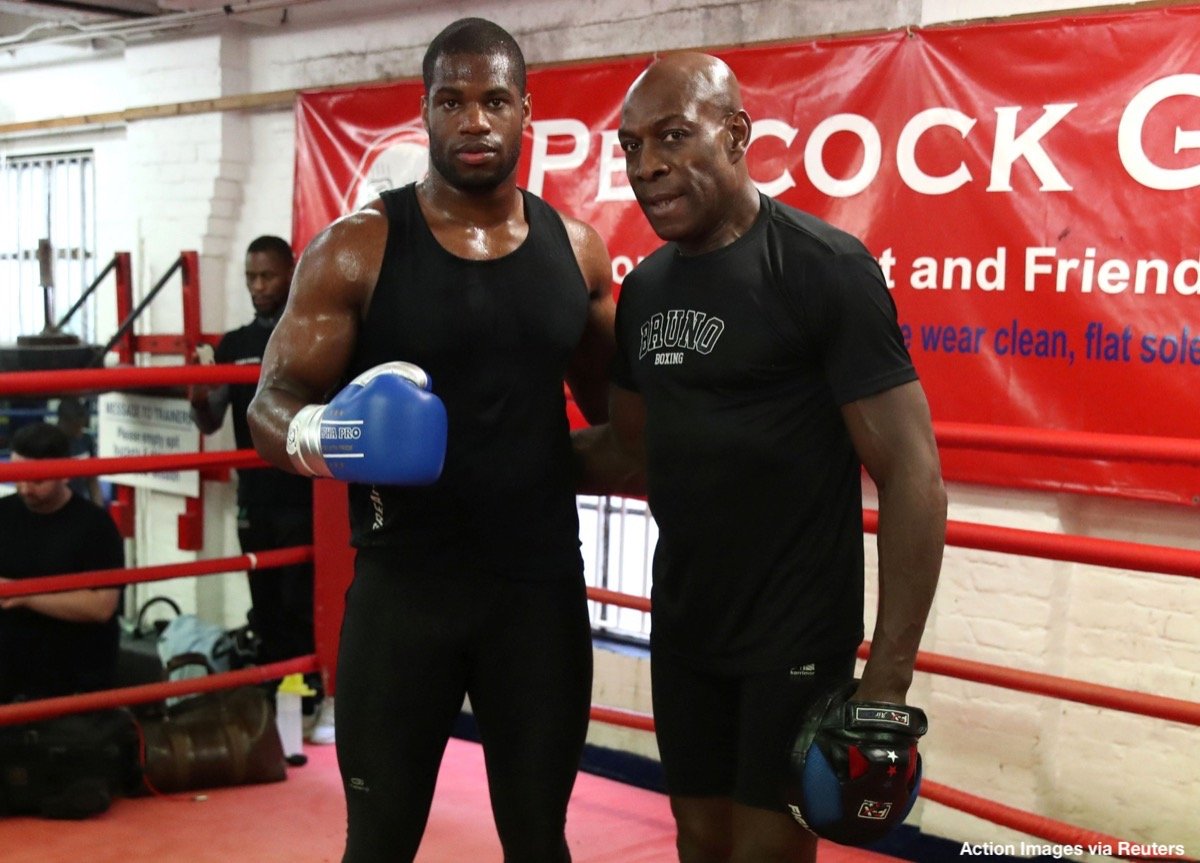 By Charles Brun: Unbeaten Daniel Dubois (12-0, 11 KOs) will be fighting Ghanaian  Ebenezer Tetteh (19-0, 16 KOs) for the vacant Commonwealth heavyweight title on BT Sport on September 27 at the Royal Albert Hall in London, England. Dubois, 21, and Tetteh will be fighting for the strap recently vacated by Joe Joyce.

Dubois and Tetteh were ordered to face each other. However, Joyce (10-0, 9 KOs) is the guy that the 6’5″ Dubois wanted to fight, but the 2016 Olympic silver medalist isn’t interested in fighting him.

Joyce wants to fight top contenders in order to move up the world level rankings. #11 WBO Dubois is a fringe contender at this point in his young two-year pro career, and he’s not ranked high enough to give the unbeaten Joyce a push up the world rankings if he were to beat him.

Dubois says Tetteh fight is step in right direction for him

“I think there was a lot of attention around the Gorman fight, and I think a lot more people around the boxing are starting to recognize me,” said Dubois to IFL TV. “And I love being the underdog, and I love proving doubters wrong. I think it’s for the Commonwealth title,” Dubois said about his fight against the 31-year-old Tetteh. “It’s a step in the right direction for me. I want to see in the coming weeks more about this guy, and what he brings to the table,” said Dubois.

It’s debatable whether Tetteh is a good opponent for Dubois to move his career in the right direction. Few boxing fans have ever heard of Tetteh, and he’s not ranked in the top 15 at the world level. As such, Dubois would be better off forgetting about wasting time fighting unknowns like Tetteh, and and focus more on facing contenders.

What we don’t want to see is Dubois waste 10 years of his career the way Kell Brook did before he fights for a world title the first time. Tetteh would have been a good option for Dubois in the first two or three fights of his career, but not now after his impressive fifth round knockout win over Nathan Gorman last July. Tetteh is a big step down from Gorman for Dubois, and that’s obvious. The reality is, Dubois isn’t progressing with the Tetteh fight; he’s regressing.

Dubois thinks Joe Joyce looking for excuses not to fight him

“It can be called an excuse or whatever. He’s focusing on his own career,” said Dubois in talking about the news of Joe Joyce not being interested in fighting him. “It is a massive fight. I’d be 100 percent I could go through it or anyone else they put in front of me. I could go back to the British level to try and win this belt outright,” said Dubois in talking about a potential option for him after he faces Tetteh in September. “I’m not overly fussed about it, as long as I’m moving forward to the top. It’s a steady progress. It doesn’t matter,” said Dubois.

The age difference between Dubois and Joyce makes it a pointless fight for Joe to take. With Dubois spinning his wheels wasting his career at the domestic level, Joyce can’t get caught up into that dead end street. Joyce wants world class opposition, and Dubois seems more content right now fighting at a lower level against the likes of Tetteh and Nathan Gorman. If Joyce gets stuck fighting domestic level fighters repeatedly, he could burn up his last remaining years of his career.

Joyce says Dubois fight does nothing for him

“Any fringe contenders. I’m ready for some bigger fights,” said Joyce to IFL TV when asked who he wants to fight. “I want to win a world title asap. If he wants the fight,” said Joyce in talking about Dereck Chisora. “He doesn’t want it. If he wants the fight, he’ll come and reach out, but he doesn’t want the fight. Ill fight him, but I don’t think he wants it. Dubois, yeah. It doesn’t make sense to me. It makes sense for him, because then it shoots him up the rankings.

I’m going to be 34 this year, so I want to win a word title, and then I can start defending it. [Agilt] Kabayel is a good one. Kabayel, [Manuel] Charr, people like that. There are plenty of guys out there. I’ll probably do one or two [fights] before the end of the year, and then it’s a big year next year,” said Dubois.

It makes sense for Joyce to seek out fights against world ranked contenders in Dereck Chisora, Manuel Charr and Agit Kabayel right now.

“It’s going to be interesting to see what happens now,” said Dubois in talking about British heavyweight Dillian Whyte’s recent adverse drug test findings. “I think the B-sample is what they’re waiting for. What happens next, and what ban they’re going to give him, if they’re going to ban him. Ortiz got, a lot of fighters have suddenly been getting banned for little things like that with drug bans.

So we have to wait and see what happens. Apparently, a lot of these guys are trying to get that edge. It’s not in their natural body, and they’re taking stuff. Obviously, you always have to look out for yourself, and make sure everyone else is trying to keep clean as well. Who knows now?” said Dubois.

The whole world is waiting on Dillian Whyte’s B-sample to be revealed.

“I think he definitely can do it,” said Dubois when asked his opinion about the chances of Anthony Yarde against WBO light heavyweight champion Sergey Kovalev in their fight this month on August 24 in Russia. “It’s going to come down to who wants it the most. Yarde and his team have expressed their confidence that they can do it. I’m not one to doubt them that they can’t. It’s possible he can do it as well. Now seems like a good time. Kovalev is ripe for the taking, but who knows? Kovalev looks like a quality fighter. It’ll be interesting,” said Dubois.