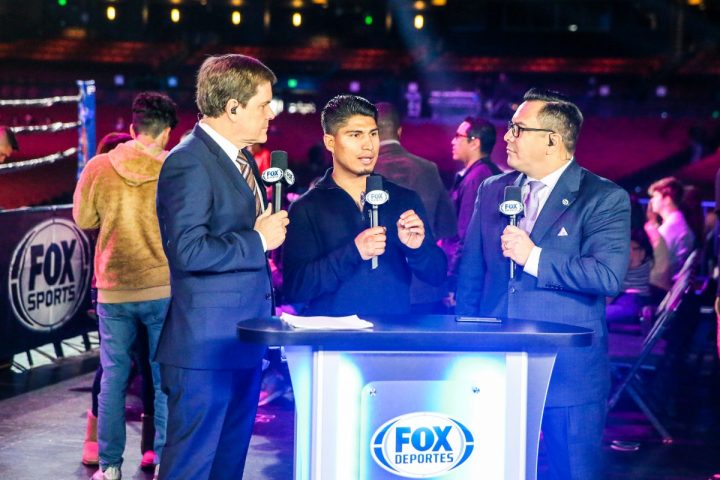 Mikey, 31, says Pacquiao looked almost as good as he was 10 years ago when he was at the zenith of his career. The only hint of age that Mikey saw from the 40-year-old Manny’s performance was the way he took the middle rounds [6, 7 & 8] off, and then came on strong in the final four rounds to get the win.

Pacquiao still almost as good as he was 10 years ago

“A fight with Manny would have been big regardless, but after a performance like this, he really showed everybody, that if he’s not where he was 10 years ago, he’s right close by,” said Mikey Garcia to Fighthype in talking about Pacquiao’s win over Thurman. “The only difference is he took a couple of rounds off mid-fight in the sixth, seven and eighth rounds. I forget exactly the rounds, but he kind of took a little break. That’s why Keith started coming on, and landing some really good shots, some good right hands.

Even though Manny did really well, if you go back 10, 12 years ago or further, he would fight all 12 rounds just like the first three rounds. Now he has a little break. So that’s part of the age, but still, he’ll be 41 this year. He was unimpressive. He just beat an undefeated 30-year-old world champion. That’s impressive. It’s huge,” said Garcia.

Mikey’s opinion of Pacquiao (62-7-2, 39 KOs) being close to the same fighter he once was is something many boxing fans agree with. He looked incredible in defeating Thurman, and working him over with combinations to the head, and body shots. When Thurman trapped Pacquiao against the ropes, the Filipino star was able to counter him with stabbing shots. Pacquiao would then quickly move away from the ropes, and make Thurman miss. The only times Thurman had success was when he had Pacquiao in the center of the ring covering up. When Pacquiao covered up, Thurman let loose some big right hands that found their way through his guard. Pacquiao did a lot better when he attacked Thurman in charging forward. Thurman would back straight up, and he was getting hit. That’s how Manny knocked Thurman down late in round one.

Manny is bigger star after win over Thurman

“He’s bigger than he was three or four years ago, because of this performance,” said Garcia. “In his previous performance [against Adrien Broner], he didn’t look like he was in his best shape maybe. He wasn’t as sharp and as aggressive. Whatever he had going on in his life, he wasn’t the same Manny as he was before. But this fight [against Thurman] puts him back up. He looked really strong at the end, and he finished really strong. He kept coming forward. Wow, this guy really did turn back the clock,” said Mikey in giving an assessment of Pacquiao’s win over Keith Thurman.

Pacquiao’s popularity has increased with this win over ‘One Time’ Thurman, because a lot of the casual boxing fans had seen Manny as yesterday’s news going into the fight. It had been such a long time since Pacquiao won a significant fight over a high quality opponent. Before the Thurman fight, Pacquiao’s last huge victory came in his rematch with Timothy Bradley in 2014. Even that win wasn’t that significant, because most boxing fans saw Bradley losing to Pacquiao in their first fight in 2012. Pacquiao’s last huge win before the Thurman fight was against Juan Manuel Marquez in 2011.

“What he said is he’ll go home, take a couple of weeks off,” said Mikey about Pacquiao’s comments after his win over Thurman. “He’ll be back out here [in Southern California] to watch the Spence-Porter fight, and those are the other potential opponents for him. They’re world champions at welterweight. It makes sense that he would want to pay attention to that kind of fight. He said he didn’t want to fight for the remainder of the year, and that’s understandable. He had a tough fight [against Thurman]. He needs time to recover. That’s the kind of fight where he won, but he took some punishment too. He got hit by a guy that is really strong,” said Mikey about Pacquiao taking some big shots from ‘One Time’ Thurman.

“I would love a fight with Manny. I think I need to get another fight before that to show everybody I’m capable, and have earned it,” said Garcia. “But that fight would be bad a–. I would love to fight with Manny. Being where he’s at now, it would add much more value. A win over Manny right now, more than a win over Manny couple of years ago, [would be more meaningful]. Right now, he went back up,” said Mikey in talking about Pacquiao’s cache having increased with win over Thurman.

Pacquiao would do well in picking Mikey to fight next in late 2019 or early 2020. It would be in Pacquiao’s best interest to face Mikey later this year, because if he waits until next year, Garcia could lose before then. Mikey says he would like to prove himself worthy of the Pacquiao fight by earning the shot.  It would be risky for Mikey to face any of the talented fighters in the 147 pound division, due to their size advantage over him.

Here are some welterweights Mikey can face to earn a fight against Pacquiao:

“If it gets to the point where they’re stalling, and I can’t get that fight, I’d fight Terence Crawford, if the Pacquiao fight don’t happen,” said Spence to Fighthype.

Pacquiao could wind up facing the winner of the September 28 fight between Errol Spence Jr. vs. Shawn Porter. Manny couldn’t go wrong fighting either of them, but there would probably be more interest from boxing fans in seeing him fight Mikey. 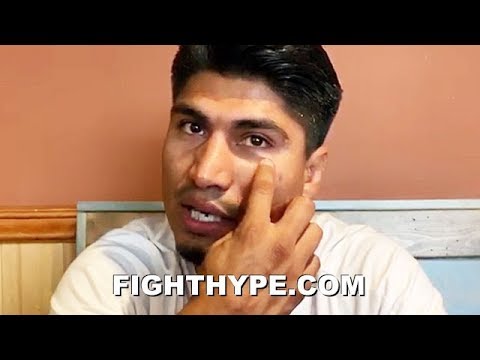