By Scott Gilfoid: Tyson Fury and his opponent Tom Schwarz both weighed in on Friday for their fight this Saturday night on ESPN+ at the MGM Grand Garden in Las Vegas, Nevada. Fury (27-0-1, 19 KOs) weighed in at a higher than normal 263 pounds at the weigh-in.

There won’t be a world title on the line for the fight, but Fury will have his lineal heavyweight strap up for grabs. This isn’t a real world title. It’s just something Fury attaches to his credentials to let boxing fans know he beat Wladimir Klitschko in 2015. It’s doubtful that Schwarz cares about this, because it won’t help him.

This is seven pounds heavier than what the 30-year-old Fury weighed for his previous fight against WBC champion Deontay Wilder last December. Fury looked like he had a lot of excess weight around his midsection that wasn’t there in his previous fight.

Fury not as trim as Wilder fight

It’s possible that Fury didn’t train as hard for the Schwarz fight as he did in his last fight, because the boxing world sees this fight as a mismatch. In other words, Fury could be making the same mistake that former IBF/WBA/WBO champion Anthony Joshua made in failing to take his opponent Andy Ruiz Jr. seriously. Ruiz came into the fight as a huge underdog, but he shocked the world by stopping Joshua in the seventh round.

It’s also five pounds heavier than the 258 pounds that Fury weighed in for in his match against former world title challenger Francesco Pianeta last August in Belfast. It appears that Fury has put on some fat.

Supposedly, Fury had taken weight off, and was in better shape than he’d been in the past, but that doesn’t appear to be the case. He definitely looked fatter today at the weigh-in than he’d been in his last two fights. Fury’s weight isn’t as bad as the 276 pounds that he weighed in for his fight against

Schwarz (24-0, 16 KOs) weighed in at 245.5 pounds, and looked in good shape. The 25-year-old German heavyweight came in right about at the same weight that he’s been going in at. Schwarz didn’t look like he’d been hitting the refrigerator hard with raids to the icebox for midnight snacks like Fury.

Tom Schwarz could make it interesting

Schwarz looked in excellent shape at 245 pounds today. Granted, this is the highest weight of his six-year pro career, but he looks in good shape. Schwarz says he saw a vulnerability in Fury’s game that he wants to take take advantage of on Saturday. It’s pretty easy to spot the flaws in Fury’s game. He moves his head around, but his fat midsection is already there to be hit. Further, Fury gets tired in the second half of his fights, and he’s easier to hit. He’s 30-years-old now, and starting to slow down a bit. Eating all that food will do it. You don’t get fat like Fury by accident. It takes a lot of food to put flab on, and he’s exercising a lot, but still fat. Too much eating.

“Max Schmeling saw something in the world champion Joe Louis and shocked the world by knocking him out,” Schwarz said to The Telegraph. “Eighty three years on, it’s time for a German to do it again. I have a picture in my mind. I must knock him out to beat him. I have watched all Fury’s fights many time. I know him like myself. We have a plan.”

Fury’s midsection is where Schwarz needs to be targeting, because he can’t get out of the way of those shots. Schwarz may not be the greatest fighter, but he punches well with straight shots to the body. Gilfoid has been watching a lot of Schwarz’s fights, and he goes to the body incredibly well. If Schwarz can invest early to the body, he could turn Fury’s legs into rubber by the second half of the fight. Once Fury has lost ability to move around, he’s just like any feather-fisted heavyweight.

Other weights on the card 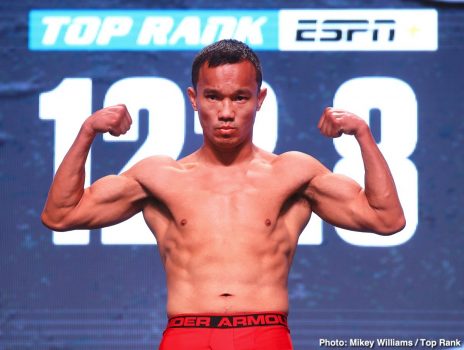 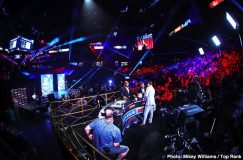 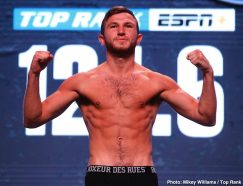 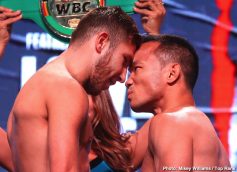 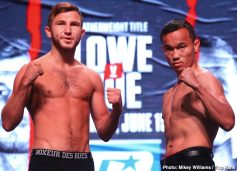 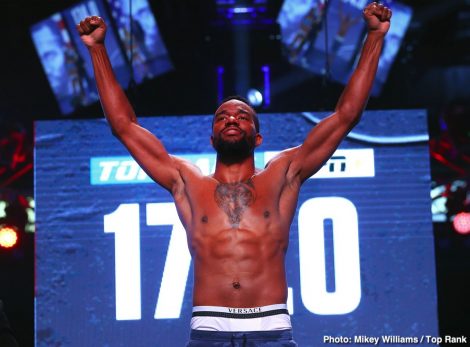 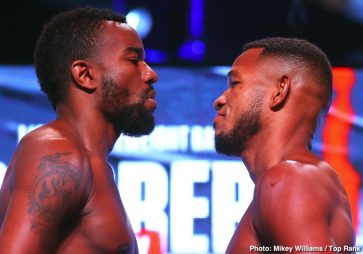 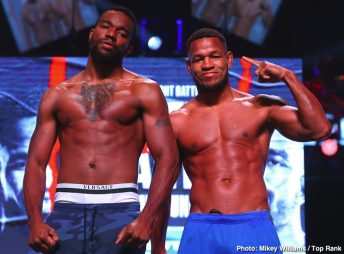 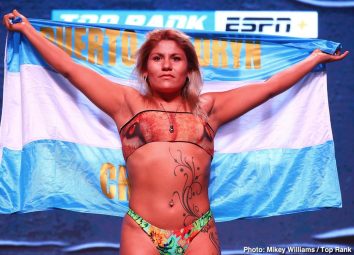 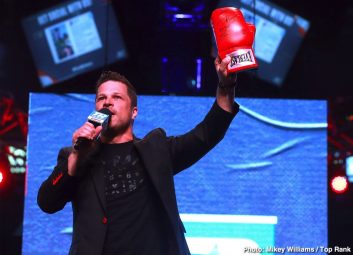 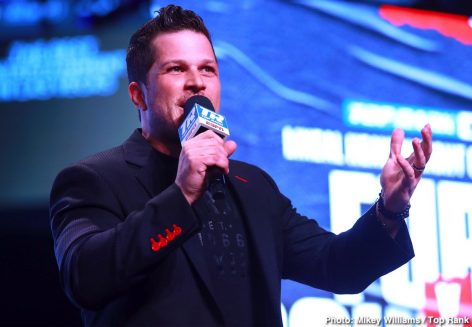 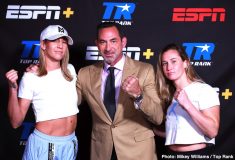 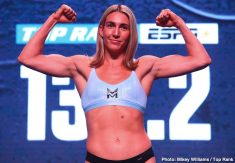 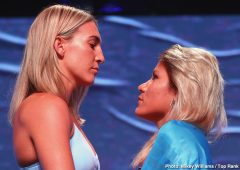 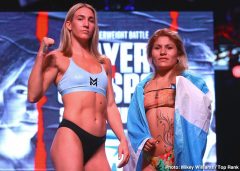 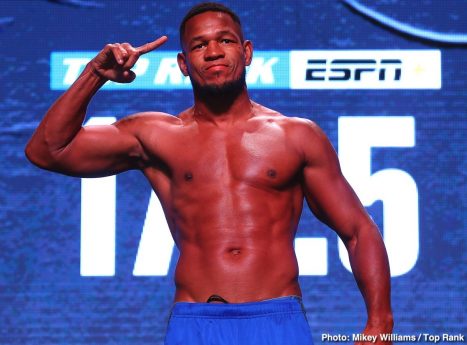 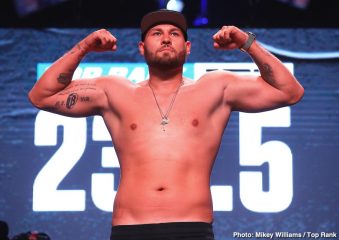 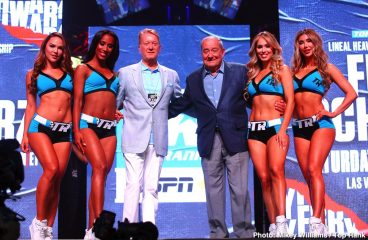 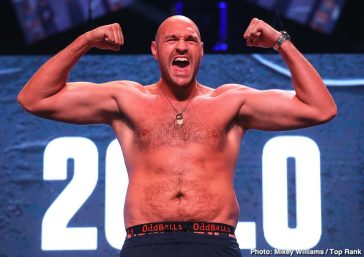 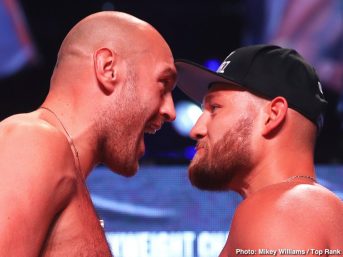 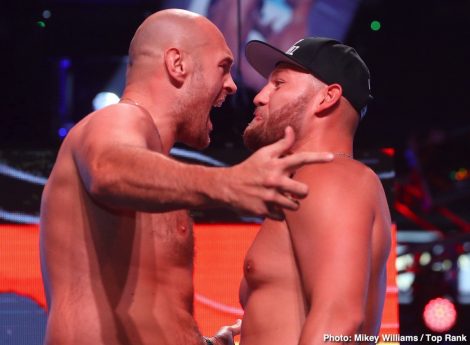 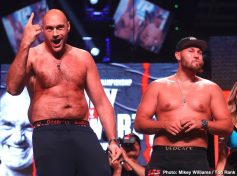 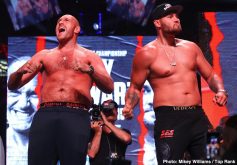 
« Arum hoping Spence vs. Crawford fight can get made in fall