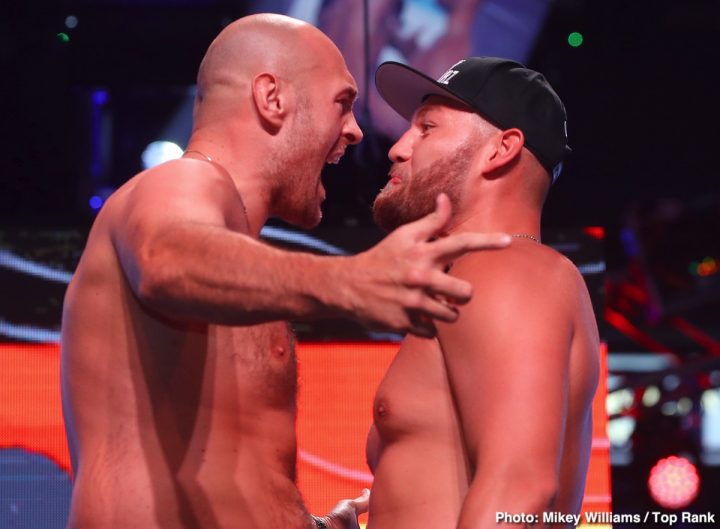 By Kenneth Friedman: Tyson Fury will be receiving a purse of $1 million for his 12 round fight against Tom Schwarz on Saturday night at the MGM Grand Garden in Las Vegas, Nevada, according to ESPN. However, Fury’s purse has an additional guarantee of $12.5 million as part of his contract with Top Rank and ESPN, according to ESPN.

That’s pretty good money for what amounts to be a tune-up level fight for Fury, and not one in which he’ll have a threat of losing.

Schwarz will be getting a purse of $250,000, but he’s expected to make over $1 million, according to Dan Rafael. That’s excellent money for an opponent in a non-title fight against a non-world champion.

Fury vs. Schwarz will be shown on ESPN+. Fury weighed in at 263 pounds on Friday compared to Schwarz’s 245.5 pounds. Although Fury came in a little heavier than in his last two fights against Deontay Wilder and Francesco Pianeta. It’s possible that the extra weight that Fury put on was muscle, because he’s been working hard since his 12 round draw against Deontay last December.

All that gym work has seemingly paid off with Fury having added more muscle, and trimmed off additional fat. Fury has reportedly been knocking down his sparring partners in training camp in preparation for this fight with Schwarz. Fury’s trainer Ben Davison boasts of the progress Fury has made in his conditioning, and he feels he’s a different animal than the fighter that was knocked down twice by Wilder last December.

Fury is calling himself the “lineal heavyweight champion,” but it’s still not the same as him being one of the world champions. Currently, the world champions at heavyweight are Andy Ruiz [IBF/WBA/WBO] and Deontay Wilder [WBC]. There were rumors that the WBO could be stripped from Ruiz, and put up for grabs for the Fury vs. Schwarz fight on Saturday night, but that doesn’t appear to be the case. 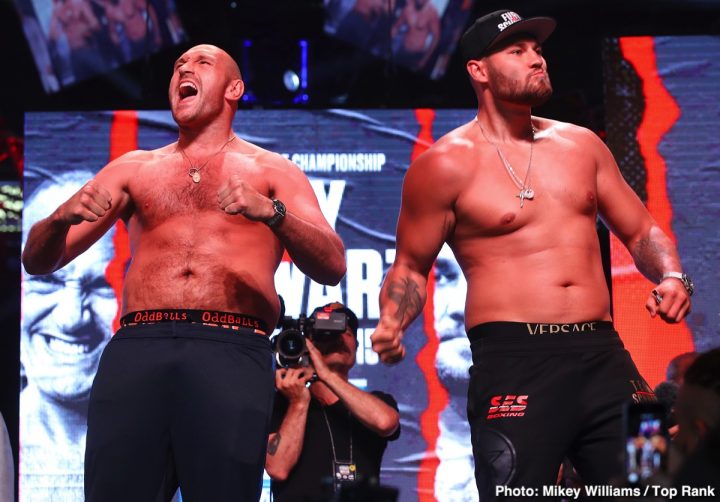 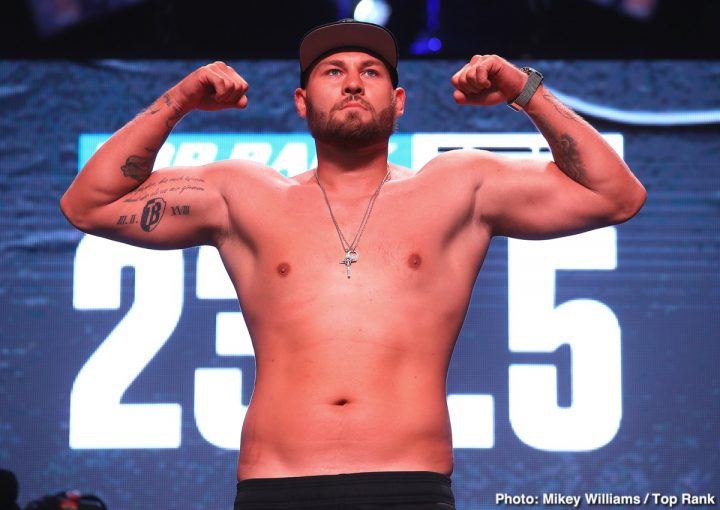 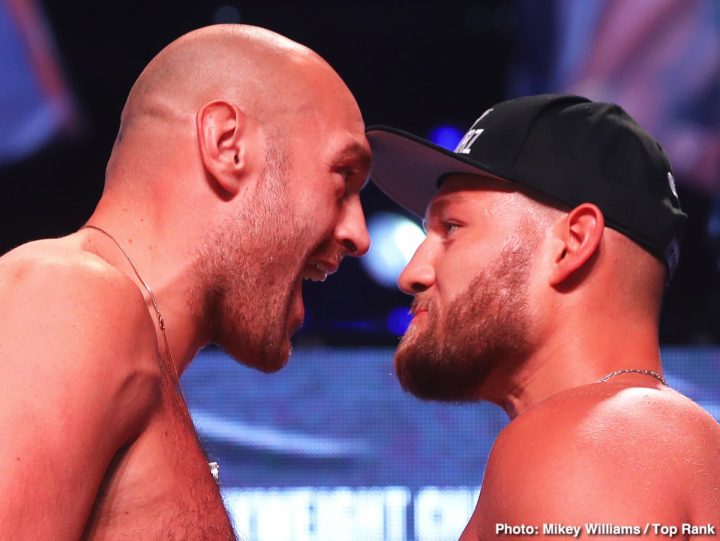 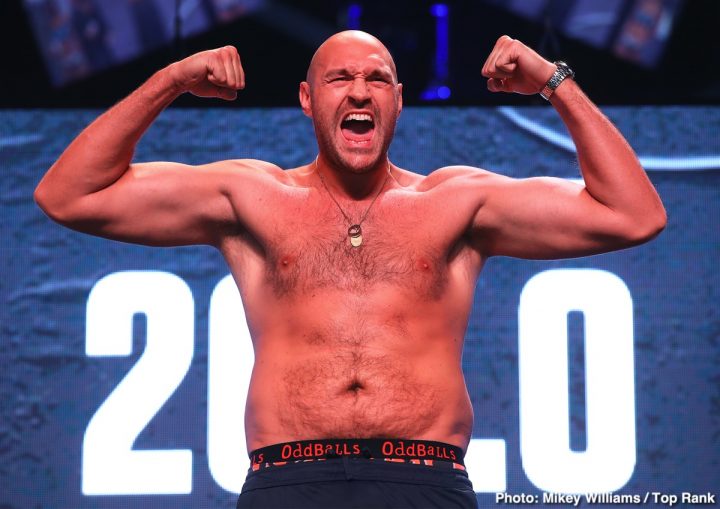 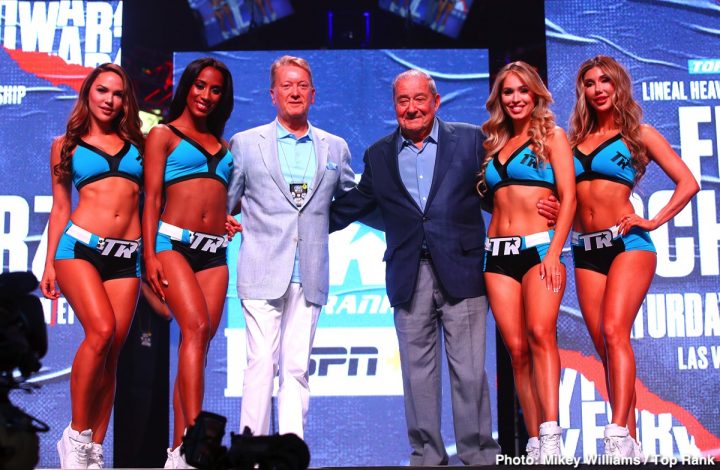 Fury vs. Schwarz: What if Tyson loses? »