Carlos Cuadras added to Ito vs. Herring card on May 25 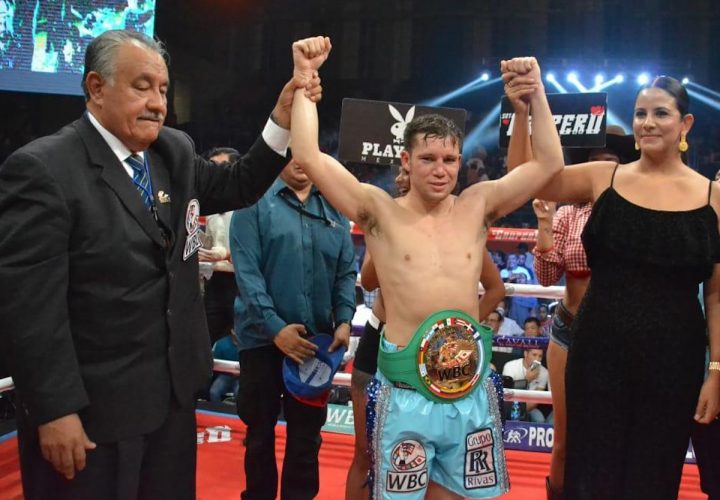 By Dan Ambrose: Former WBC super flyweight champion Carlos Cuadras (37-3-1, 27 KOs) has been added to the undercard of the Masayuki Ito vs. Jamel Herring card on May 25 on ESPN/ESPN Deportes at the Osceola Heritage Center, in Kissimmee, Florida.

Cuadras, 30, a popular fighter in Mexico, will be facing journeyman Daniel Lozano (15-6, 11 KOs) in an eight round fight at bantamweight. Cuadras was to get a career restart at 118 pounds, as he’s outgrown the super flyweight division [115 lbs], a weight class that he’d been competing in for the last 10 years since 2009. Cuadras started out his career at bantamweight in 2008, and he fought his first 12 fights in the weight class before moving down to super flyweight. Cuadras’ punching power was more formidable in the 115 lb. division. Cuadras is currently ranked #2 WBC at 118.

Bantamweight a tough division for Cuadras

At this point, it’s difficult to picture Cuadras doing well at bantamweight. The division is stacked right now with talented fighters like Naoya Inoue, Nonito Donaire, Luis Nery, Ryan Burnett, Emmanuel Rodriguez, Nordine Ouabaali, Zolani Tete, Ricardo Franco and Guillermo Rigondeaux. There are many other excellent fighters in the 118 lb weight class that Cuadras would be competing with.

The talented Cuadras hasn’t fought since defeating Ricardo ‘El Matematico’ Núñez by a seventh round technical decision last August in Mexico. Before that, Cuadras had lost back to back fights to Juan Francisco Estrada and McWilliams Arroyo in 2017 and 2018. The fact that Cuadras has now been out of the ring for nine months, it makes one wonder whether things are going well for him.

Cuadras captured the World Boxing Council super flyweight title in defeating Srisaket Sor Rungvisai by an eight record technical decision on May 31, 2014. Cuadras successfully defended the WBC title five times before losing the belt to Roman ‘Chocolatito’ Gonzalez by a 12 round unanimous decision in September 2016. Cuadras inflicted a lot of punishment on Gonzalez in losing by the scores 115-113, 116-112 and 117-111. That fight showed more than anything that Chocolatito wasn’t going to be the same fighter at super flyweight that he’d been in fighting at 105, 108 and 112. The 115 pound weight division was a bridge too far for Roman Gonzalez.

Cuadras’ career not looking as bright since loss to Chocolatito

Since his loss to Gonzalez in 2016, Cuadras’ career hasn’t been the same. He struggled to defeat David Carmona by a controversial in March 2017 in a fight that a lot of boxing fans thought he should have lost. After that, Cuadras lost consecutive fights to Estrada and Arroyo, and looked extremely poor in both fights. Cuadras looked much better in beating Ricardo Nunez last August, but that was against a journeyman level opponent and not one of the talented fighters at super flyweight.

It’s unclear how much work it was for Cuadras to get down to 115 for his fights at super flyweight. If it was taking a little too much out of him, then it’s understandable why he’s moving up in weight to the bantamweight division. It’s still going to be tough for him to make things happen in that weight class.


« Deontay Wilder: “I can say whatever I please”