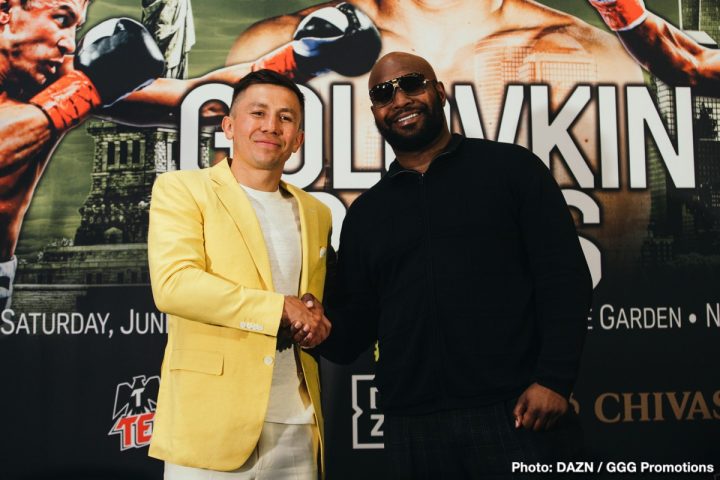 By Sean Jones: Gennady Golovkin is making a new start with trainer Johathon Banks after splitting with former trainer Abel Sanchez. Banks has a different approach to training the former IBF/WBA/WBC middleweight champion Golovkin (38-1-1, 34 KOs) than what he’s been accustomed to, and it remains to be seen whether this new approach will work or not. Golovkin has been fighting the same since he was an amateur. For Banks to try and change GGG’s style by speeding up his slow fighting style, it might prove impossible to do.

GGG is excited about improving as a fighter, as he’s been stuck lately with performances not improving in fights against Saul Canelo Alvarez and Daniel Jacobs. Those fights showed flaws in GGG’s game that he needs to correct for him to keep moving forward.

Banks is helping Golovkin get ready for his first fight of his nine-figure, six-fight contract with DAZN against Steve Rolls (19-0, 10 KOs) on June 8 at Madison Square Garden in New York. This fight will show whether Golovkin can incorporate the things that Banks is trying to teach him. Banks trained former heavyweight champion Wladimir Klitschko for several years. In Wladimir’s defeats against Tyson Fury and Anthony Joshua, Banks wanted him to attack more and let his hands go. Instead of doing that, Wladimir fought cautiously and wound up losing both fights. If Golovkin fails to follow Banks’ instructions as well, he’ll have problems when he faces Canelo again. Golovkin will have no problems against the 35-year-old Rolls though, because that’s a lesser fighter with a low ranking. Team Golovkin selected Rolls as a tune-up/confidence booster level opponent. DAZN apparently was fine with the choice, even though the boxing public has never heard of Rolls, and are less than excited about this match-up. 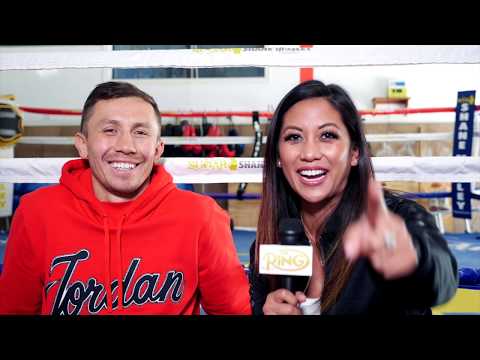 “The biggest challenge is when you’ve had someone that has been doing something for so long, it’s difficult to do something new or different that they have not done,” Banks said. “The first initial thing is there’s always a conversation. Once you get them in a conversation and get their mutual respect going, then it makes the job a lot easier,” Banks said.

Banks wants Golovkin to throw more punches, because he’s too cautious, and he waits too long before he throws shots. All that GGG did in his two fights with Canelo allowed the poor stamina-plagued Mexican star plenty of time to rest in between attacks. If Golovkin had just attacked nonstop, Canelo would have been exhausted, and worn ragged. We saw in Canelo’s fights with Golovkin and Jacobs, he goes downhill fast when he’s attacked nonstop. Unfortunately for GGG and Jacobs, they both waited until the second half of their fights with Canelo to start attacking him hard. This allowed Canelo to win most of the first six rounds of his fight with them, and thus avoid losses. It was surprising that Jacobs failed to apply what he learned from watching the two Canelo-GGG fights. Jacobs gave Canelo too much respect in the first six rounds in their fight on May 4 in Las Vegas, Nevada. By the time Jacobs recognized that he was far behind in the fight, he couldn’t do enough in the last six rounds to win. 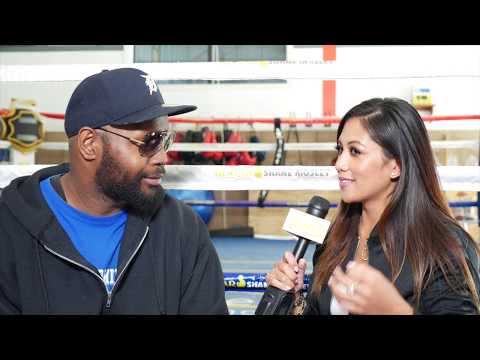 What it appears that Golovkin is trying to say by his comment about wanting to “fight more,” is he wants to throw more punches and attack more. That’s what Banks wants Golovkin to do. It’s what this writer would have Golovkin doing. It obvious from watching GGG’s first fight with Canelo that he’s not throwing enough punches, and he was letting him rest too much. When Golovkin finally started doing well was when he began to attack Canelo in the second half of the fights. Canelo ran out of gas almost immediately, and struggled. What Golovkin needs to do is use the late Aaron Pryor as a model of how he needs to fight guys like Canelo. If Golovkin fought like Pryor used to in throwing nonstop shots, Canelo would have a lot problems with that style. The reason for that is Canelo is a counter puncher, who depends on fighting at a slow pace. Canelo’s stamina is horrible, but most of his opponents are afraid to push the fight against him, because they don’t want to be countered initially. What they don’t realize is Canelo’s counter punching only works when the action is fought at close pace. When Canelo is forced to fight nonstop, he gets exhausted, turns red in the face and starts stumbling around. Watch the final seconds of the 12th round the Canelo-GGG first fight to see an example of this. When Golovkin was pushing a fast pace, Canelo was ragged and falling apart. If Golovkin fought like Pryor, Canelo wouldn’t be able to keep up with that. He would be Alexis Arguello, who twice to Pryor. Arguello was a counter puncher as well with excellent power, but he couldn’t handle the face pace that Pryor set in both fights. Pryor threw nonstop punches, causing Arguello to fall apart like an old car. 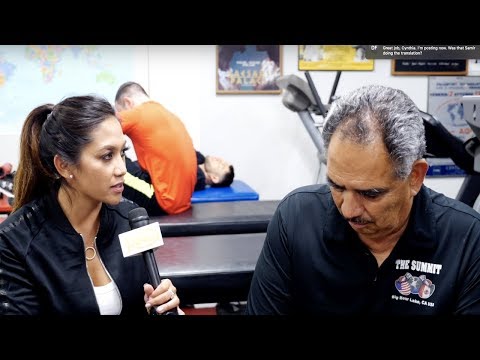 “I think he has loads of talent, a lot of talent,” said Banks about Gennady. “A lot of the talent is untapped, mainly because he has such big power, but I try not to focus on that, because there’s more to him than just power.”

Bank will have a tough job of trying to get Golovkin to fight at a faster pace, because he tends to want to stand and stare at his opponents for a prolonged period of time before throwing a simple jab. Canelo always knew what Golovkin was going to do, because he was so predictable.

”I wanted to get exactly the experience that Johnathon Banks has,” Golovkin said. ”There was, of course, a number of coaches I could have tried, and only with Johnathon all the pieces came together. We are roughly the same age, and stick roughly to the same mind in boxing. I’m constantly learning some new things, and we are making a different approach to the same simple things. I don’t know if it’s better or worse, time will tell. But now we are doing interesting things differently, which we haven’t been done before. I think it will be fruitful,” Golovkin said. 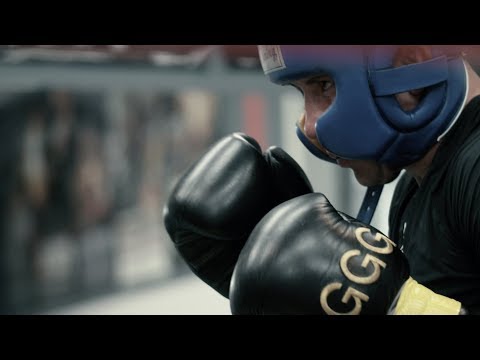 
« Carlos Cuadras added to Ito vs. Herring card on May 25