Sergiy Derevyanchenko vs. Jack Culcay this Sat. on FS1 on April 13 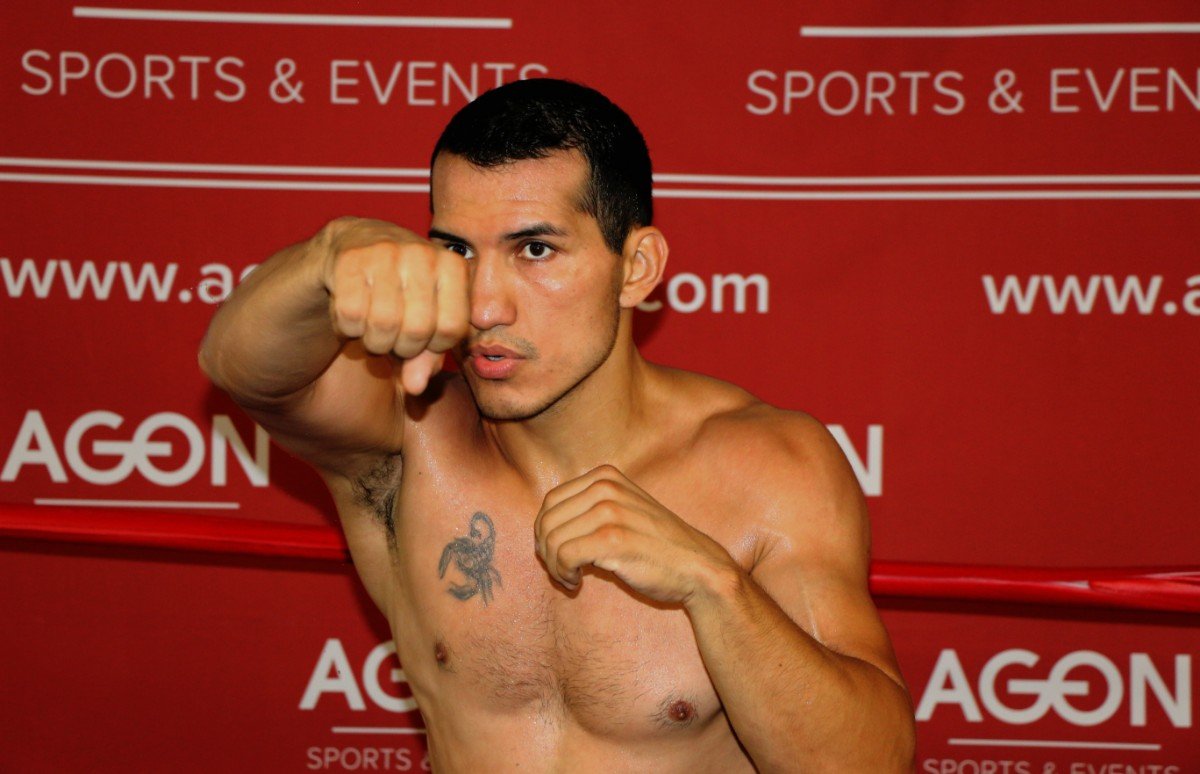 By Mike Smith: Sergiy Derevyanchenko (12-1, 10 KOs) has a chance to put himself in the picture for a title shot if he beats Jack Culcay (25-3, 13 KOs) this Saturday night in their IBF middleweight title eliminator on April 13 on Premier Boxing Champions on FS1 at The Armory in Minneapolis, Minnesota. Derevyanchenko vs. Culcay is the chief support for the Peter Quillin vs. Caleb Truax headliner on PBC. The televised fight card starts at 10:00 p.m. ET/7:00 p.m. PT.

Derevyanchenko, 33, wants another shot at IBF middleweight champion Daniel Jacobs, who squeaked out a 12 round split decision win over him last October at Madison Square Garden. It was a match that was won by Jacobs with his better work in the championship rounds. Derevyanchenko was putting pressure on Jacobs, but he was getting caught with his fast hands. Jacobs was tired as well, and slapping a lot with his punches due to the constant pressure that Derevyanchenko was putting on him.

With all the attention WBA/WBO lightweight champion Vasiliy Lomachenko is receiving this week for his title defense this Friday night against Anthony Crolla, there hasn’t been much talk from boxing fans for the Derevyanchenko-Culcay fight. What interest there has been with this card has mostly been focused on the main event fight between Peter Quillin and Caleb Truax. Never the less, the winner of the Derevyanchenko vs. Culcay card could be involved in a much bigger fight down the road against the likes of Gennady Golovkin, Saul Canelo Alvarez or Daniel Jacobs. Being IBF middleweight mandatory challenger ensures the Derevyanchenko vs. Culcay winner that they’re going to have a big fight opportunity in the future against one of those guys.

The main event fight between former world champions Peter “Kid Chocolate” Quillin (34-1-1, 23 KOs) and Caleb “Golden” Truax (30-4-2, 19 KOs) is an interesting one matching wo fighters the same age at 35, but seemingly at different stages. This is an IBF super middleweight eliminator bout. The winner will be the mandatory to IBF champion Caleb Plant.

Quillin doesn’t look like he has the same interest in boxing as he once did. Since vacating his WBO middleweight title in September 2014, and then taking a year off from boxing, Quillin hasn’t been the same fighter since turning to the ring in 2015. From that point, Quillin has looked poor in fights against Andy Lee in 2015, which ended in a 12 round draw, and lost to Daniel Jacobs by a first round knockout in the same year. Quillin took close to two years off from 2015 to 2017, and came back and beat Dashon Johnson at super middleweight. Last year, Quillin defeated J’Leon Love by a 10 round unanimous decision last September. The inactivity that Quillin has had makes fans wonder whether he still has the love for boxing that he once had. If he’s just going through the motions at 35, he’s probably not going to do well on Saturday night when he gets back in the ring with Truax. The IBF has kept Quillin relevant despite his inactivity by giving him a #4 ranking with their organization. Whether Quillin deserves that high of a ranking or not is debatable. His inactivity in the last four years suggests that he doesn’t deserve to be ranked that night. Still, if Quillin beats Truax on Saturday, he’s going to be in the title picture as the mandatory for Caleb Plant. The IBF could have done better had they put someone like Jose Uzcategui, Jurgen Braehmer or Chris Eubank Jr. in their eliminator with Truax rather than Quillin. It would make more sense for one of those guys. Quillin likely would have been beaten already if he had faced one of those guys and been weeded out.

Truax was seen as a fringe contender at super middleweight until he pulled off a shocking upset in defeating IBF 168 lb champion James DeGale on December 9, 2017 at the Copper Box Arena in London, England. At the time, DeGale wanted to take a voluntary defense to have a winnable fight following a long layoff for him after having shoulder surgery earlier in the year. Truax was ranked #15 at the time by the IBF, and considered by many as a non-threat to beating DeGale. Surprisingly, the heavy-handed Truax stalked DeGale around the ring, trapping him against the ropes and punishing him with hard body shots and uppercuts to the head. DeGale took a real beating in that fight. His previous fight against Badou Jack earlier in the year in January seemed to have taken something out of him, leaving him looking like a shot fighter. Coming off of shoulder surgery obviously didn’t help DeGale.

Peter Quillin is someone I’ve wanted to fight since I first sparred with him in 2012,” said Truax. “I walked away from that experience confident that I could get the job done if we were ever matched together. The fact that it’s taking place at home in Minnesota is even better because my fans are going to give me a huge advantage. My goal is to get back into title contention and win my second world title.”