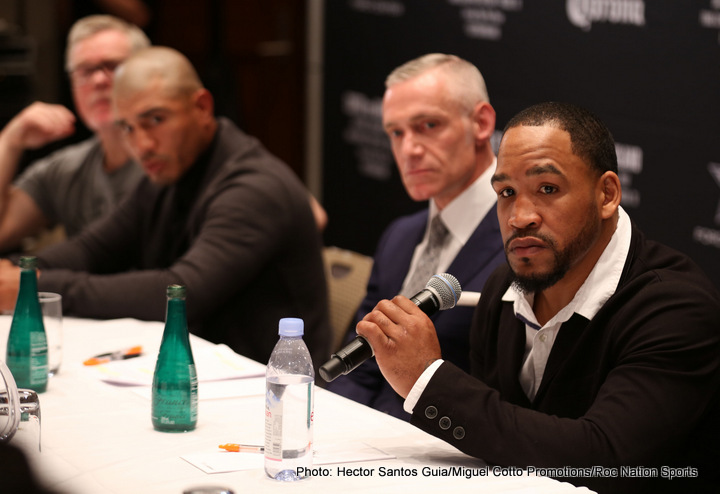 San Antonio, April 16, 2019 – Once hailed as “potentially, the most dominant offensive force in boxing since a prime Mike Tyson”, Kirkland, the aggressive southpaw, intends to reunite with his former trainer, Anne Wolfe, while adding Bay Bay McClinton to his training staff and upstart management company, Davies Entertainment, to help restore his ascent as one of the most powerful forces in the fight game.

“This is a human-interest story as much as it is a sports story” said Cameron Davies, CEO of Davies Entertainment, “James is hungry, he’s reconnected with Anne (Wolfe), we look forward to playing our part to get James back to fighting at a championship level.”

Kirkland represents the second boxer signed by Davies Entertainment in less than a week, having signed Daniel “Da Beast” Baiz to a similar comprehensive management deal. Having made a name for himself by becoming one of the global authorities of mobile business fabrication (www.cruisingkitchens.com), Davies has since launched a creative hub which includes film production (That’s a Wrap), a state of the art mobile recording studio (The Boom Box), a graphic design & large format print company (www.justprintitsa.com) and a marketing consultation division. Said Davies “I have assembled a group of companies that can now be tasked to provide our boxers with resources that extend beyond training, whether film production, merchandise & marketing, or brand mobility we want to attempt to put a more current spin on how we manage our roster, providing resources that may not have been possible or easily accessed in the past.” Said Kirkland “I’m ready!”

That’s a Wrap will document Kirkland’s story with intent to produce a full length documentary of the boxers return to the ring.