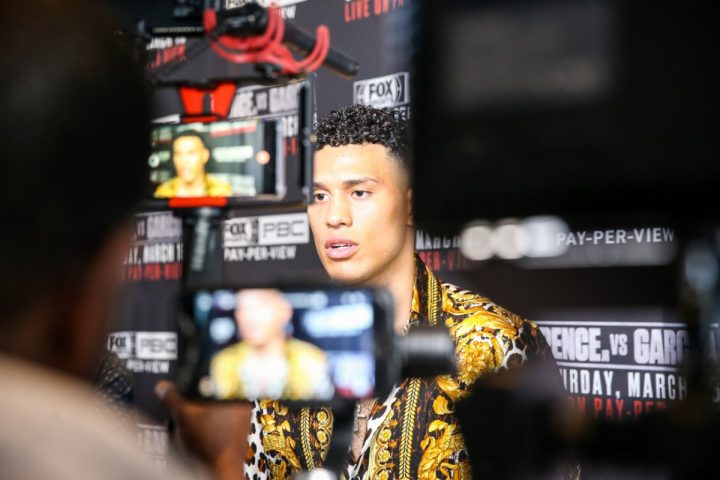 By Mike Smith: The WBC has determined that they will not be ordering an immediate rematch between Anthony Dirrell and Avni Yildirim. WBC ruled that WBC super middleweight champion Dirrell (33-1-1, 24 KOs) will defend against WBC champion in recess, David Benavidez (21-0, 18 KOs) next, and the winner of that fight will face WBC mandatory Yildirim (21-2, 12 KOs). Yildirim, 27, will fight on the Dirrell vs. Benavidez undercard against an opponent still to be determined.

World Boxing Council president Mauricio Sulaiman held a news conference on Monday to inform the media what the WBC’s ruling was about the appeal by Yildirim and his management. They were asking for an immediate rematch with Dirrell due to the controversy from last months’s Dirrell-Yildirim fight on February 23 at Minneapolis Armory, in Minneapolis, Minnesota. The fight was halted after the 10th round due to Dirrell having been cut from a clash of head in the seventh round. The cut worsened to the point where the fight needed to be stopped. The fight then went to scorecards and Dirrell won by a close 10 round technical decision by the scores 96-94, 96-94 for Dirrell, and 98-92 for Yildirim. At the time the fight was stopped, Dirrell looked exhausted, and was starting to get worked over by Yildirim. There’s a very good chance that Yildirim would have won the fight had it gone the full 12 rounds, a Dirrell looked gassed out and weak. The younger fighter Yildirim was taking over.

Here’s what World Boxing Council president Mauricio Suliaman said on Monday at his news conference in addressing the Dirrell vs. Yildirim situation:

“I am very proud of these three fighters. Dirrell is a two time WBC champion who has overcome adversity and defeated cancer, Benavidez is a young man who has come back from the evils of recreational drugs and has found a path for a new life and Yildirim is a national hero hoping to become the first world champion from Turkey, who has dedicated his life with sacrifice and passion to make his dream come true. This is what boxing is all about, the best fighting the best and I applaud the three sides for working together in this process.”

This resolution by the WBC president Sulaiman can’t make Yildirim too happy, because instead of him getting the immediate rematch with Dirrell, a fighter would have a good chance of beating based on their last fight, he’s now got to beat someone on the Dirrell-Benavidez undercard, and then most likely he’ll wind up facing the hard hitting 6’1 1/2″ Benavidez. That’s a VERY bad match-up for Yildirim. He’s a good fighter with some pop in his punches, but Benavidez is pretty special. Yildirim is going to have a nightmarish time trying to get passed Benavidez. If Dirrell doesn’t vacate his WBC 168 lb title, he’s likely going to get knocked out quickly by Benavidez just like J’Leon Love was in losing by a second round knockout a little over a week ago on March 16 in their co-feature fight on the Errol Spence Jr. vs. Mikey Garcia card on Fox Sports PPV at AT&T Stadium in Arlington, Texas.

When the smoke clears later this year, we could have the following champions at super middleweight: