By Allan Fox: After three years out of the ring, former WBO heavyweight champion Shannon ‘The Cannon’ Briggs says he’s going to be making a comeback on June 15. Briggs, 46, didn’t go into details, but he’s saying he’s going to be back on the 15th of June. Briggs claims that Matchroom Boxing promoter Eddie Hearn has been trying to keep him out of the game, and he says he sees him as a “chump.”

Briggs (60-6-1, 53 KOs) hasn’t fought since stopping Argentinian journeyman Emilio Ezequiel Zarate in the first round on May 21, 2016. Briggs was supposed to fight David Haye shortly after that, but the two couldn’t arrange a fight. Haye said that Briggs wanted the fight to be on pay-per-view, and that just wasn’t possible at the time.

Briggs will be turning 47 in July. He looked decent in his last fight three years ago in 2016, but it’s hard to imagine Briggs being at the same level he was at back then. Briggs had a four year break from boxing following his loss to former WBC heavyweight champion Vitali Klitschko in 2010. Briggs took a lot of punishment in that fight in losing a 12 round decision. In 2014, Briggs resumed his career and won nine consecutive fights. Just when it looked like Briggs was in position for some interesting fights, his career stalled out with him not fighting after his win over Zarate in May 2016.

During the interview, Briggs said that he’s interested in getting a place in the UK. If he does that, then it’s possible that he’ll be fighting over there to try and rejuvenate his career. There will be some interesting fights for Briggs if he can start fighting again soon. 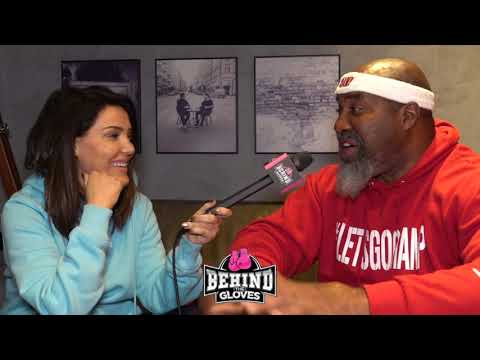