In exactly one month American Regis Prograis (23-0, 19 KOs), the WBC 140lb Diamond champion, will be battling Belarus’ WBA title-holder Kiryl Relikh (23-2, 19 KOs) in the WBSS super-lightweight semi-final at the Cajundome in Lafayette, LA, USA. Fans in the U.S. and Canada can watch all the Ali Trophy semi-finals LIVE, exclusively on DAZN.

Tuesday afternoon the New Orleans native, who is now living and training in Houston, entered the pre-fight press conference at the Cajundome oozing confidence on the top of a fire truck.

“I’m very excited to be here,” said Prograis who will be giving free tickets to first responders to attend the fight. “It’s like perfect here in Lafayette because it is the middle ground between New Orleans and Houston, my two homes. I just can’t wait to get it on!

“Hopefully, we’re going to fill this stadium up and it’s going to be one of the biggest events this city has ever seen. This is not a city, state, national … this is a world event. This show will be all over the whole world.”

Prograis’ manager, Sam Katkovski, talked about the magnitude of fighting for the Muhammad Ali Trophy, the greatest prize in boxing.

“I went to Moscow last year with Regis and his trainer Bobby (Benton) to watch the cruiserweight final of the World Boxing Super Series and saw the presentation of the Muhammad Ali Trophy for the first winner Aleksandr Usyk,” said Katkovski and continued:

“I don’t think I have seen a trophy that incredible. If you don’t know who Muhammad Ali is I don’t know where you been the last 50-60 years. But the fact he was able to give his name to this trophy and the fact that we are fighting for it is an honour for myself and Regis … to be fighting for a trophy of that calibre.”

‘Rougarou’, the tournament No. 1 seed, is thriving under the big lights in the quest for the Muhammad Ali Trophy.

“I think the WBSS is a real good platform for boxers because it’s the best fighting the best. You can’t run around or hide behind managers and promoters and I want to fight world champions, former world champions and undefeated fighters in order to show I’m the legitimate best at 140.”

Trainer Bobby Benton feels assured that his boxer will take home the Trophy in the super-lightweight division.

“I am 100% confident of Regis beating Relikh and going all the way and win the tournament,” said Benton. “It’s fun training Regis, he is special. He makes me look good.”

On one of his final days of training in Southern California, WBC Diamond Super Lightweight Champion and the #1 Ranked Super Lightweight Regis “Rougarou” Prograis (23-0, 19 KOs), of New Orleans, LA, swung open the doors of his training camp to the media in Santa Monica, CA.

Promoted by DiBella Entertainment, Prograis will head to Houston, TX, next week as he continues preparations for his world championship showdown against WBA 140-pound World Champion Kiryl Relikh (23-2, 19 KOs), of Minsk, Belarus, in the semi-finals of the World Boxing Super Series set for Saturday, April 27, at the Cajundome, in Lafayette, LA. The fight will be telecast in the United States on DAZN.

Below are quotes from Regis at the media workout.

“This is my biggest fight, my first true world title fight and, mentally, the biggest fight of my career. Nothing will stop me from getting this belt.”

“I believe we will have a very big crowd on April 27. It’s about a two-hour drive from New Orleans and my fans have been wanting to see me fight for a world title.”

“Training camp is always hard, but we make it as fun as possible. I started training here for two weeks and then finish in Houston until fight week.”

“Hopefully, at the end of this tournament, I’ll be a unified world champion and have the Ali Trophy. The best fighters in the 140-pound division are in this tournament.”

“I felt great in my first tournament fight against Terry Flanagan. It was a fun fight and I was very relaxed. It was one of my best performances.”

“I can change my style if I have to. Whatever Relikh tries, I can beat him at it. Like always, whatever I feel like doing is going to happen. No one at 140 can stop me.”

“As long as the other belt holders don’t hide behind their promoters and networks, I’ll have the opportunity to become undisputed, that’s my goal. I want to prove what people are saying about me being the best 140lb. fighter in the word. It’s nice to have it said, but I want to prove it in the ring.”

“Jose Ramirez almost lost his last fight. Imagine if he got hit by me with the shots that Zepeda hit him with. He would have gotten badly hurt and knocked out for sure.”

“Relikh and I are two top five fighters fighting each other. You look at Maurice Hooker and Jose Ramirez and see their lack of competition. They’re not fighting top ten guys. For me, boxing is about the best fighting the best.”

Tickets, starting at $25, for the WBSS Super Lightweight and Bantamweight Semi-Finals are available through Ticketmaster here. 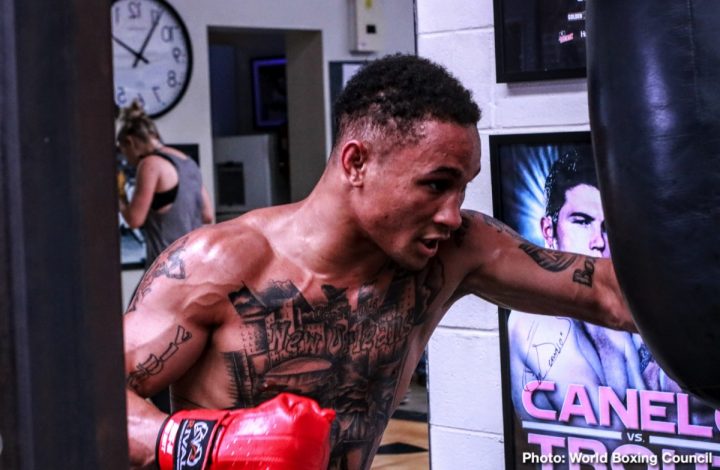 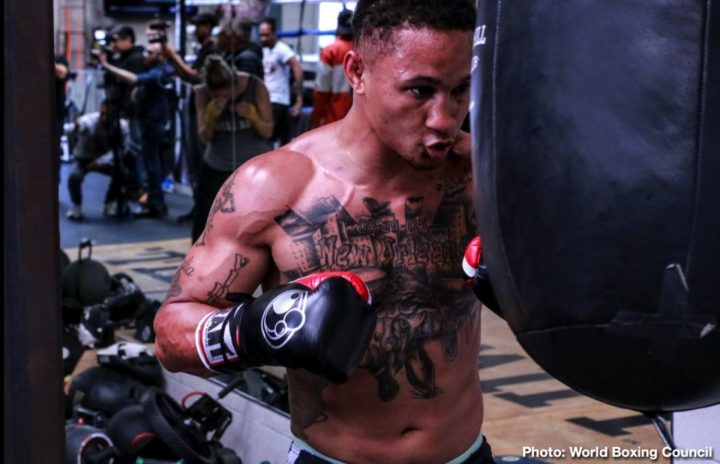 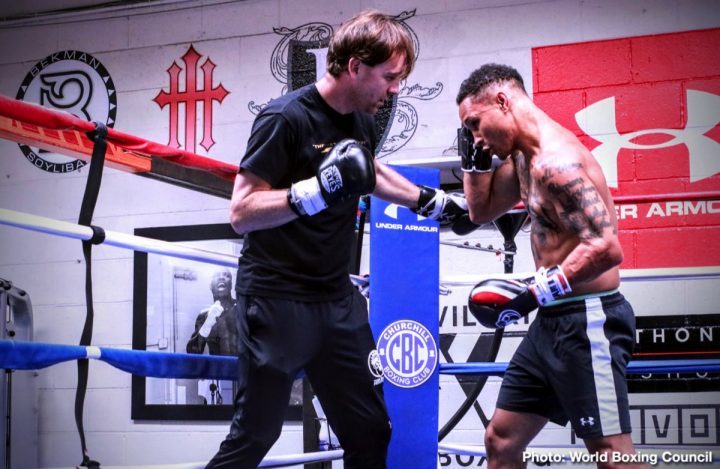