Mares: Pacquiao is NOT fighting Spence next; will fight Thurman instead 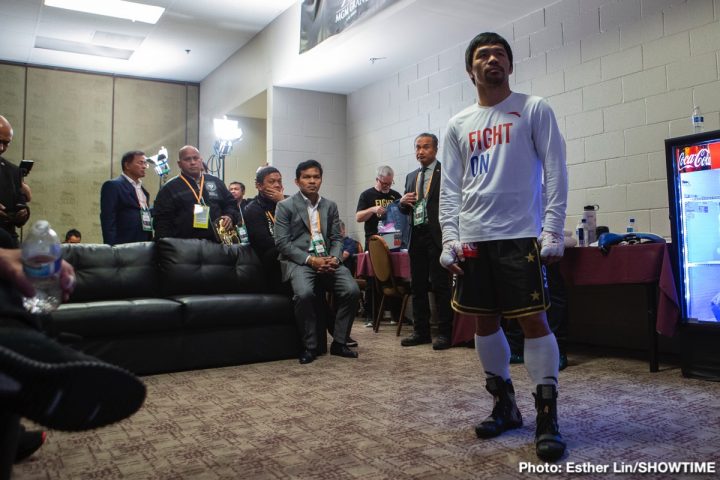 By Mike Smith: Abner Mares has revealed that Manny Pacquiao will not be fighting Errol Spence next, but rather Keith ‘One Time’ Thurman instead. Mares says the 40-year-old Pacquiao wants no part of fighting unbeaten IBF welterweight champion Spence (25-0, 21 KOs) despite having agreed to fight him next.

Mares says Pacquiao (61-7-2, 39 KOs) will take on WBA Super World welterweight champion Thurman (29-0, 22 KOs), which he feels will be an excellent fight and great style match-up for the former eight division world champion from the Philippines.

Former three division world champion Mares (31-3-1, 15 KOs) thought for sure that Pacquiao would take the fight with Spence next after he entered the ring this month after Spence’s win over Mikey Garcia, and agreed to fight him next. Fighters are allowed to change their mind, and evidently, Pacquiao has decided to go in the direction of Thurman, according to Pacquiao. The timing is perfect for Pacquiao to take on the 30-year-old Thurman, who has fought just once in the last two years in struggling to beat fringe welterweight contender Josesito Lopez (36-8, 19 KOs) by a 12 round majority decision on January 26. Thurman labored to a victory, and looked like he’d lost a significant part of his game due to inactivity and injuries. Lopez came close to knocking Thurman out in the seventh round after hurting him with a left hook to the head.

“I don’t think it’s going to happen,” Mares said to Fighthype about the potential fight between Manny Pacquiao and Errol Spence Jr. “I think Pacquiao is looking at Thurman. I know he [Pacquiao] doesn’t want any piece of Errol Spence right now. I find that hard to believe. I thought that was going to happen, when Pacquiao went into the ring, and he called him out; they called each other out,” Mares said about Pacquiao going into the ring and accepting the challenge to face Spence next after his fight with Mikey Garcia on March 16 at AT&T Stadium in Arlington, Texas. “Then I heard Errol Spence is fighting Shawn Porter. That’s not official, but they may fight,” Mares said.

Thurman has really lost a lot from his game since his fight with Danny Garcia in 2017. Off of Thurman’s last performance against Josesito Lopez two months ago, Pacquiao would have a very good chance of beating ‘One Time’ and beating him badly if he pushes the pace of the fight. One thing you can expect with Thurman is for him to be retreating all over the ring each time Pacquiao looks to engage with him. Thurman made his last fight against Lopez look bad with the way he was constantly backing away from him when he would come forward. If Pacquiao goes into the fight knowing that he’s going to need to chase Thurman, it could be an interesting contest. If Pacquiao let’s Thurman come forward to throw one or two punches and then run away all night, he’ll lose the fight for sure. Danny Garcia created the perfect blueprint in how to beat Thurman by applying constant pressure. Garcia didn’t use the right game plan in the first six rounds by letting Thurman come forward to engage. Once Garcia started walking Thurman down in the second half of the fight, he took over completely and had ‘One Time’ looking in distress.

Pacquiao looked a lot better in winning his recent fight against Adrien ‘The Problem’ Broner last January than Thurman did against Lopez. That doesn’t mean that Pacquiao will beat Thurman. We’ll have to see what happens when or if the Pacquiao vs. Thurman fight gets made. It’s a fight that Thurman definitely wants though. After his win over Lopez, Thurman called out Pacquiao, saying that it would be “an honor” for him to fight him. It would have been great timing for Pacquiao to accept the fight with Thurman at the time instead of letting the opportunity pass him by. Now that Pacquiao has beaten Broner, and Thurman finally returned to the ring with victory over Lopez, the timing is right for them to face each other. The positive that would come out of the Pacquiao vs. Thurman fight is one of the World Boxing Association’s welterweight titles will temporarily be eliminated.

“So what I think is there for Pacquiao is Thurman, and I think Thurman is a really good fight for Pacquiao, because of the styles,” Mares said. “It’ll be an interesting fight. It’s a difficult one for both; more for the older Pacquiao, but Pacquiao has so much experience. He’s so well, an all around fighter at his age right now, and he doesn’t show it. You saw his last fight against Broner. He’s just that good of a fighter. Age is just a number for him. We all want to be there. I’m only 34,” Mares said.

Spence is the much harder fight for Pacquiao than Thurman, who is looking he’s on the decline at 30. The injuries and the two years out of the ring hasn’t helped Thurman’s game. Some boxing fans think Thurman’s mind is no longer focused on boxing at this point of his life. Thurman likes to read a lot, and he seems to have other interests now besides boxing that take up his time. Pacquiao, 5’6″, is about the same size as Mikey Garcia, and that’s probably too small for someone to be trying to compete with the 5’9 1/2″ Spence, who is not only a lot taller, but naturally bigger and stronger than the Filipino star. Pacquiao going in the opposite direction of Spence wouldn’t be a surprising move. It would a situation where Pacquiao is doing what’s right for his career in going after the softer target, Thurman. Although there’s 10 years that separate Paccquiao and Thurman in terms of age, but the two are about the same physically. One can argue that Thurman’s body is as brittle as a 40-year-old. If Pacquiao does decide to fight Thurman, he should have a good opponent on standby that he can fight if ‘One Time’ suffers an injury during training camp that causes the fight to be postponed for a long duration.

Spence vs. Porter is a decent fight, but not as interesting as it would have been the recent Porter vs. Yordenis Ugas contest this month. Ugas exposed Porter by getting the better of him, only to have the judges score it for Porter by a controversial 12 round split decision. The boxing world saw Porter as the loser in that fight. Ugas outboxed Porter, and got the better of him with his power shots. Spence is too big, strong and talented for Porter. If Porter decides he wants to take the fight to the inside against Spence, we see an early knockout of Porter. 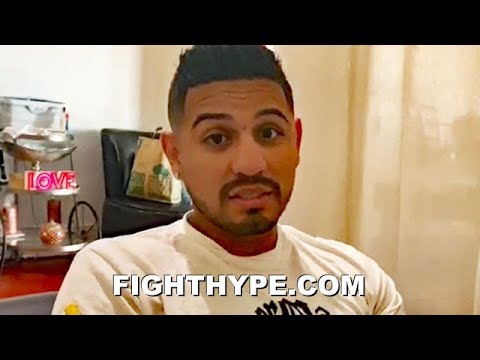