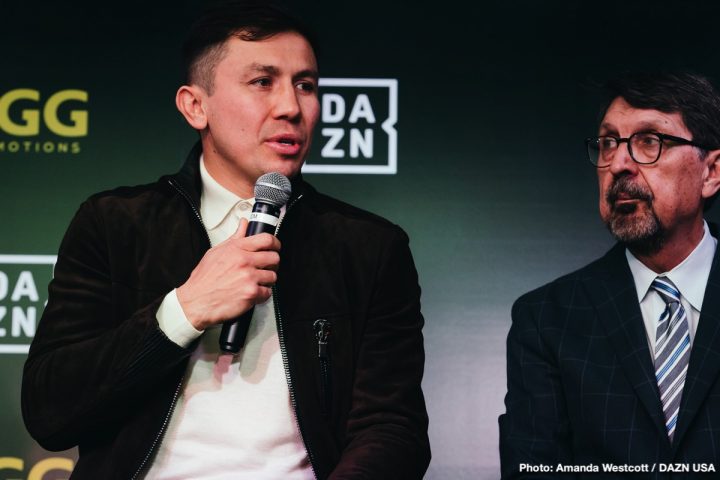 By Jim Dower: Brandon Adams has confirmed that he’s received offers to fight former middleweight champion Gennady Golovkin and interim WBC belt holder Jermall Charlo. Adams (21-2, 13 KO) hasn’t decided which of the two he’ll fight. Speaking to Thaboxing Voice, Adams says he sees both fights as being interesting ones for him.

Adams says he sparred Golovkin many years ago at Big Bear, California, and that the Kazakh fighter got the better of him at the time. Adams says he’s never been hit harder during his career than he was by GGG during the sparring session, which had four minute rounds.

Golovkin (38-1-1, 34 KOs) needs an opponent for his first fight on DAZN in early June to get him ready for a possible third fight against Saul Canelo Alvarez in September. With GGG coming off of a loss to Alvarez from last September, and a longer than usual timeout from boxing, it makes sense for him to fight a guy like Adams. Golovkin didn’t intentionally take extra time off from the sport. He needed to fight a new network platform to fight on after HBO, who had been signed for close to six years, decided to stop televising boxing.

With boxing in the U.S essentially split into three different leagues [DAZN, Showtime and ESPN], it makes things more difficult for the management for GGG to find him an opponent to fight in June. Although DAZN does have Canelo, Danny Jacobs and Demetrius Andrade signed with them, those guys are not options for Golovkin’s next fight in June. The three different leagues/networks will continue to make it tough in the future to find opponents for Golovkin and Canelo that are able to fight on DAZN. Things being split off like this means that a fighter might not always get the best possible opponents. It’s unclear what DAZN’s input is for GGG’s next fight. If Golovkin ends up fighting Adams, or a fighter like him, then it would likely be a situation that DAZN agreed to or wanted. Golovkin fighting Andrade would make more sense, but it’s unclear whether DAZN would want that fight to happen this early.

Golovkin is getting a lot of money with his new contract with DAZN, but it’ll be disappointing if he’s unable to fight the better fighters on a consistent basis.

Adams is ranked highly with the World Boxing Association at #3 at middleweight, but he’s not beaten anyone well known that would indicate that he can be competitive against Golovkin or Jermall Charlo. Adams has recent wins over Shane Mosley Jr. and Ievgen Khytrov, but those guys aren’t super talents. Adams lost twice when he stepped up the level of his competition against John Thompson and Willie Monroe Jr. 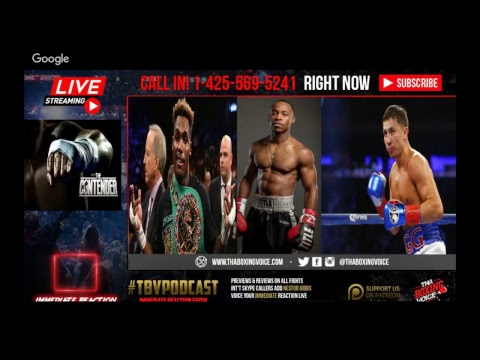