Omar Douglas Q&A: ‘I’m not going to let Lee Selby or anybody else stand in the way’ 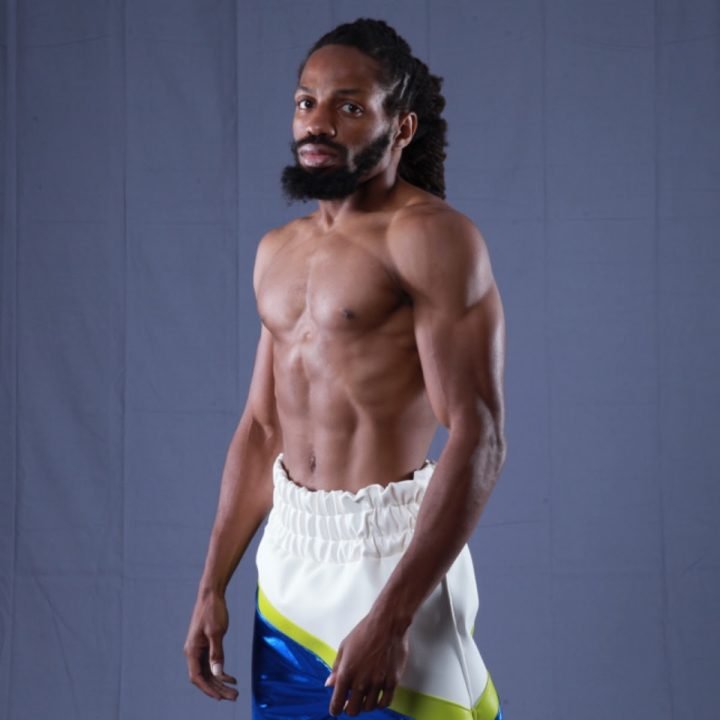 By Ian Aldous: On Saturday February 23rd, live on ITV Box Office from the O2 Arena in London, Omar Douglas (19-2) will attempt to shock the world when he battles former featherweight world champion, Lee Selby (26-2) on the DeGale vs. Eubank Jr. undercard. The lightweight debut of Selby will be matched as a fight for him to win and become Wales’ first-ever two weight world champion – ‘Super O’ Douglas has other ideas. Earlier this week, the fighting pride of Wilmington, Delaware took some time to talk with me over the phone about his date with destiny.

IA: In just a couple of weeks, you’ll be in London for a huge night of PPV boxing. What are your thoughts on Lee Selby as a fighter and have you seen many of his fights?

IA: When do you plan on arriving in the UK?

OD: I should be there sometime late next week.

IA: He’s moving up, not one, but two weight classes. Nine of his twenty-six wins have come inside the distance, how do you think his power will transfer from featherweight to lightweight? Do you expect to be able to walk through what he has to offer?

OD: I believe so. That’s how I got the name ‘Super O’, sparring guys that fight at 140 lbs, 147 lbs or 154 lbs and handling them guys at that weight. So, I’m pretty sure that there’s nothing he’ll be able to present power-wise that I can’t handle. Throughout my career, my chin has been pretty granite. I’m really not concerned too much with the power, but it is boxing, the gloves are small – it only takes one shot. With me being a big puncher, I know that works both ways.

IA: He’s a long-time champ at featherweight and will undoubtedly be chasing a world title shot at lightweight – if you were to upset the odds, do you think a win guarantees you a world title fight?

OD: Oh yeah, most definitely. This is a big opportunity for me, the perfect opportunity and I just believe that this fight right here definitely gets me a world title shot, for sure.

IA: What do you believe is your biggest strength?

IA: What is Lee’s biggest weakness?

OD: He likes to punch and he doesn’t always return his hands well and I just see that working well for me. I just don’t think he’s that good of a defensive fighter and sometimes he can get a little bit gung-ho and fight inside, and I believe that works in my advantage as well.

IA: You’ve been a pro for eight years now, how much do you enjoy the unique life of a professional prize-fighter?

OD: I love it. It’s something I’ve been looking forward to since I was a kid and it’s always been my dream to be a world champion. I’m currently living part of my dream and I’m not going to let Lee Selby or anybody else stand in the way of a dream that I had since I was a child.

IA: After winning your first seventeen bouts, it must have been tough to lose two close, competitive fights with Javier Fortuna and Edner Cherry? Did you lose motivation or did it make you even hungrier?

OD: It made me even hungrier. It made me understand the game for what it was and it is a business first and foremost. In those fights, I learned a lot about myself and being able to deal with them guys. Those are the guys that nobody in the division wants to face. Those are the guys that people skip over normally and me being the kid that I am – I had to fight them guys. I believe it showed me a lot about myself and actually showed the boxing world a lot about Omar Douglas.

IA: You dropped Fortuna, a former world champion. How did you score that fight watching it back yourself. Are you able to be unbiased?

OD: Yeah, I can be unbiased.

IA: How did you score it?

OD: I really never scored it by rounds. Actually after the fight, I thought that I had done enough to win. But, through watching it in the gym, plenty of times, I watched it and it could have went either way. I believe that he might have been a little bit busier and that can go a long way in professional boxing. Sometimes guys ain’t got to be doing much, they can just look busy and you can win rounds that way.

OD: I predict a good fight and definitely a crowd pleasing performance. I believe that I will most definitely come out on top. As far as a knockout goes, it can go either way, but if he tries to press me or anything like that – it can definitely be an early night.

Alongside the headliners, the PPV show will include a first-rate undercard, which is already confirmed to feature the return of Lee Selby. The former IBF World Featherweight Champion will make a daring move up two weight classes to face hard-hitting American Omar Douglas with a championship title on the line. And, as a bonus for fight fans, the ITV Box Office programme will include live coverage of the WBC Super Middleweight title fight between Anthony Dirrell and Avni Yildirim. All the action from this clash will come live from Minneapolis, Minnesota following the conclusion of DeGale v Eubank Jr.